Solution on How to Play iTunes M4V Video on Ubuntu Device

"My purchased and rented iTunes M4V video cannot be played on Ubuntu successfully. What happened actually? Is there any helpful solution to play iTunes M4V videos on Ubuntu? Looking forward to your help. Thanks a lot."

Many of you may have encountered the problem of not playing M4V video on Ubuntu. And you must want to solve the problem and move M4V videos to Ubuntu for enjoying. Fortunately, there are powerful solutions for you to watch the iTunes movies on Ubuntu. To make it, you'd better learn more about Ubuntu and get to know the solution in detail.

Ubuntu is an open source operating system software based on GNU/Linux for computers, which is more secure and clean compared with Windows so that it is quite popular among program developers. Till now, Ubuntu is more and more popular among many mobile devices manufacturers so that it is available for tablets and phones as well such as new Ubuntu smarts phones Aquaris E4.5 and E5 HD, Meizu MX4 etc.

(2) The Reasons Why can't Play iTunes M4V Video on Ubuntu

As a matter of fact, Ubuntu was supposed to play common DRM-free M4V videos rather than the DRM protected M4V video. However, the iTunes M4V video are encrypted by the Apple FairPlay DRM copyright protection so that it cannot be played on Ubuntu. Since the purchased or rented iTunes M4V video won't work because of the DRM protection until you authorize the device. Besides, Only 5 devices can be allowed to be authorized. Moreover, Ubuntu can't install iTunes directly, which makes it impossible to play the DRM M4V files as well. These are reasons why you can't play M4V video on Ubuntu. To watch the iTunes movies on Ubuntu, you should at first get rid of DRM protection from iTunes M4V videos and convert M4V to MP4 with the powerful software--Leawo Prof. DRM.

Part 2. Remove DRM from iTunes m4v video and convert m4v to mp4 for playing on Ubuntu with Leawo Prof. DRM

Leawo Prof. DRM is one of the most powerful software which is designed as an iTunes DRM removal program and a DRM media converter. It is developed to get rid of DRM protection from iTunes M4V videos you purchased or rented from Apple Store, from iTunes M4P music and M4B audiobook as well. Meanwhile, it can also convert the M4V/M4P/M4B to other commonly supported formats, such as MP4 and MP3 so that the converted files can be played freely on other devices or media players. Thus, with the help of this program, you are supposed to transfer iTunes M4V videos to Ubuntu devices with the original quality reserved in simple steps. Just download and install it, then run it to get rid of DRM protection from iTunes M4V videos beforehand and convert M4V video to MP4 with the following guide.

Note: Make sure you have authorized the Computer with your Apple ID so that you can run iTunes. While you are not suggested to run iTunes when you start TunesCopy.

Start TunesCopy to enter the main interface, then you click "Add Files" to pop up the add file panel where you can choose the iTunes M4V video files you need for importing. Or you can drag and drop the target iTunes M4V video to the middle of the program interface. 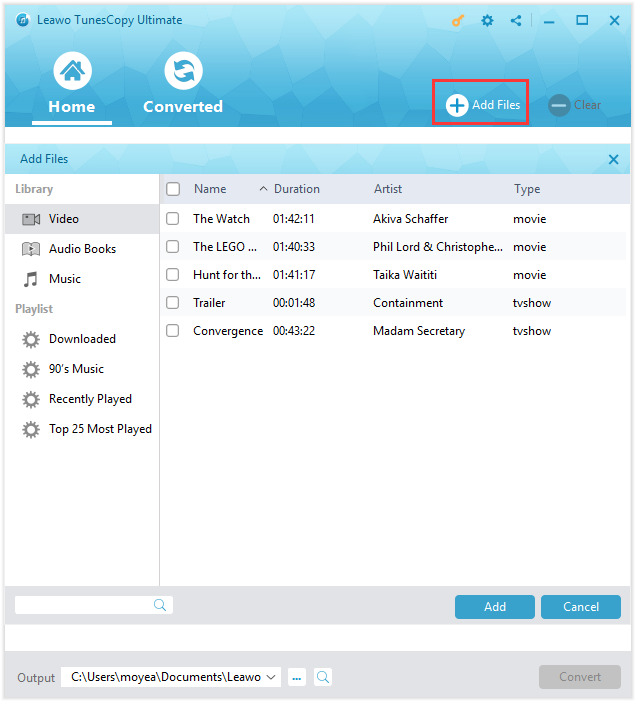 Check all the imported M4V video files under the category "Video", choose one and click "Edit" to select the proper audio tracks and subtitles you prefer for the output files. 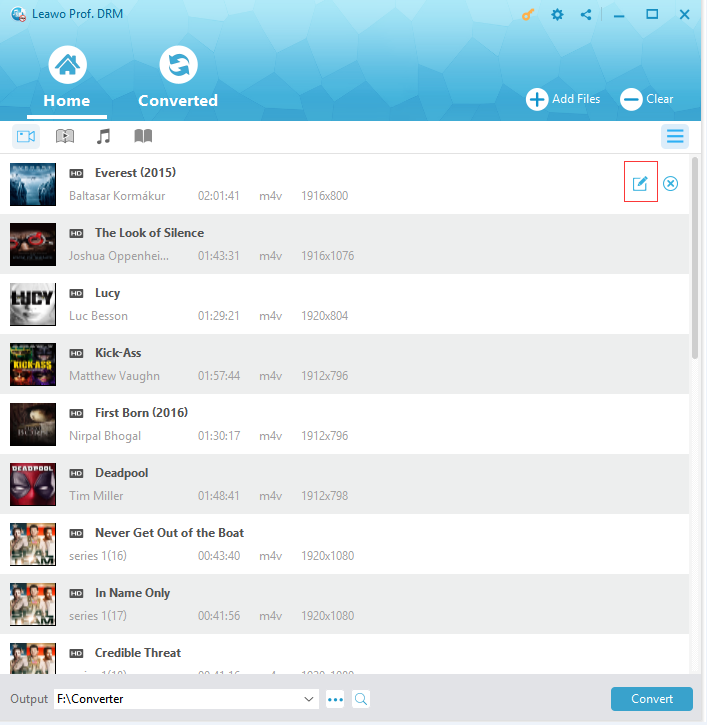 Click "..." at the bottom of the home list and choose a proper directory for keeping the output video files. STEP4: Remove DRM from M4V and Convert M4V to MP4

Click the blue "Convert" button next to the directory setting box, and it will start to remove the DRM from the iTunes M4V movies and convert M4V to MP4. After several minutes, the DRM will be removed and you will get MP4 video files. After the process completes, you can find the DRM free iTunes video in MP4 under Converted section and you can open the video directly or find the locations quickly with the search bar at the bottom. 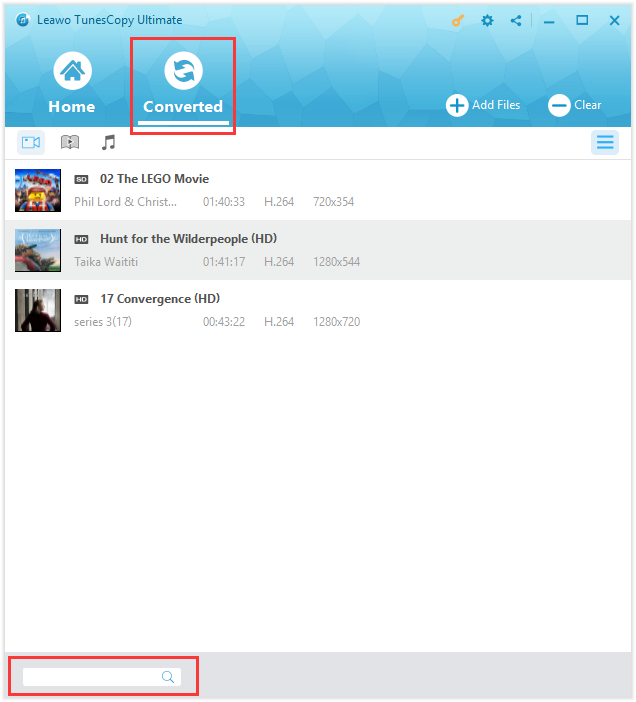 After removing DRM from iTunes M4V videos, you can transfer iTunes M4V videos to Ubuntu device as freely as you like. Certainly, there are also some media players recommended that may help you watch the iTunes movies on Ubuntu.

To open M4V videos on Ubuntu and play the DRM free iTunes movies, you are supposed to install some great media players that can make the movies more enjoyable.

VLC is a free and open source cross-platform multimedia player and streaming media server which is available for all operating systems and mobile platforms like Android, iOS and Windows Phone. It can work for most multimedia files in MP4, MKV WMV, etc. as well as DVD, Audio CD, VCD, and various streaming protocols. You can definitely download VLC and install it to watch the iTunes movies on Ubuntu. 2. SMPlayer for watching the iTunes movies on Ubuntu

SMPlayer is a free media player for Windows, Linux with built-in codecs which can play all audio and video formats. With SMPlayer, you can not only play YouTube videos but also watch the iTunes movies on Ubuntu with many advanced features like video and audio filters, and change of the playback speed. Miro is an open-source audio, video player and Internet TV platform, which supports most known video file formats. It can run well on Microsoft Windows, Mac OS X, FreeBSD and Linux. Besides, Miro has some great features. For example, it will remember where you stopped watching a video and will start at that point when you play it again. So when you watch the iTunes movies on Ubuntu, you can enjoy more. To sum up, the powerful software Leawo Prof. DRM help you get rid of DRM protection from iTunes M4V videos and convert M4V to MP4 so that you can freely move M4V videos to Ubuntu for enjoying. And the excellent media players available on Ubuntu can bring more entertainment to watch the iTunes movies on Ubuntu as well. Feel free to have a try and you will get enough fun here.