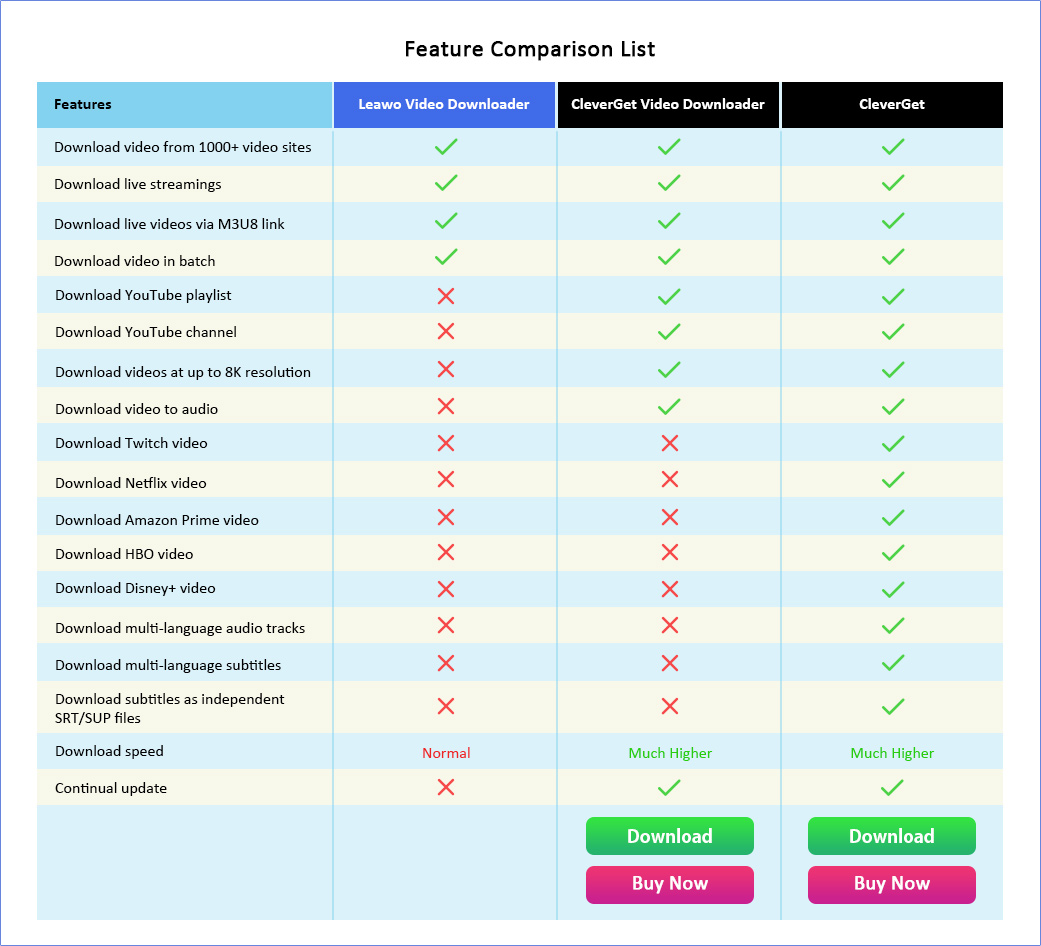 Convert Any Videos and Audios 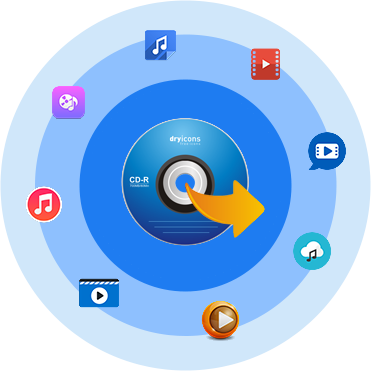 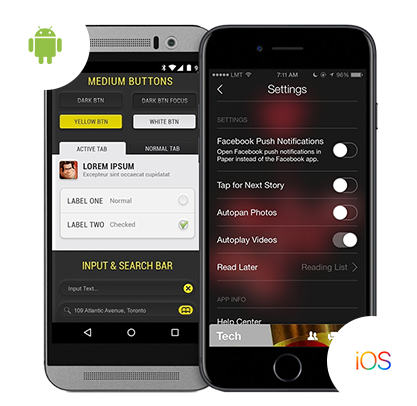 Output for Any Apple and Android Devices

In addition to supporting video and audio file output, Leawo Video Converter Ultimate for Mac also enables users to set all kinds of portable devices as output profile. To be specific, popular devices running on iOS and Android system can all be set as output profile directly. For example, it allows users to set any Apple and Android devices as output profile, including the latest Apple and Android products, such as the latest Apple product iPhone X, iPhone 8, other iPhone models, all kinds of iPad /iPod models, Samsung Galaxy Series, Samsung Note Series, and so on. Moreover, devices running Windows Phone system like Nokia’s Lumia, and others like Nexus, Amazon Fire Phone, Kindle Fire, BlackBerry, etc. are also supported to be set as output profiles by Leawo Video Converter Ultimate for Mac. 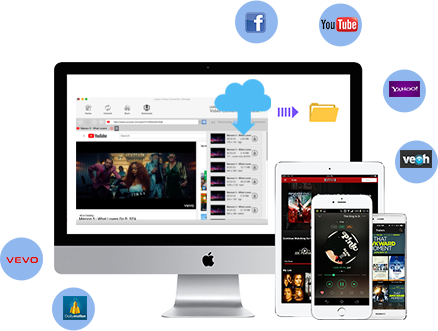 Leawo Video Converter Ultimate for Mac is an ultimate DVD toolkit combo that integrates DVD Creator, DVD Copy and DVD Ripper into one program. With this ultimate DVD toolkit for Mac, users can rip and convert DVD content to video/audio files, copy and back up DVD movie to Mac or blank disc, as well as burn and create DVD on Mac effectively. 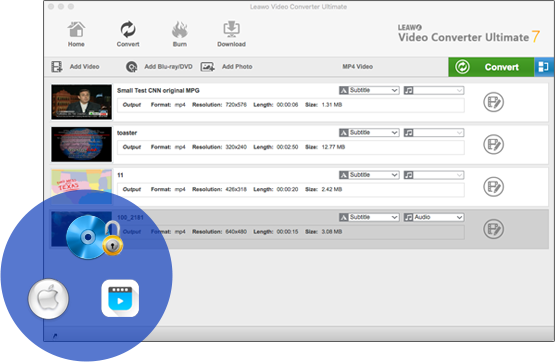 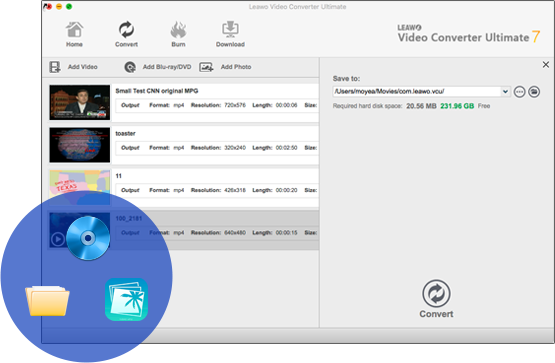 Decrypt, Copy and Back up DVD 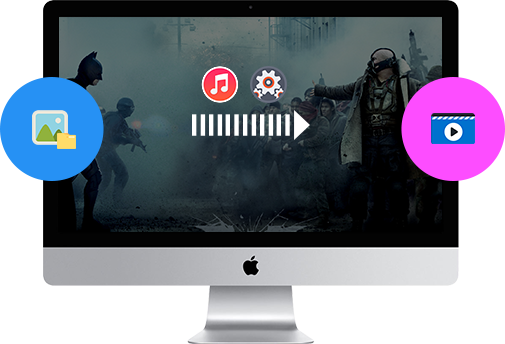 Except videos, audios and ISO files, photos and photo folders can also be imported into the program for converting to photo slideshow videos. And you can edit video effect and add background music before making photo slideshow. 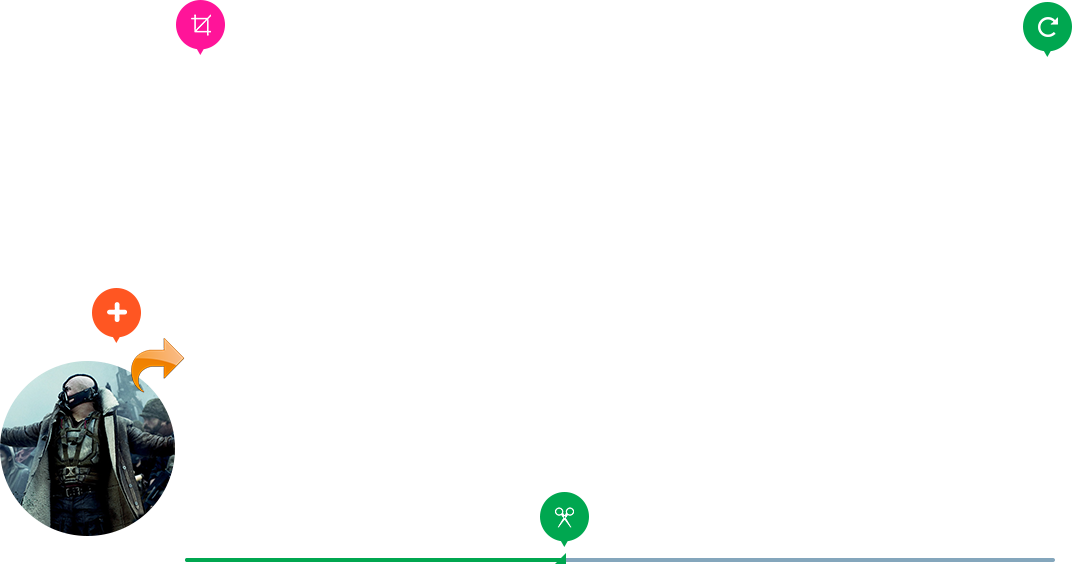 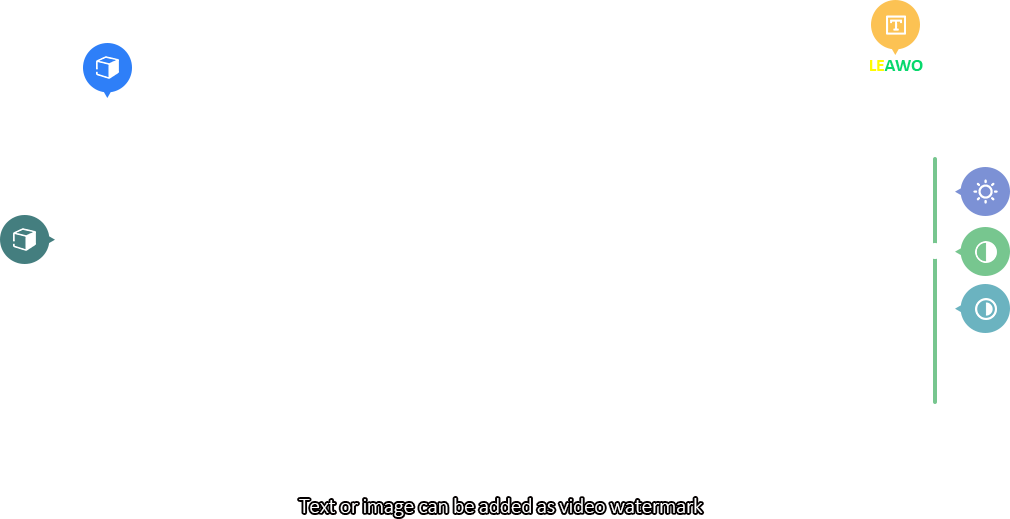 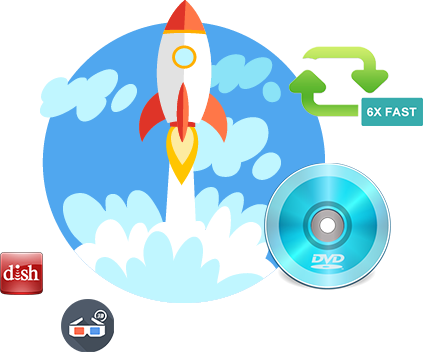 With advanced tech planted like GPU-accelerating technology(such as VideoToolbox hardware decoder), advanced decoding and encoding technology, Leawo Video Converter Ultimate for Mac is superior to others in converting and burning speed. Whether you are converting videos/audios/DVD, copying DVD or burning videos to DVD, it really takes almost no time to get task done. Leawo Video Converter Ultimate for Mac is 6 times (6X) faster in conversion/burning speed.

Except for the powerful features mentioned above, Leawo Video Converter Ultimate for Mac offers many other smart features to better users’ experience, such as user-friendly interface, instant preview and playback, detailed settings panel, help center for troubleshooting, etc.

I need a Windows version>>

Any 3rd-party product names, trademarks, logos and images occasionally mentioned on this site belong to their owners. These might include but not be limited to YouTube, Apple, Amazon, Adobe, Netflix, etc. Leawo Software is independent of all of these property owners.