How to Downgrade Firmware on LG BH16NS55

Game consoles (such as Xboxes and PlayStations), and maybe your own computer is equipped with a 4K UHD Blu-ray optical drive since they are fast becoming the standard CD ROMs. It is also common to find 4K UHD Blu-ray players that have such optical drives. The LG BH16NS55 is one of the common 4K UHD optical drives available for computers today. What makes this optical drive special? We will discuss more in this guide, and we will also show you how to downgrade its firmware if you need to do so.

The LG BH16NS55 is an internal UHD Blu-ray writer, with M DISC support built in and based on the SATA interface. What makes it popular are its key features, which include its ability to write data at 16x speed on Blu-ray Discs. It can write and read Quad, Triple, and Double Layer BD-R Discs. It is also built with support for 3D Blu-ray, just as long as you have a compatible 3D Blu-ray player installed on your computer. As a premium device, the LG BH16NS55 Blu-ray writer will cost about $215 on Amazon, exclusive of shipping. Unbeknown to many, most UHD optical drives implement AACS2 protection, which basically makes firmware downgrading a necessity. The LG BH16NS55 Blu-ray writer is no exception to this, and therefore what exactly is AACS2 protection? Basically, it means for anyone using such a UHD optical drive for reading the data from the disc, the corresponding software must present the AACS2 host certificate. As you might have guessed, no such certificates are publicly available at the moment.

Under such circumstances, you may not make non-decrypted full disc backups of your UHD discs from such drives. In extreme cases, you may even fail to read the UHD Blu-ray Disc data, stopping you from even doing something as simple as playing the media. Regular Blu-ray optical drives do not implement such complex protection tech, even if they read data from BDXL discs. By downgrading your UHD drive firmware, you can easily read the UHD discs and make non-decrypted full disc backups, or copies.

Part 3: How to Downgrade Firmware on LG BH16NS55 with Ease?

If you have been searching for a UHD downgrader for the LG BH16NS55 firmware 1.02 downgrade job, your search ends here. For that, you can always rely on Leawo UHD Drive Tool, an advanced and flexible UHD drive tool that allows you to read, rip, or burn the discs without any restrictions. What are some of the perks, features and advantages of this software? They are as follow:

Computers equipped with UHD Blu-ray optical drives are widely available, to the point where more than half of them being sold today include such drives. If your new computer does not come with an internal UHD Blu-ray optical drive, you can buy an external one which is inexpensive (sometimes less than $100). As stated above, downgrading your 4K UHD Blu-ray optical drive is necessary under various circumstances, which is why UHD downgraders like Leawo UHD Drive Tool exist. If you are looking for software tools for ripping, copying or playing UHD content, we also have you covered.

The best 4K UHD player for your computer

Your search for the best 4K UHD player ends here as we will present present Leawo Free Blu-ray Player, the ultimate media player for your Windows or Mac computer. It has the following features, perks and advantages:

The best 4K UHD disc ripper for your computer

The ultimate choice you are going to make for ripping your 4K UHD Discs is Leawo UHD Ripper. Why is this the ultimate UHD Blu-ray ripper? The following are the perks and advantages of this software:

The best 4K UHD disc copying software for your computer

Thanks to Leawo UHD Copy, copying your 4K UHD discs to a blank writable disc or as backup directly to your hard drive is made easy. This software has the following features and advantages:

LG BH16NS55 UHD firmware 1.02 downgrade is possible with Leawo UHD Drive Tool, one of the few UHD downgrade tools available on the market. Leawo UHD Drive Tool also works hand in hand with other Leawo Software tools, such as Leawo Blu-ray Player, Leawo UHD Ripper, and Leawo UHD Copy which are some of the best in their categories. Therefore, try Leawo today! 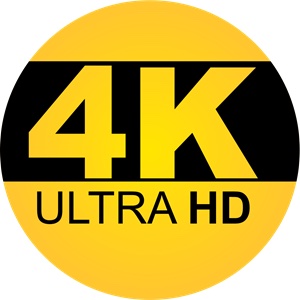