Obviously, anyone who wants the best possible picture and sound quality for their home theater, what they need exactly is the Ultra HD Blu-ray. Ultra HD 4K Blu-ray movies have the best picture quality possible for your 4K TV, even better than streaming 4K from Netflix or Amazon. Furthermore, Ultra HD Blu-ray still offers significantly better picture and sound quality than any other format available. Ultra HD 4K Blu-ray continues to impress us with its incredibly detailed picture quality, and better hardware and advances in 4K HDR technology have improved performance even further. Then someone may as the question, is there any best 4K Blu-ray movies with Dolby Atmos to get the best viewing experience? As we all know, the best 4K Ultra-HD Blu-ray movies can give you an experience that's the closest thing you can get to having a movie theater in your living room. Therefore, in this article, we are glad to share with you the best 4K Blu-ray movies.

We've compiled a list of the best Blu-ray movies to watch in 4K you can buy today. Each of the discs on this list, regardless of how good the actual films are, can be considered reference quality and we've exhaustively tested each to ensure they're truly worthy of our recommendation. Try to find out which best looking 4K Blu-ray movies could meet your need.

As you might expect, detail of X-Men is astonishing with The Last Stand's up-scaled 2160p transfer offering increased sharpness, allowing viewers to spot the individual strands of hair that have been meticulously applied to the character by the film's makeup department. In addition, thanks to some HDR tinkering, we get bright colors that pop with added vibrancy, particularly when it comes time for the characters to don their blue and yellow '60s-era costumes. Captain Marvel is the first female superhero movie produced by Marvel Pictures, and it is also the 20th movie in the Marvel Cinematic Universe. Ms. Marvel is a superhero under Marvel Comics and a member of the Avengers. She is regarded as the most typical female superhero in the Avengers. Her real name is Carlo Danvers, who has gained amazing superpowers. The main ability of Captain Marvel is to have the strength, speed, energy absorption and energy explosion far superior to human beings. The film mainly revolves around the theme of Captain Marvel, played by Brie Larson, in order to maintain world peace and bravely fight evil forces. Aquaman is a live-action film adapted from DC comics. The film was directed by the director Wen Ziren of Fast and Furious 7, starring well-known actors Jason Momoa and Amber Heard, mainly telling the story of a lighthouse keeper and the Queen of the Undersea Kingdom gave birth to a boy whose superhuman abilities are different from ordinary people. Aquaman is based on DC comics, embarking on an unforgettable journey that he not only needs to face his special life experience, but also has to face his life. For its fabulous production team and the built-in hi-tech effects, you should not miss the 4K UHD Blu-ray version. The immortal dead servant Wade Wilson (Ryan Reynolds) continued to rush on the road of punishing evil and promoting goodh. At the same time, he and his girlfriend Vanessa’s (Mo Rena Baccarin) love gradually sublimated, and the two look forward to the arrival of a new life, who knows that his fate is unpredictable. Because of Vanessa's accidental death, Wade is desperately desperate for the end of his life. When he was most disappointed, Steel Lux and Juvenile Warhead led him away and became a member of the X-Men. In a certain operation, Deadpool was imprisoned in an ice box prison along with the 14-year-old mutant Russell (Julian Dennison) who walked away with him. Before long, a cable from the future (Josh Brolin) broke into the prison with the intention of killing Russell, who caused countless disasters in the future. The Avengers (Marvel's Avengers) is a sci-fi action film produced by Marvel Pictures, based on Marvel comics. It is the sixth film in the Marvel Cinematic Universe and the finale of the first phase. The film tells the story of the US S.H.I.E.L.D. Commander Nick Fury, in order to deal with Loki, the god of tricks who was exiled in Thor, actively rushing to find the strongest man on earth, bringing Iron Man, Captain America, Thor, and Hulk, Black Widow, and Hawkeye who had gathered together to form the Avengers and jointly deal with Loki and it is about the story of the Zetarians that he brought with him. Avengers 3 is the finale of the third stage of the American Marvel Cinematic Universe. It was shot based on the superhero comics of Marver Comics and was created by screenwriter Stan Lee and painter Jack Kobe. The film is divided into two parts due to its complicated plots. There will be a new big boss in the film-Thanos. The ugly appearance of Thanos has been ridiculed since childhood, which made his childhood full of inferiority and sadness. As Thanos becomes stronger and stronger, his heart is also dominated by darkness. The epic battle concerning the destiny of the entire universe is in full swing. Superheroes are fighting for the ordinary and free life. Clarity is astounding here, with the various textures and fibers of each costume exhibiting jaw-dropping detail. Detail and color are also the standouts on this disc, with the film's flamboyant costumes looking especially eye-popping — witness. Black Panther is a superhero under the American Marvel Comics. It debuted in the 52nd issue of "Fantastic Four" (July 1966), co-created by editor Stan Lee and cartoonist Jack Kobe which is the first non-satiric black hero to appear in mainstream American comic companies. Shadows and dark areas (this is a Snyder film, after all) benefit greatly from the film's HDR color grading, and fans will be happy to know that the disc offers both HDR10 and Dolby Vision support. The Justice League is a superhero team under DC Comics. It debuted in the 28th issue of "Brave and Fearless" (March 1960). It was composed of Julius Schwartz and Gardner. Gardner Fox was created in the Silver Age. If you're a fan of the film, the 4K Ultra HD Blu-ray of Justice League is a must-buy. ◎ 9. War for the Planet of the Apes

War for the Planet of the Apes is an American science fiction film directed by Matt Reeves and starring Andy Serkis. "Rise of the Apes 3" describes that 15 years after the outbreak of the first "Ape Flu", the war of the apes has entered the final moment of decisive battle. Starting from the second part, due to the outbreak of the virus, humans have become a situation where there are more apes than humans. In the third part, apes still have an advantage in numbers, and several new characters have been added to the film.

They aim for a certain look with Kong and pull it off great, with rich colors and textures on Skull Island. Sometimes you can notice the flaws with the CGI because it is only a 2K digital intermediate, but overall it is a wonderful disc to watch and very enjoyable. In this isolated and dangerous jungle, countless weird prehistoric creatures hide in them, threatening their lives at all times. The team members also encountered a mysterious primitive tribe. Kong’s life experience and the reasons why it guarded the island were gradually revealed. It turned out that there are more fierce and cruel monsters dormant on the terrifying and eerie Skull Island. Part 2: How to Back Up Ultra HD 4K Blu-ray Movies?

With time passing by, some more advanced high-quality movies would be released accordingly, including 4K UHD Blu-ray. However, you would not be able to get the UHD Blu-ray playback solution unless you have obtained a professional UHD Blu-ray player or you can get the UHD Blu-ray copy. With Leawo UHD Copy, you can copy 4K UHD Blu-ray movies of all countries in an easy way. As one of the best UHD disc copy program, Leawo UHD Copy would easily copy the content in both Full Movie mode and Main Movie mode without any quality losses. In the copy process, this program could retain the Dolby Vision image quality as well as the HDR10/10+ image. Even for the beginner users, its easy-to-use UI would quite be attractive. Here are the detailed steps.

After you download it from the official website, you can then go with the setup guide to complete the installation. Then, enter the Prof. Media and then you can hit on the module of Leawo UHD Copy.

Insert the protected source 4K Blu-ray disc to the drive and two ways are approachable to import your Blu-ray movies. One is to find the "Add UHD/Blu-ray/DVD" button and then keep going to the "Add from CD-ROM”, “Add from folder” or the “Add iso file” to make it. Another one is to open the local drive and pull the disc icon onto the interface. When the 4K Blu-ray disc is detected, a preview window will pop up on the right portion. By the bottom, quick copy modes are presented, including the Full Movie and Main Movie mode. Under the copy mode, you are suggested to choose the disc type. Once the personalization is done, tap the green button of “Copy” above the preview area. That will activate the copy side menu from the right, you can set the options of "Copy to", "Disc Label", "Save to". You can use the "Copy to" button to copy the UHD Blu-ray disc to folder/ISO file/blank disc. How to rip the best 4K Blu-ray movies for backup or for watching without using a UHD Blu-ray player? Here we recommend you some powerful UHD ripper and show you how to use them to rip 4K Blu-ray. Being the best UHD Blu-ray ripper software, Leawo UHD Ripper could rip and convert Blu-ray to video and extract audio off Blu-ray to save in all formats for any media player and device. Next to the “Add Photo” button, click the drop-down box and select “Change” to open the ”Profile” panel. Choose compatible format from either “Format” or “Device” group as output format. Back to the main program interface, click the green “Convert” button. On the popup sidebar, set an output directory in the "Save to" box. You could see required space here. Click the bottom “Convert” button on the right sidebar to start converting 4K Blu-ray disc to digital movies which could be stored on your computer. 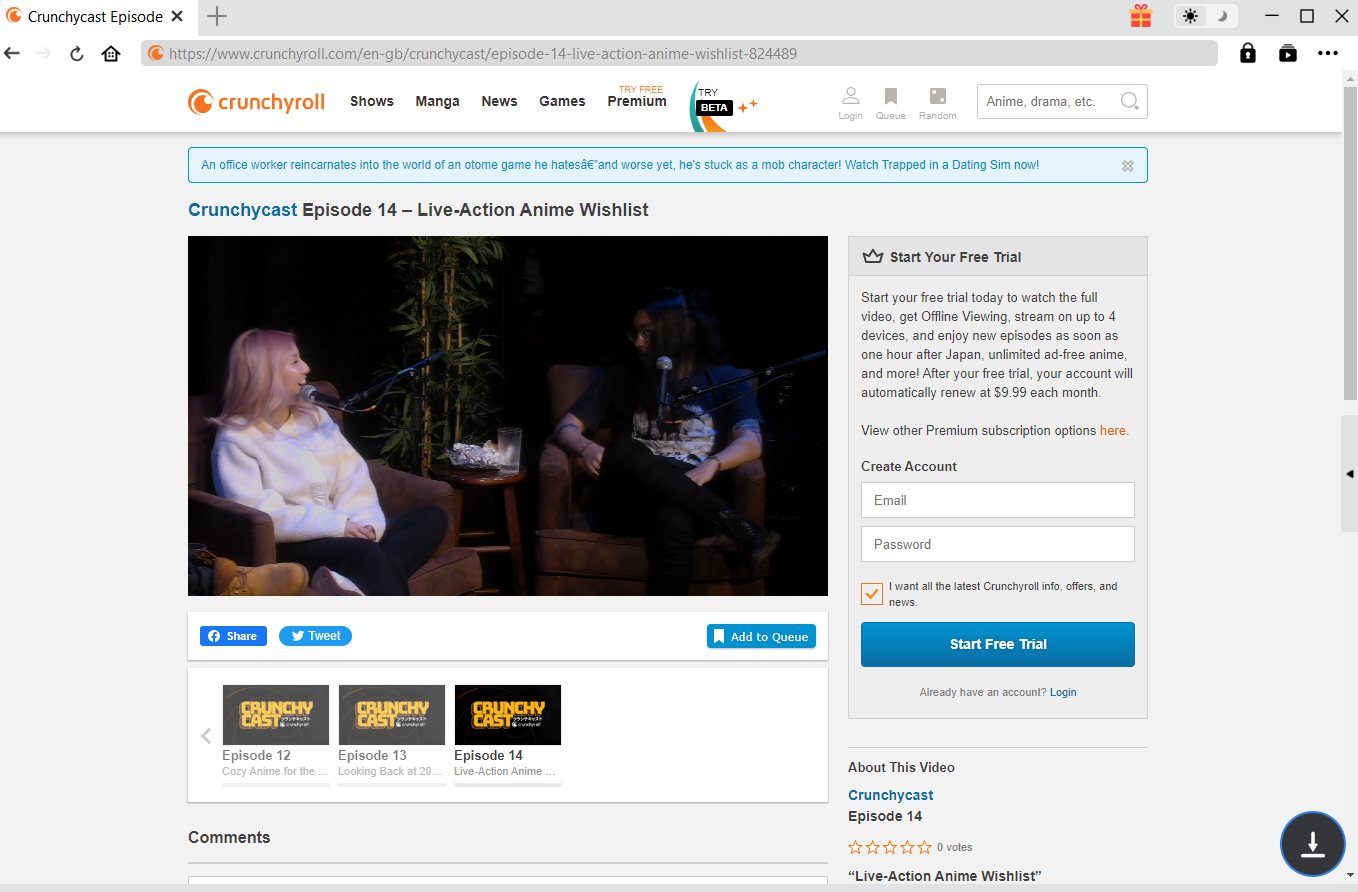