iPad, games and apps are necessities. People like downloading apps on iPad for enjoyment, and they also download helpful apps for their work or daily life. Over 1.2 million apps are available in the App Store, so iPad users are always able to find the apps they need. Many iPad users download apps directly on their iPad, which is easy to be done. Others may want to download the apps on computer and sync them to iPad, or just copy the IPA files to iPad. So the following post will introduce you how to download apps to iPad with two methods. As mentioned, iTunes is helpful for downloading apps to iPad but will erase data in iPad. At this moment, iPad users can take advantage of third-party iPad transfer software to sync apps to iPad. First of all, you will need to find the IPA files in your iTunes folder after you download them. Then you can add the IPA files to iPad with Leawo iTransfer, which is a multifunctional iPad transfer software. The following guidance will introduce the method to download apps to iPad in detail.

1. Run Leawo iTransfer and connect iPad to computer with the USB cable. The software will automatically detect the libraries of your iPad, and show the libraries in the left sidebar. Choose "Apps" in the sidebar, and then contents will be shown in the right part of the window. 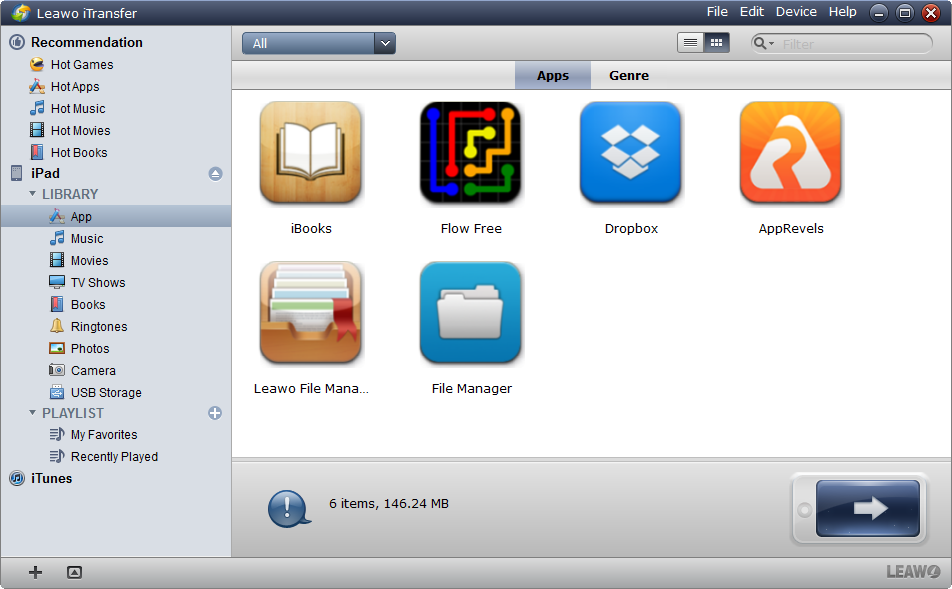 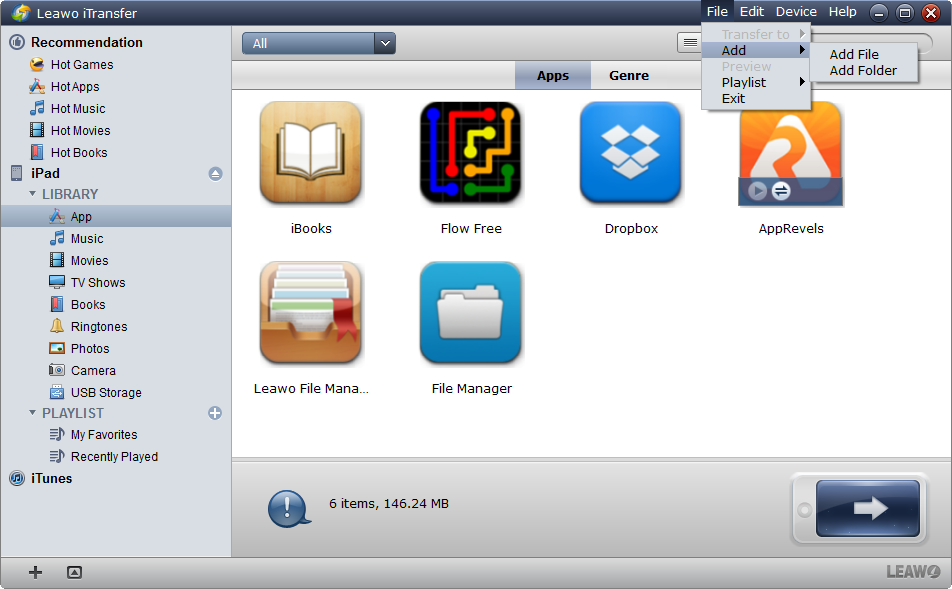 3. After choosing the IPA files, Leawo iTransfer will start downloading apps to iPad. The software will finish the downloading process within seconds, and then you will find the apps are installed on your iPad. 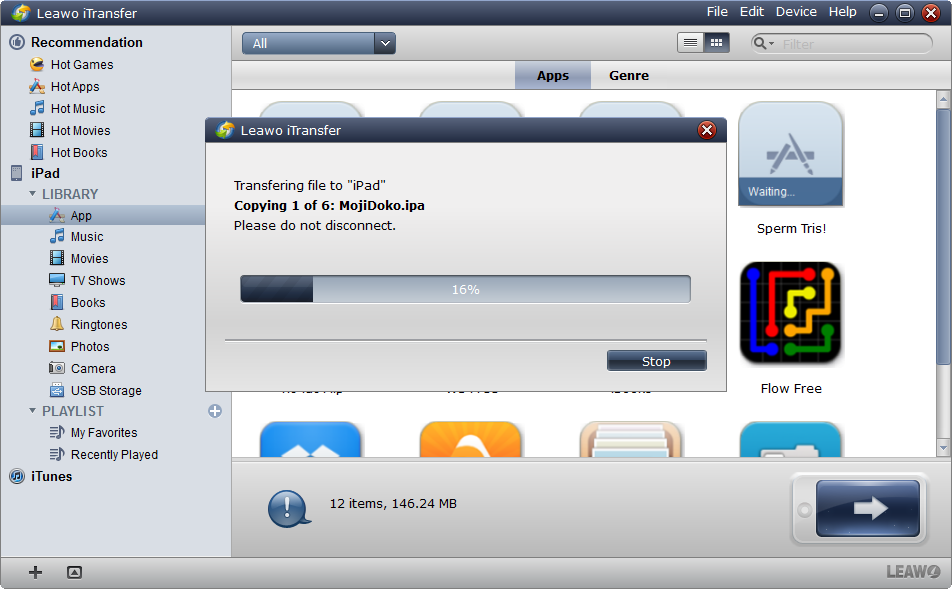 With Leawo iTransfer, you are able to share the apps on your iPad with your friends without worrying about the Apple ID. The app also makes other data transfers of iOS devices easy to be done, for example, you are able to backup iPhone photos to computer without iTunes. This software can provide much help for various kinds of data transfers of iOS devices, if you are interested in this software, check it out. 1. Tap the app on iPad desktop, and move it to another one.
2. iPad will create a folder for the apps.
3. Rename the folder and tap the home button. There you go.
2.2 Delete Apps on iPad 1. Tap the app you want to delete until it jiggles, and tap the X at the right top of the app.
2. Tap Delete and delete the app.
2.3 Move Apps to Next Page

1. Tap the app you want to move until it jiggles.
2. Hold the app and move it to right or left until you get to the page. 1. Double-tap the Home button.
2. Select the App you want to Delete and swipe to top. People can also use iCloud to transfer apps from iPhone to iPad. They only need to go to Settings > iTunes & App Store > Automatic downloads on iPad, and tap Apps to ON. Then the new apps purchased on other iOS devices will be automatically downloaded to iPad. Of course, transferring purchases from iPhone to iTunes library and then sync apps to iPad is also workable. The following guidance will display how to finish the task in detail. 1. Plug iPhone into computer with USB cable, iTunes will launch automatically.
2. Click File > Device > Transfer Purchases from iPhone at the upper left corner.
3. Eject iPhone and connect iPad to computer with USB cable.
4. Click File > Device > Transfer Purchases from iPad to transfer all the purchased items from iPad to iTunes library.
5. Choose Apps and sync all apps to your iPad.