Video to Other Android Player

Many people would meet such kind of problems. As we all know, Android does play MP4 videos. However, people still encounter the issue of Android won't play MP4. Why? The reason is MP4 is a container format which means this format may contain various kinds of audio and video codecs while Android is only compatible with MP4 encoded with MPEG-4 or H.264 AVC. So what you need for playing MP4 video on Android is either an all-inclusive Android MP4 player or one professional MP4 to Android transcoder to convert mp4 to Android more friendly formats for smooth playing. This post would show you how to play MP4 video on Android with ease. 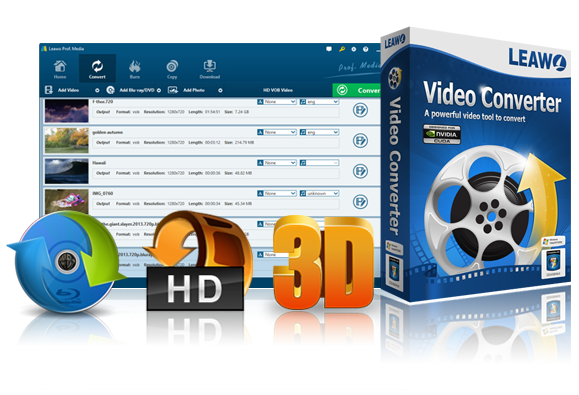 ☉ Convert HD video up to 4K without quality loss.

Download and install Leawo Video Converter on your computer (If you're using a Mac, download the Mac version). Then follow the below steps to learn how to convert MP4 to Android MP4 video.

On the main interface, click "Video Converter" module option. You'll be guided to the "Convert" tab, on which you click the "Add Video" button to browse and add MP4 video(s). 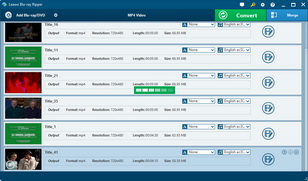 Click the drop-down box next to the "Add Photo" button and then select "Change" option to set output format. Open the "Format" tab and then select video format your Android device is compatible with like MP4. 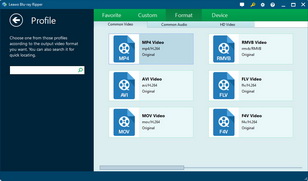 After setting output format, click the big green "Convert" button. On the popup sidebar, set output directory in the "Save to" box. 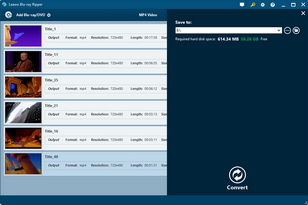 Finally, click the bottom "Convert" button on the sidebar to start converting MP4 to Android videos. After converting, you only need to transfer the converted MP4 video to your Android device and then you could play MP4 video on Android without any problem. 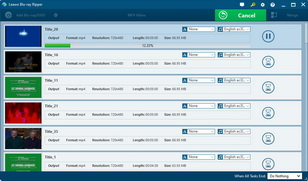 Simple MP4 Video Player supports popular video formats like mp4, avi, flv, mkv, wmv, rmvb, mov, 3gp and others. It supports .srt subtitles and embedded mkv subtitles. Just put your subtitle in the same directory with the same name of the related video. This free Android MP4 player also allows you to stream online videos to your device and launch your videos directly from your favorite file manager, social network or messenger app. You don't need to install Flash® Player Plugin, any other codec or any other plugin to use this app to play videos. VLC media player is a free and open source cross-platform multimedia player that plays most multimedia files as well as discs, devices, and network streaming protocols. This is the port of VLC media player to the Android™ platform. VLC for Android can play any video and audio files, as well as network streams, network shares and drives, and DVD ISOs, like the desktop version of VLC. VLC for Android is a full audio player, with a complete database, an equalizer and filters, playing all weird audio formats. MX Video Player - is a great way to enjoy your movies. MX Video Player is the first Android video player that performs multi-core decoding. Provides highly optimized Codecs and Rendering Engines for the processors including ARM NEON and NVIDIA Tegra 2. Easily zoom in and out by pinching and swiping across screen. Scroll on subtitle text and playback position will be adjusted to match previous or next subtitle timing. Keep your kids entertained without having to worry that they can make calls or touch other apps.