"Hello, I bought a learning book which has a CD with .iso format file. I can't run it on my Macbook Pro. Can you please tell me how to run ISO files on Mac? And please suggest me if there is any App to open ISO file on MacBook Pro. Thanks for your help... MacBook Pro"

"How to play ISO files on Mac? I’ve some ISO image files, some are Blu-ray and the others are DVD. I need a player that could help me play back both Blu-ray and DVD ISO image files on my iMac. It would be better if the player is free. Thanks a lot."

It should be noted that an ISO file is an image file of CD, DVD, or Blu-ray disc. You can't "run ISO file on Mac" like you run an app (say, Preview). But, you can open ISO file Mac with ISO opener app. This post would introduce you how to open ISO files on Mac in different ways. 3. Mount ISO with Mac OS X command line - Through the above 2 mentioned ways, you could seldom having problem in mounting ISO file on Mac. However, an even easier way to mount ISO file on Mac is available. That is to make use of Mac OS X command line. In the Terminal, type hdiutil mount sample.iso (sample.iso refers to the path to the ISO image you want to mount). The system would check your computer and then display your ISO mounted on desktop. Also, to mount other image files in .dmg or .img, just change the extension.

Via mounting, you could then open ISO file on Mac easily. However, it should be noted that in these ways you could only mount DVD ISO image file. If your ISO image file is Blu-ray file, you may fail to mount them.

What about if you want to play ISO file on Mac of Blu-ray content? It's widely known that Apple has not included Blu-ray support in its computer. That means if you want to play Blu-ray ISO file on Mac, you need to turn to 3rd-party ISO player Mac apps. That's why you need Leawo's Free ISO Player for Mac, a totally free Mac Blu-ray media player software program that helps you play back Blu-ray discs, DVD discs, Blu-ray/DVD folders, HD videos, ISO image files and audio files on Mac for totally free. As a Mac ISO player app, Leawo Free Blu-ray Player offers one click operation for Mac users to play ISO file on Mac. 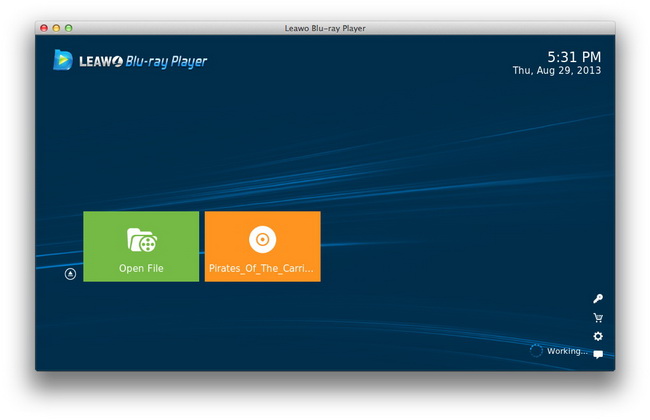 Part 3: Burn ISO File to Disc on Mac for Playback

To burn ISO file to disc on Mac, you need to prepare several things. These include:

How to Burn ISO File to Disc on Mac 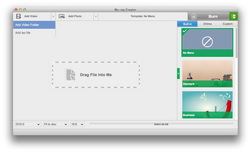 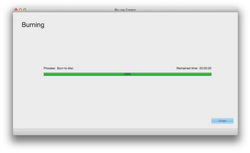 If you simply need to open ISO image file on Mac, you could directly mount it with the help of Disk Utility and other solutions mentioned in Part 1. The best and easiest solution to play ISO file on Mac free is without doubt making use of free ISO player Mac, as mentioned in Part 2. Through Part 3, you learn how to burn ISO file to DVD/Blu-ray disc on Mac therefore you could play ISO file on portable DVD/Blu-ray players, far more than your Mac computer.