In face of the Coronavirus pandemics, a lot of schools and companies as well as some infrastructures are not allowed to run regularly. Now, the best thing for you is to stay home and pray for the group who are struggling from this terrible disease. The crowded streets tend to be empty and it seems that everything entertainment has been canceled from the world. Well, this doesn’t mean you should not be entertained at home. What’s your best way to spend your spare time at home? In such an urgent situation, how about enjoying some movies about viruses? Today, we would like to introduce the 10 best pandemic movies for you.

Below is the list of 10 best movies about virus outbreak and pandemics, where you can learn about the huge impact of it. Also, if you want to see some viral live videos of virus, you may as well go to some of the best gore sites.

The first one you can watch is The Andromeda Strain which was released in 2008. A couple of men and women are dating on the hill in Piedmont, Utah, and a satellite falls suddenly. The curious two brought the satellite back to the town, but did not know and brought the terrible suffering back to the town. Suddenly a terrible virus broke out in the town and people died for unknown reasons. To prevent the virus from spreading to other cities, the army blocked the town and sent a scientific team code-named "Andromeda" to find out the source of the disease. △ 2. The Day After Tomorrow

The Day After Tomorrow depicts a massive weather disaster that impacts the entire world. American climatologist Jack (Dennis Quaid) believes that the greenhouse effect is triggering a major catastrophe on the planet, and the melting of Arctic glaciers will bring the earth back to the calamity of the Ice Age. His reminders didn't get the attention of the US authorities. Everything was too late: hurricanes, hail, floods, melting icebergs, extreme cold, and a series of huge changes in the earth caused an irreparable disaster. How can everyone escape this scourge? When will the snow-capped earth recover? You can watch this for more excitement. 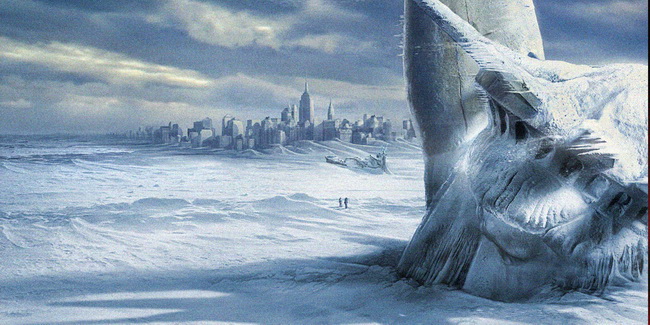 The story takes place at the end of the day, the virus is raging, and everyone who is infected will be incinerated. The Pauls live carefully in the forest. One day, an uninvited visitor makes their life turn upside down. In this movie, you would see a family secluding themselves from the outside world of widespread outbreak. Joel Edgerton, Christopher Abbott, Carmen Ejogo, and Riley Keough star in this slow-burn thriller. 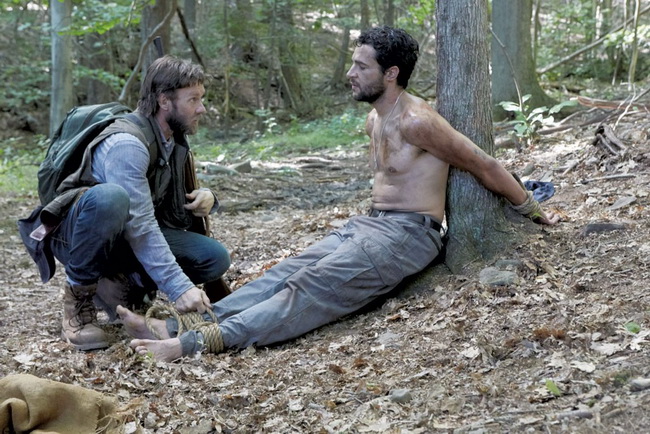 The Happening is another virus movie you can refer to. The movie plot is quite attractive. The earth is the home on which human beings depend, and while being supplied, it is constantly being plundered. When the endurance of the earth reaches its limit, what will happen to humankind? In recent days, there have been many bizarre deaths in several major cities in the United States. The scene of the incident was bloody and weird. How did these people die? Suicide or homicide? And why? Everything is in the mist. This is another movie related to a zombie outbreak. If you are interested in this type, Warm Bodies is the one you should not miss. The film is based on a novel of the same name by Isaac Marion. He (Nicholas Hoult ) is a zombie living in the last days, and vaguely remembers only an "R" in his name. Different from the secular idea, as a zombie, he can think, and still have some memories of his lifetime. Released in 2013, World War Z is one of Brad Pitt’s play who has played a formed United Nations employee who seeks to find the source and cure of a viral epidemic that turns those infected into vicious, feral monsters. Zombie viruses have spread worldwide, and in order to stop the world from dying, the protagonist goes to the source of the virus to find a way to relieve the crisis. This is a journey that is almost hopeless and full of suffering, and the fate of the world is at stake. Another virus movie which was released earlier with great content is Outbreak. As a classic starring Dustin Hoffman, Rene Russo, Morgan Freeman, and Donald Sutherland, Outbreak depicts the sudden illness which has plagued American mercenary barracks, and the number of deaths is rising. After the medic took the infected blood sample and left, the entire military camp was destroyed by a bomb, and the white-faced monkey in the nearby woods screamed. Lou Taylor Pucci, Chris Pine, Piper Perabo, and Emily VanCamp star in Carrier. Shortly after Thomas delivers a mysterious package, he begins to fall ill. But this is not any ordinary illness. He soon descends into the depths of a sickness that turns him into an insatiable killer. Worse is that the strange virus that has turned him into a monster is contagious, and has begun to spread. The Cambridge research team has discovered a virus that can keep infectious agents in a state of permanent killing. This virus is extremely fast and cannot be stopped. After members of the animal protection organization accidentally released a group of gorillas carrying the virus in the laboratory, the bustling London became a dead city in just 28 days. Immediately after graduation, five friends from a university: Jeff (Joey Kern as Jordan), Karen (Jordan Ladd as Jordan Ladd), Paul (Rider Strong as Rider Strong), Marcy ( Cerina Vincent (Cerina Vincent) and Bert (James DeBello) meet away from the hustle and bustle of the city, and come to a hut in the mountains for a holiday carnival. But their joy was quickly replaced by panic, and on the mountain they met a man with a vague flesh and a festering body. Soon after, Karen also had similar symptoms... Over the Internet, you can find many websites to provide these movies playback online. But in comparison, downloading these movies to your local computer could provide you with more accurate and smooth movie experiences. You may not be able to know what kinds of websites can offer the download, but here if you can look up to CleverGet Video Downloader, things would become much easier. Without any doubts, CleverGet Video Downloader will be your best choice. Apart from downloading videos from various video-sharing websites, it can download any embedded videos freely. Also, it offers a free built-in web browser and online video player and can manage downloaded videos for different occasions. Now, click the button below to download and install this software on your computer, then take a look at the instructions. 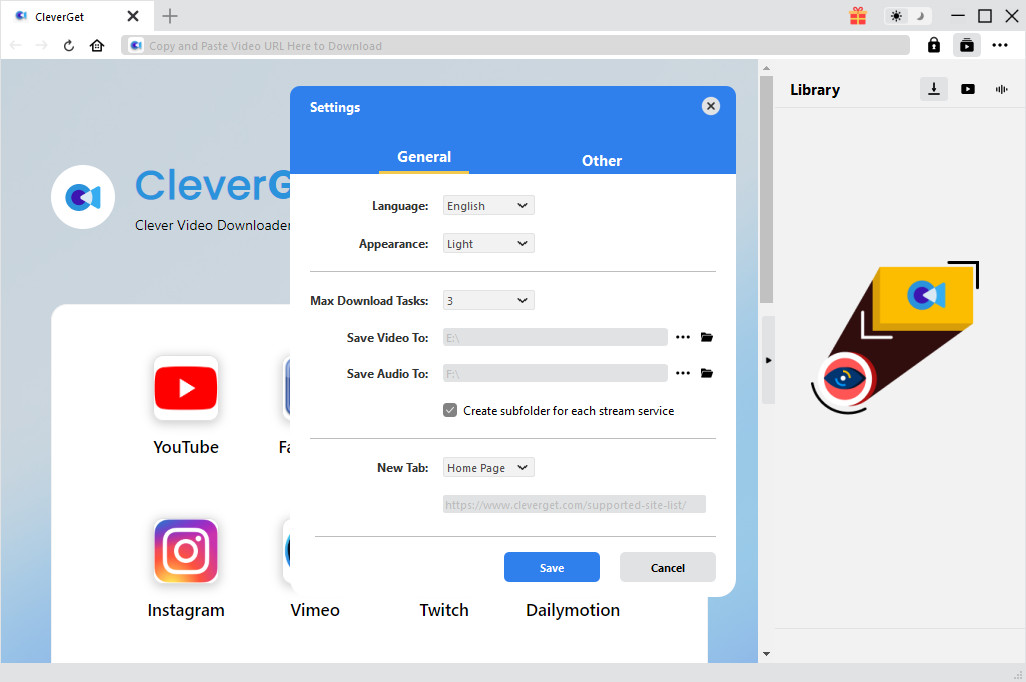 Enter the URL of target virus outbreak movie in the location bar or enter the video name in the search bar to search for the target video. As soon as the source video starts playing, the program will start detecting it. 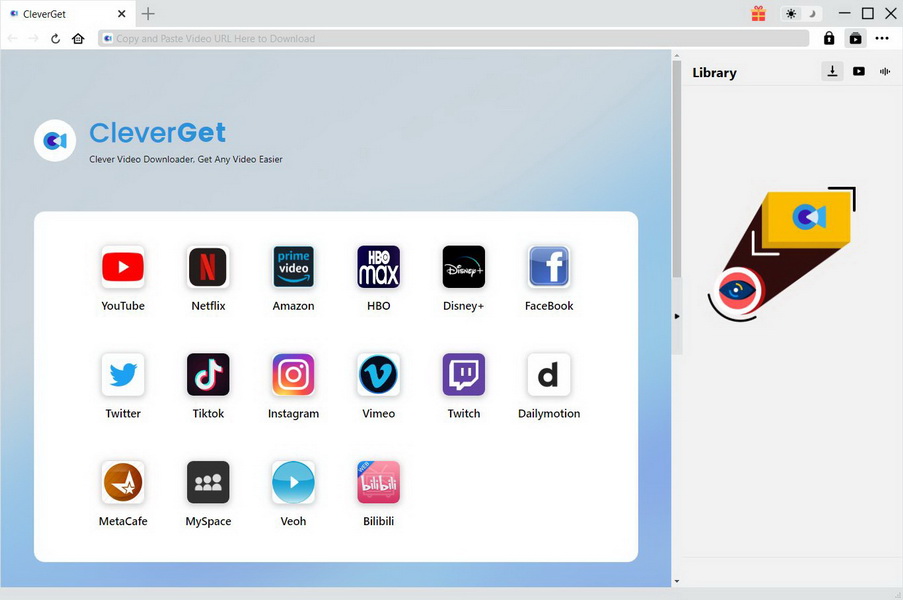 In the pop-up window, all available sources are listed in different formats, sizes and resolutions. You can choose what you want and click the "Download" button to download the target virus outbreak movie to your computer for free. 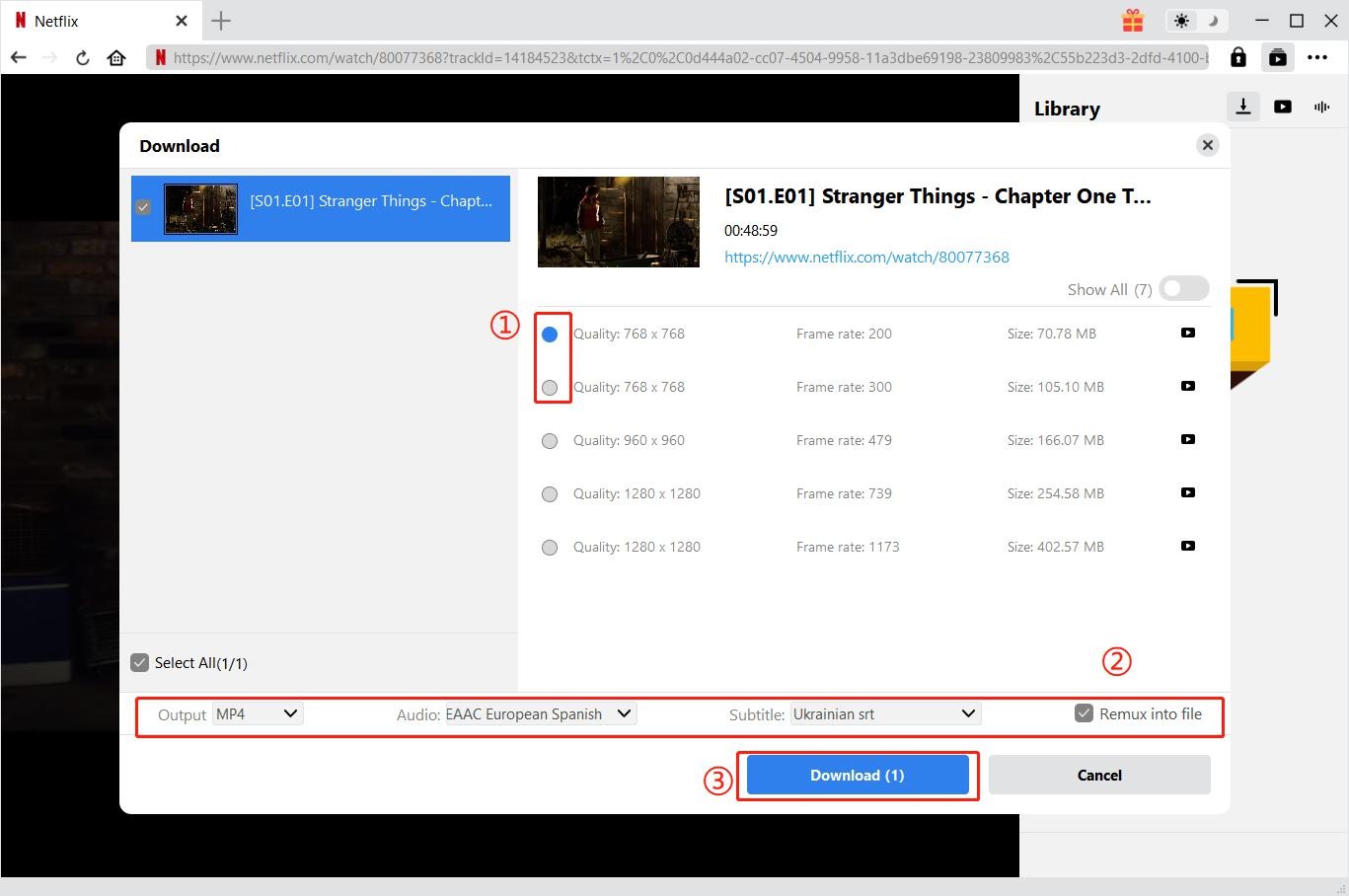 In such a period, staying home can make everything go more safely. For your further entertainment, watching some movies could an excellent choice. If this falls to your interests, then you can try to watch some virus movies on Netflix, of course, at the same time, you can also refer to the above-recommended list for further information. Once you have targeted this movie, then you can install CleverGet Video Downloader to your computer which can be helpful in downloading all kinds of top pandemic movies for you.