Blu-ray disc allows us to enjoy home theater-like experience with greatest sound and image effects ever. All is fantastic except that blu-ray disc is not cheap and it takes lots of space. That is not a problem anymore as many users will consider to backup their blu-ray disc as an ISO image file on their PC, which helps save space, cuts down costs, and lets users to burn ISO image file to blu-ray disc if necessary. Technically, users can use certain video players to play ISO files directly without bothering to burn them to blu-ray disc for movie enjoyment, such as VLC player. In this post, we will not only talk about playing ISO file using VLC player but also go deeper to introduce a few video players for you to play ISO files.

if you have dealt with an ISO file ever, VLC player may be a familiar name to you because VLC player can play ISO files directly. VLC media player, often called VLC, is a free and open-source, portable, cross-platform media player and streaming media server. It is compatible with desktop operating systems and mobile platforms, such as Android, iOS, Tizen, Windows 10 Mobile and Windows Phone. It also supports digital distribution platforms like Apple App Store and Microsoft Store. VLC is best known for its strong and powerful features, which supports many audio and video compression methods and file formats, including DVD-Video, video CD and streaming protocols. Moreover, it is able to stream media over computer networks and to transcode multimedia files. All these features make VLC the most popular and versatile media player ever. Like what I have mentioned above, an ISO file is a more cost effective and space saving option for users to store their high definition blu-ray disc content. According to wiki, an ISO image is a disk image of an optical disc. In other words, it is an archive file that contains everything that would be written to an optical disc, sector by sector, including the optical disc file system. So you may regard it as a .zip or .cab archive file, only without the compression. It contains all the files and folders that were on that disc. Based on the given definition and introduction to VLC and ISO, now you may have a question of whether VLC can play ISO files. Honestly, this will be answered in details in the following section. Can VLC play Blu-ray ISO and how

Basically the answer is yes and I will show you how to make VLC play ISO step by step. First and the most importantly, you should have a VLC player installed properly on your PC. If you don't have one, click here to get one free. Note that you'd better get the latest version of VLC as VLC official site claims that the 2.0 and later version support Blu-ray media playback with some extra operations. Next, I will divide this section into two minor parts to introduce how to play blu-ray ISO on VLC efficiently and professionally. We can either mount the blu-ray ISO file to VLC or convert blu-ray ISO to a universally compatible video format for playback on various media players.

3.1. Mount the Blu-ray ISO file to play with VLC

Simply put, if you know where your ISO file is stored, just drag it to the VLC player and enjoy the playback. However, for most users, the easiest way is to launch VLC first, and click Media > Open File to locate what you want to stream. If you run the ISO file as a virtual drive, you can mount the ISO file before playback is available. You can right click the ISO file and choose to open with disk. Click Mount to mount the image in the readable disk format. Then, open VLC Media Player. Instead of directly opening an ISO file, here you can select File > Advanced Open File > Disc tab. In the Disc tab, choose the Video_TS folder on this image and click Open. Your blu-ray ISO will be played on VLC successfully.

3.2. Convert Blu-ray ISO to a common video with Leawo Blu-ray Ripper to play with VLC

Many users also complain that they usually encounter problems during the ISO playback on VLC, and to be honest, we can have a better way to settle this. We can convert blu-ray ISO to a universal format and then stream it on VLC trouble free.

Leawo Blu-ray Ripper is one of the best known blu-ray rippers in the world, being able to handle both blu-ray and DVD conversion. It supports to rip and convert Blu-ray/DVD to MP4, Blu-ray/DVD to MKV, Blu-ray/DVD to AVI, Blu-ray/DVD to WMV, etc., and extract audio off Blu-ray/DVD to save in MP3, AAC, FLAC, etc. 4K video, 1080P video, 720P video and regular video are available on output and more than 180 formats are provided. In this case, we can rip blu-ray ISO to a common video with this software before we stream the video on VLC. Step 3: Select titles in the disc to convert

Choose the output format drop down box which locates on the left side of the green Convert button and click Change. Here we can select a lot of different output formats to convert the videos into. And most of the provided formats are compatible with VLC. Here you can go for MP4 to convert the Blu-ray to MP4 so that you can play the Blu-ray movie on PS3, iPhone, iPad and other devices if you want.

Click Convert on the toolbar right and you will be asked to set an output directory, after which hit the round button Convert to start the conversion process.

How to select different audio tracks and subtitles on VLC

Here's a video guide that shows you how to rip and convert a Blu-ray movie to a common video with Leawo Blu-ray Ripper. The steps are basically the same as converting a Blu-ray ISO file to video except for the part where you import the source files.

VLC is a good option for you to stream blu-ray ISO file but to tell the truth, we have some video players that can directly play ISO file just as outstanding as VLC. Leawo Blu-ray Player is a 100% free option. It could be perfect for those who want to enjoy Blu-ray movies on a budget. It claims to act as free Blu-ray disc player, free DVD disc player, free HD video player (free 4K video player), free ISO file player, and free audio player (free music player). This program is well received across the globe. 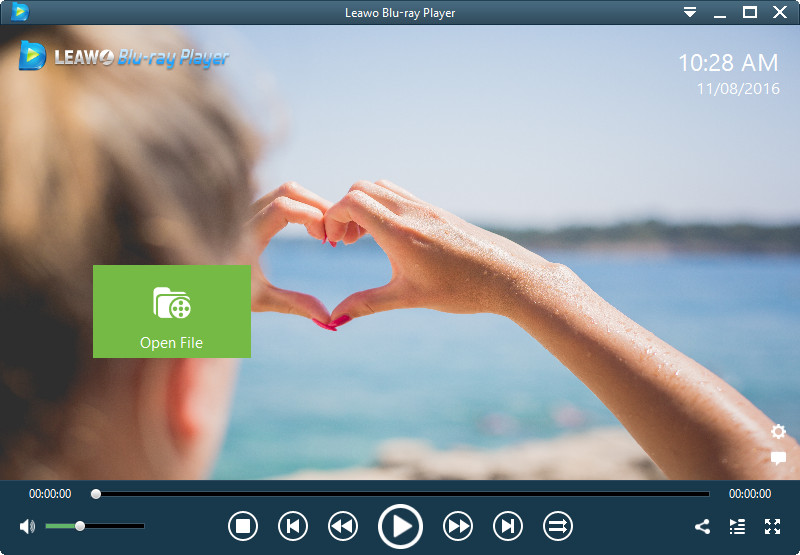 Besides Leawo Blu-ray Player, Macgo Blu-ray Player is also a competitive option. It supports Windows 10 / 8.1 / 8 / 7 / Vista / XP (SP2 or later) and Mac. Like many other software, it provides a trial version for users to get started with it. Frankly, it is easy to use and user interface is quite simple and neat. Users won't get lost when they play blu-ray ISO. The biggest downside for this program is that only Pro version users can enjoy its comprehensive features like 4K video streaming, Dolby sound, and blu-ray menu option. There is another frequently used software called VideoSolo Blu-Ray Player, best known for capability of playback commercial Blu-ray and homemade Blu-ray discs regardless of the protection and restrictions armed on the disc. Being extremely easy to use, this software requires only three steps to play a Blu-ray ISO, namely run the player, open the file, and play the movie. It is not 100% free but costs $34.95 to run it as your player. This post has answered the question of can VLC play ISO files with detailed steps and guideline. Besides, to let users play ISO file more comfortably and freely, we introduce Leawo Blu-ray Ripper to help handle issues encountered during VLC playback, that is to convert Blu-ray ISO to a common and universal format and then play ISO on VLC freely. By the end of the post, we give three options to users for playing Blu-ray ISO directly within the video player. Among them all, Leawo Blu-ray Players turns out to be more popular and cost effective as it is 100% free and users have free access to all its features. To sum up, we recommend users to have a try with these programs and pick the most suitable one for blu-ray ISO playback. Blu-ray ISO will definitely give users cinema-like movie experience and we hope the above recommended programs will help in a way or another.