How to Play iPhone Music on Xbox 360?

"I have plugged the USB hotsync cable for recharging and synchronizing my data from the iPhone device into the Xbox 360. It could recognize my iPhone on the Music Library while there is no music or no data. Since there was no way to play iPhone music on Xbox 360, I had to bow to ask a friend and he said something about FairPlay. I should take a sniff at everything and distinguish it yet I could not get any useful info about it." - From Xbox 360 official forum

Xbox 360 is a home video game console developed by Microsoft. As the successor to the original Xbox, it is the second console in the Xbox series. More than a video game console, Xbox 360 can be regarded as a media player for playing video and audio files. For those people who want to play iPhone music on Xbox 360, this post is the right place to come to.

Part 1: How to Transfer Music from iPhone to Computer? 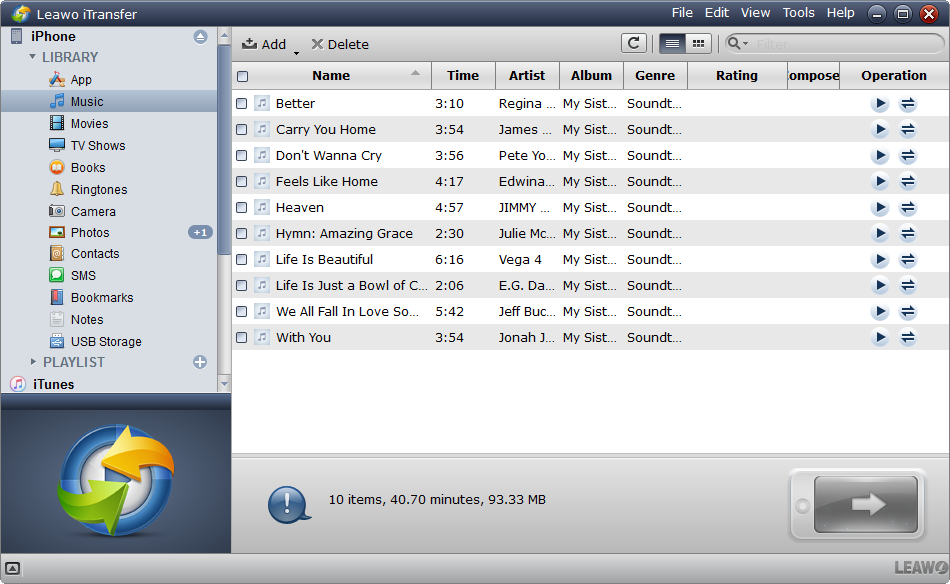 Connect your iPhone device to PC with USB cable after installing and launching Leawo iTransfer. The program will automatically recognize the information of your iPhone. 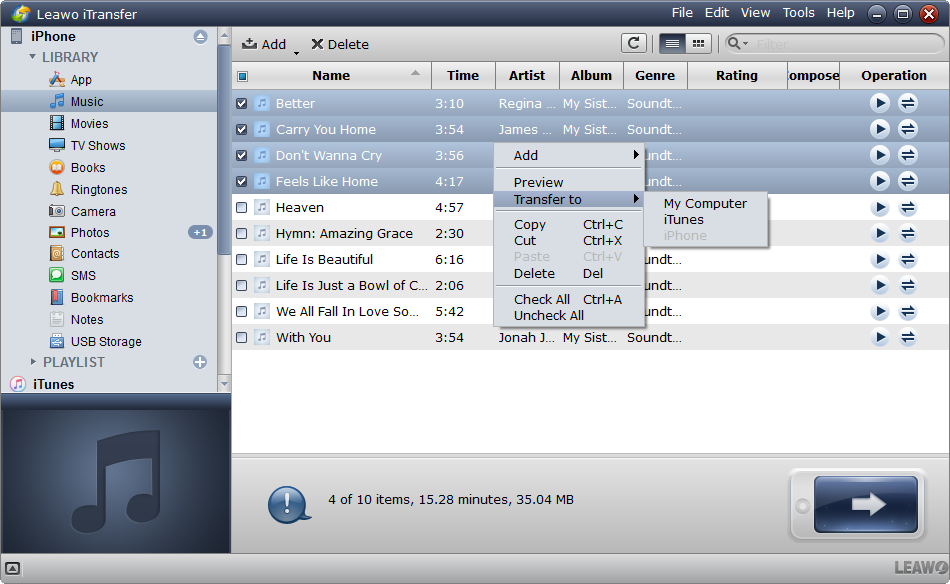 Click "Library" on the left side of its interface. Click on the "Music" icon and you'll see all of the music files on your iPhone on the right. Choose the wanted files and click the transfer button at the right bottom, and then right-click the selected files to choose “Transfer to > My Computer”.

Step 3: Select your output folder to save files 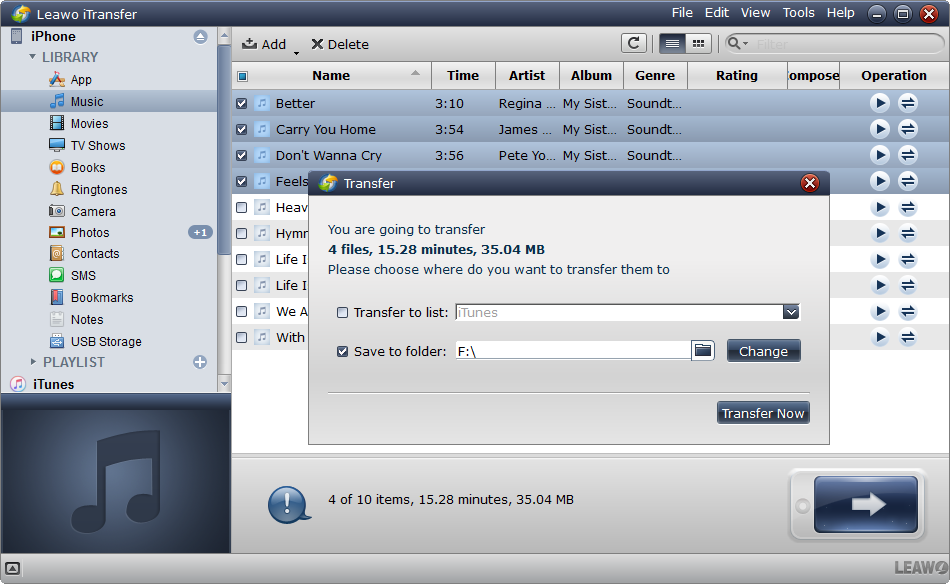 Just click "Change" to choose one output folder on your computer to save the files that you want to be transferred. Then click "Transfer" now to start transferring iPhone files to computer.

Part 2: How to Convert iPhone Music to Xbox 360 Compatible Formats?

As we all known, the Xbox 360 usually supports videos in Windows Media Video (WMV) format as well as H.264 and MPEG-4 media, and it also supports for the playback of MPEG-4 ASP format video and DD5.1/DTS5.1/WMA Pro formats of audio. If you want to convert iPhone music to WMA and MP3 music files, and AAC music files with the Optional Media Update that are the Xbox 360 compatible formats, you could use Leawo Video Converter.

Guide: How to convert iPhone music to Xbox 360 compatible formats like WMA, AAC and MP3 files in order to play iPhone music on Xbox 360? 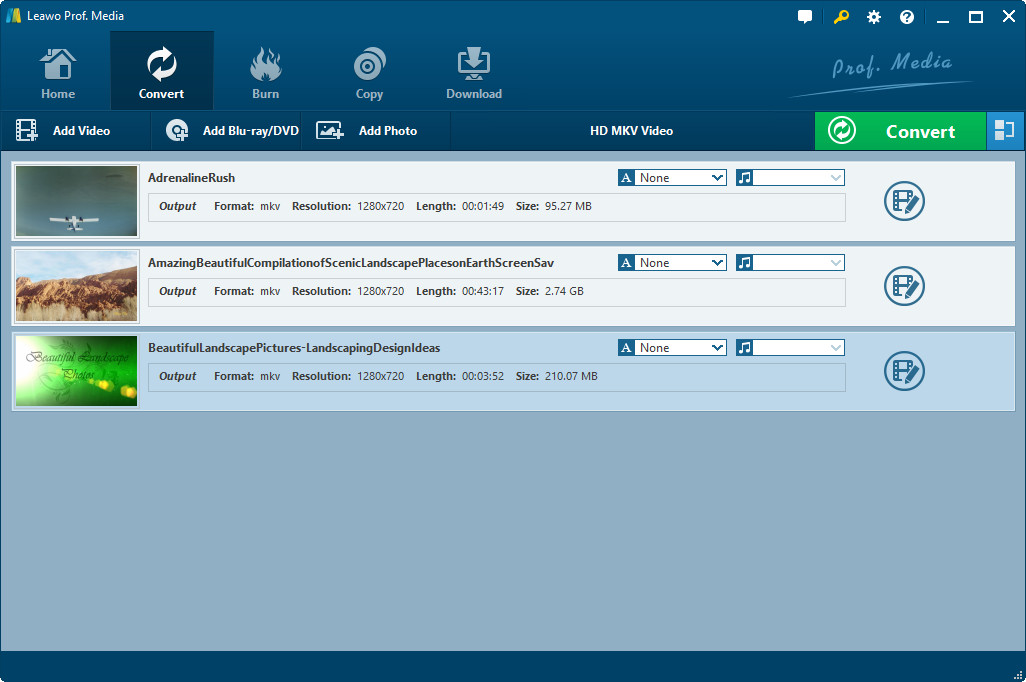 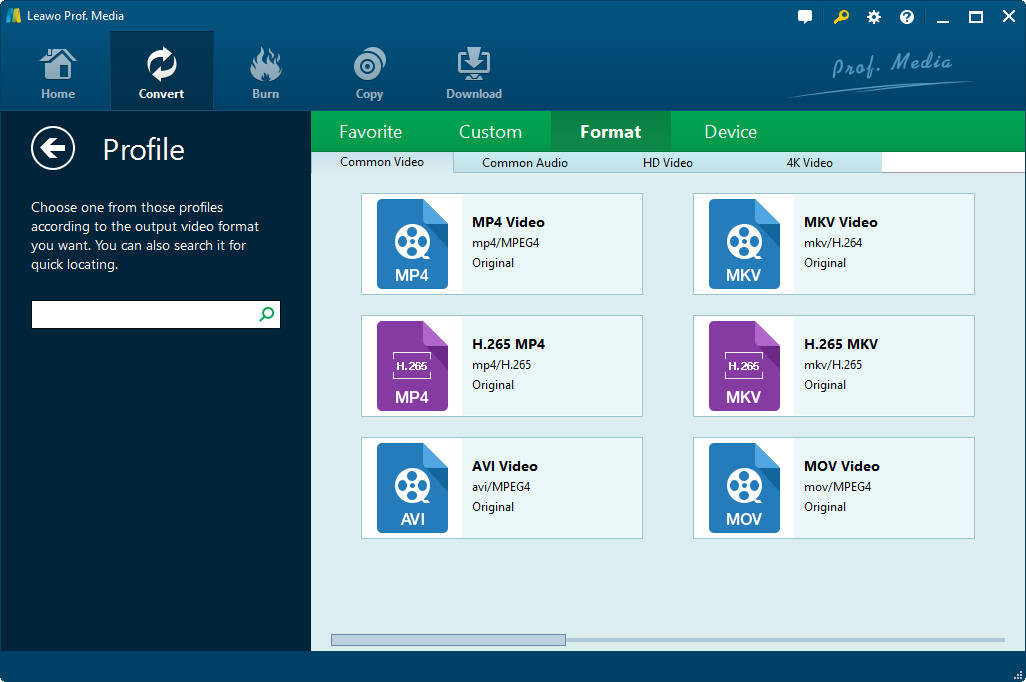 After music files are imported, you need to click the clickable button next to "Add Photo" button named "MP4 Video" by default to pop up a panel where you need to click "Change" to enter "Profile" setting panel on which you can choose audio formats under "Format > Common Audio". 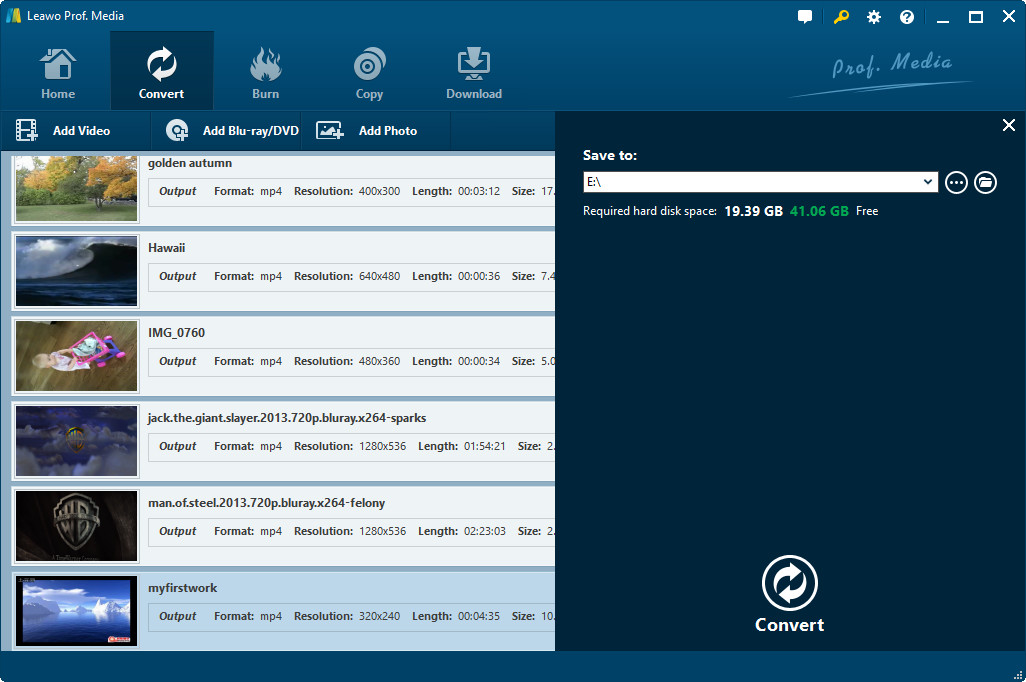 When output format settings is done, you will be returned to the main interface. Choose one output folder to save the converted music audio files in the "Save to" box after you click the green "Convert" button, and click the other "Convert" icon at the bottom of the pop-up window to start converting audio files.

Part 3: How to Copy Converted Music from Computer to Xbox 360?

Here we come to the last major step: to copy converted music files from computer to Xbox 360.

Step 1: In the first place you must make sure of the connection between your Xbox 360 hard drive and your own computer with one SATA cable.

Step 2: Several actions intended to be done in series like this: choose "Control Panel" > "Administrative Tools" on your PC's start menu > "Computer Management".

Step 3: Choose "Drive Management" in the computer management menu that could be shown in the left part of the screen. Right-clicking on the Xbox 360 hard drive and choose "Recognize Drive". And then you could copy all of the iPhone music files to your PC hard drive by right-clicking and choosing "Copy".