How to Backup Blu-ray Disc to ISO File on Mac

"How could I copy a Blu-ray disc and save onto my Mac computer in ISO file? I've searched a lot for an exact anwser but none of them is satisfactory."

Part 1: Get Prepared to Make Blu-ray ISO File on Mac

Blu-ray or Blu-ray Disc (BD, BRD) is a digital optical disc data storage format. It was designed to supersede the DVD format, in that it is capable of storing high-definition video resolution (1080p). Although Apple does not give its Mac computer the capacity to play Blu-ray movies, it does not fail people from enjoying high definition Blu-ray movies on Mac. What you need to watch Blu-ray movies on Mac computer are an external Blu-ray drive and a Mac Blu-ray player program, or, with Blu-ray drive, Blu-ray disc and Blu-ray copy software, you could copy Blu-ray disc to ISO image file by using Blu-ray ISO burning software and then make use of professional Blu-ray ISO player to play Blu-ray ISO file on your Mac computer. Taking storage into consideration, it is recommended that BD25 ISO file be copied onto BD25 disc and BD50 ISO file to BD50 disc.

Part 2: Copy Blu-ray to ISO File on Mac and PC 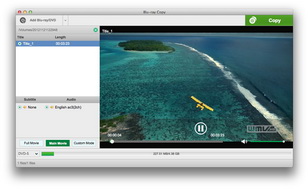 Click the big green "Copy" button on the top-right corner to finish Blu-ray to ISO backup settings. Set "Copy to", "Disc Label" and "Save to" options. Select "ISO file" under the "Copy to" option. Leawo Blu-ray Copy would automatically calculate required storage for you, upon which you could adjust output directory. 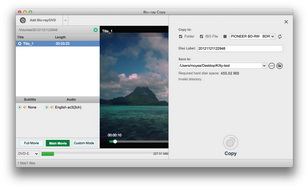 At last, click the "Copy" button at the bottom of the settings panel to start copying Blu-ray disc to ISO file on Mac. 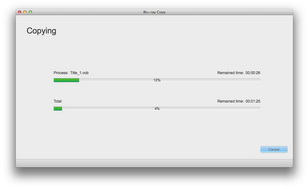 With Leawo Blu-ray Copy for Mac, you could not only copy Blu-ray to ISO file on Mac, but also burn ISO file to Blu-ray disc directly in 3 simple clicks.

After launching Leawo Blu-ray Copy software on your PC, click the inverted triangle drop-down button next to the "Add Blu-ray/DVD" button and then select "Add iso file" option on the drop-down list. Insert blank writable Blu-ray disc into the Blu-ray drive. 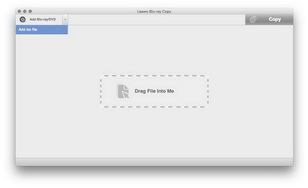 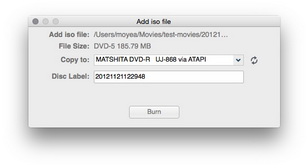 After the backup settings, click the "Burn" button on the "Add iso file" window. This Blu-ray ISO burning software would start to burn ISO file to Blu-ray disc on Mac instantly. 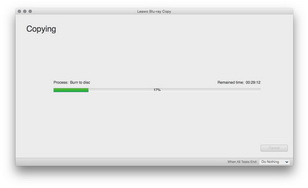 The on-screen prompts will guide you, but it will by default create a .dmg, which is an OS X-specific file format. Disk Utility will also create an ISO (.cdr extension) if you select the "CD/DVD Master" option before creating the image. You can rename the extension (to .iso) after creation if desired. Burn is to Mac OS X what ImgBurn is to Windows — a great, free utility for working with disc images and discs in general. And it's a great solution if you're looking for a way to make an .iso disc image from a CD or DVD in Mac OS X.