VLC Media Player supports almost every video and audio format you come across and it is offering a wide range of subtitle format support as well — if you are passionate about subtitles too.

VLC Media Player has a truly simplified User Interface that does not include any ads, spyware or anything else that intrudes into user privacy. And, once you have installed VLC, there is no burden of installing extra codec files — popular ones come with it! Also, if its basic skin is boring, you can install extra skins, by downloading them right away from official site of VLC Player & the collection is being updated every day. Originating as XBMC (Xbox Media Center) — a homebrewed media player for Xbox consoles — Kodi is designed to be an all-in-one platform that allows you to view pictures, watch videos, and play music. In addition to physical media such as Blu-rays and DVDs, Kodi supports all of the common file formats in use today, both for music (MP3, FLAC, WAV, etc.) and video (MP4, MKV, AVI, etc.).

Adding media to Kodi's library is straightforward; simply add a folder to the appropriate section and the software will automatically detect all media of that type in the folder, as well as monitor said folder for future additions. Kodi's interface is pleasing to look at and easy to navigate, too, and videos generally open quickly and look good. KMPlayer would be able to play that file, quite smoothly & there are impressive features too. Some of those features of KMPlayer include its support for 3D, 2K, 4K & UHD, presence of internal codec files that make playback easier than you except, provided the PC may have relatively lower configuration.

Rather than merely playing files, you have an option to set up libraries when it comes to videos and music; thus, you can get an awesome media experience. Similarly, there is an option to play DVDs well, with all the features you could expect in a typical DVD player. One of the other features that we praise KMPlayer for, is the ability to adjust the playback screen with respect to our screen, convenience of use and there's an in-built subtitle editor too. Media Player Classic is just what the name implies: a classic media player, yet with modern functionality that cannot be ignored. The free, barebones application works with old-school operating systems going back to Windows XP, yet it's still compatible with DVDs and a vast multitude of file formats once you download the proper codecs.

It is isn't jam-packed with features and options — something that gives the program its comparably light footprint — but it does provide enough functionality if you're looking for a program to go to for simple audio and video playback with no strings attached. Options to remove tearing and adjust video scaling are present, as is playback and TV recording if a compatible tuner is installed, and the software even offers remote control support for select Android devices if you can figure out the complicated pairing process. 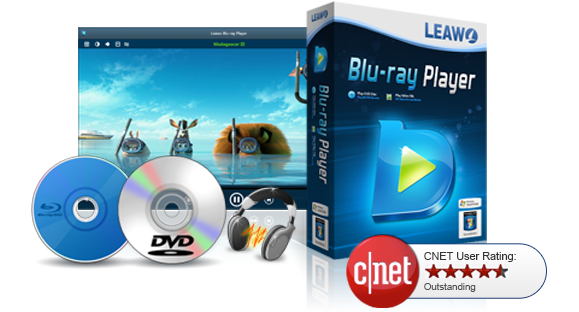 1. This free media video player is 100% free. You could use it to play any media in any format for totally free. No in-app purchase or other kind of cost required.
2. Besides acting as free 4K video player, it's region-free 4K Blu-ray player software to play 4K Blu-ray disc, regardless of disc protection and region restriction.
3. Free media video player to play up to 4K UHD/1080P Full HD video without quality loss in any format, including 4K MKV, 4K MP4, HD MP4, HD AVI, etc.
4. Select subtitles and audio tracks, even add extra subtitles. Deliver cinema-like movie experience with support of various advanced audio decoding technologies like Dolby, DTS, AAC, TrueHD, DTS-HD, etc.

2. How to Play Media with the Best Free Meida Player

It's extremely easy to use to play media files with Leawo Free Blu-ray Player. Download and install it on your computer. Then launch it. Get source media files ready. Click the "Open File" button to browse and add video, audio, ISO file, DVD/Blu-ray folder for playback. Or, insert Blu-ray/DVD disc into the disc drive and then choose it as source media file for playback.

During playback, you could do some playback settings like: select subtitles, set video and audio, click for full-screen playback, add another media file onto the playlist, etc. 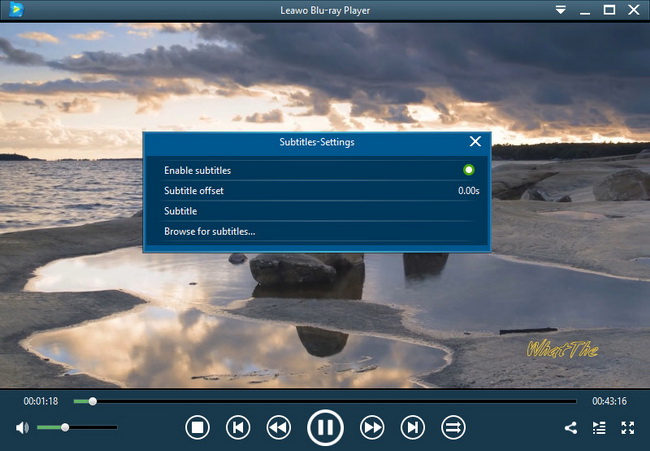