Though many people have been turning to some awesome music streaming services or even streaming music off YouTube for music enjoyment, there are still a lot of occasions that requires desktop music player, like enjoying a large music collection stored offline, playing language listening materials saved in MP3 or other audio formats, etc. That's why having a wonderful MP3 player is so important.

Check out these best free MP3 players below and get your favorite MP3 music player to enjoy music offline on your computer. Love it or love to hate it, iTunes is one of the most popular and best music MP3 players in the world, and for good reason—it offers a great music store, syncing for Apple-branded mobile devices, a podcast manager, and a fully-featured jukebox all rolled into the same app. It's completely free MP3 player. Combined with iCloud and iTunes Match, you have a desktop MP3 music player with some pretty powerful wireless cloud features that help you keep your music playing on the go. This free MP3 player is easy, straight forward, and gets the job done. What's more, you can have a mobile version os iTunes preinstalled on your iOS devices. Winamp's ownership has changed hands recently so the player isn't available off the official site at the moment. It's expected to be back sometime this year, but an unofficial site lets you download it. Winamp is one of our favourite music players because it handles large music libraries with lots of playlists very well. Also has a tonne of skins if you want a different look for the player.

Surprisingly lightweight and efficient for such a feature rich, flashy, and capable music/media player. It has many features to help build and manage your media library. Rip, Convert, Record, and Burn all in one program. Use countless auto play lists (the most I've seen, but some are based on tags you must create) in its library, view a simple lyrics windows, get radio stations (many languages), browse to music stores and fan sites from within the player, and choose between several unique skins. However, I found its separate media center/main window setup confusing (the media center does not reduce to a mini player and I kept accidentally exiting the whole program). Other negatives: limited tag editing, no 32 bit output capability in the free version, and 1 'less critical' Secunia advisory (and four past advisories in a previous version). Foobar2000 is one of the lightest music players you can download with an install size of just 3MB. If you just want a lightweight player that'll play your songs, Foobar2000 is the perfect barebones app for you. It's highly customisable, you can add a lot of features from advanced playback controls to audio encoding.

For Mac users, actually there are far more options to play MP3 music files than iTunes. If you're looking for a Mac MP3 player, the below list would be helpful to you. These 5 top MP3 players are all free music MP3 players to let you play MP3 and other music files. 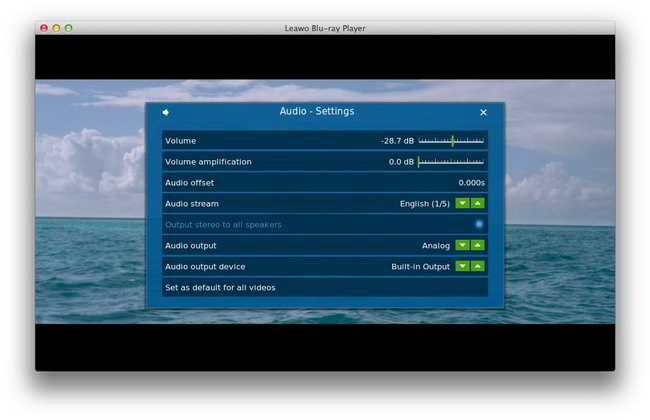 Swinsian is an OS X app has a similar layout to iTunes. After it syncs with your iTunes library, Swinsian's layout includes left and right sidebars. On the left, playlists are displayed just like in iTunes, and on the right, you can easily edit a song's metadata and tags. Swinsian supports a wide range of formats and has notifications when a new song is playing. You can also connect your Last.fm account and Swinsian auto-detects other AirPlay ports. Swinsian offers a free 30-day trial and is $19.99 thereafter. Sonora is an OS X app that allows you to view your iTunes library via album covers with a priority on visual layout. The main problem is that the app has a hard time importing large libraries. Files and album covers will fail to load and the app will crash. However, the 2.0 version is still in beta mode, so hopefully this bug will be fixed with a later, more stable version. Regardless, Sonora features a smooth, streamlined layout that lets you browse on the left and displays your queue at the bottom of the player. You can easily move tracks in and out of this flexible queue, and you can search for tracks by simply typing anywhere on the app. Additionally, you can connect to your Last.fm account to scrobble tracks. Audirvana is a free, open source and user-oriented music player specially designed for audiophiles looking for a simple and reliable audio player to play audio files on Mac OSX. Audirvana Free come with a simple user interface, intuitive button layout and classic designed that focuses on functionality rather than the looks. You could create, load and manage your playlists with ease, and customize and configure Audirvana Free according to your preferences. Clementine is a modern music player and library organiser, focusing on a fast and easy-to-use interface for searching and playing your music. It is a multiplatform music player with Tabbed playlists, import and export M3U, XSPF, PLS and ASX, download missing album cover art from Last.fm, and queue manager.

Part 3: The No.1 Best MP3 Player for Mac and Windows