Part 1: What Can We Do with Music Recording Software? 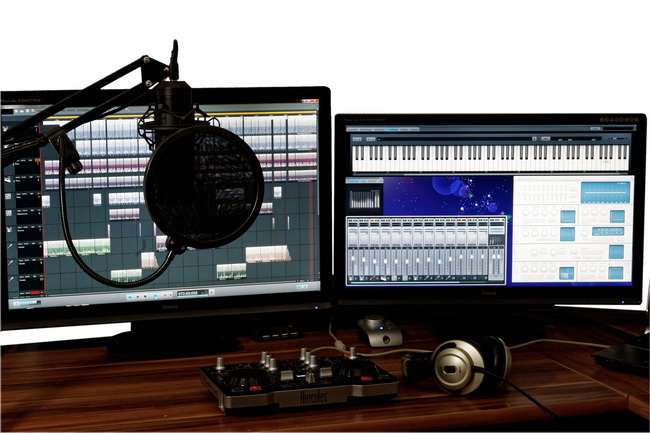 Leawo Music Recorder is the best audio recording software ever for music lovers to record any audio and music on Windows OS. It can act as a streaming audio recorder to record Mic audio and some other built-in audio input stream. Meanwhile, it can perform as a computer audio recorder to record computer audio files in local music library. What’s more, it is also an online audio recorder that can record audio of various online music sources like YouTube, AOL Music, Last.fm, etc. As professional music recording software, its built-in recording Task Scheduler allows music lovers to preset starting time and duration. Based on powerful online music library, Leawo Music Recorder can automatically download and add music tags like album, album cover, artist and song name to the recordings. It is not only a music recording program, but also a music manager which enables people to create, edit and delete playlists for recordings, edit recorded music file info, sync add recordings to iTunes, and so forth. It is no doubt that Cubase is the second well-known Software in the field of sound recording. Its first version released in 1989 only allows one to record sound by MIDI and simultaneously record eight audio tracks. However, after the improvement over decades, Cubase now is multi-functional that operators can use it to edit a wide range of sound tracks and mix window and new Sampler Track without leaving project window. The latest version of Cubase Pro 10 is a powerful with ultra-flexible recording environment. It is particularly suitable for MIDI synthesis using a virtual synthesizer, which is also a powerful audio editing and post-production tool. WavePad, developed by NCH software, is one of the most famous and accessible music recording software with over 18 million users. It is a full-featured music recording tool that is mostly used by the experts. It offers various audio effects such as amplify, normalize, equalize, echo, etc. moreover, it even allows you to put bookmarks while editing long audios. It supports almost all audio formats including vox, gsm, WMA, real audio, AU, AIF, FLAC, and OGG. Moreover, it is compatible with several major operating systems, including Windows, macOS, Android, and iOS. 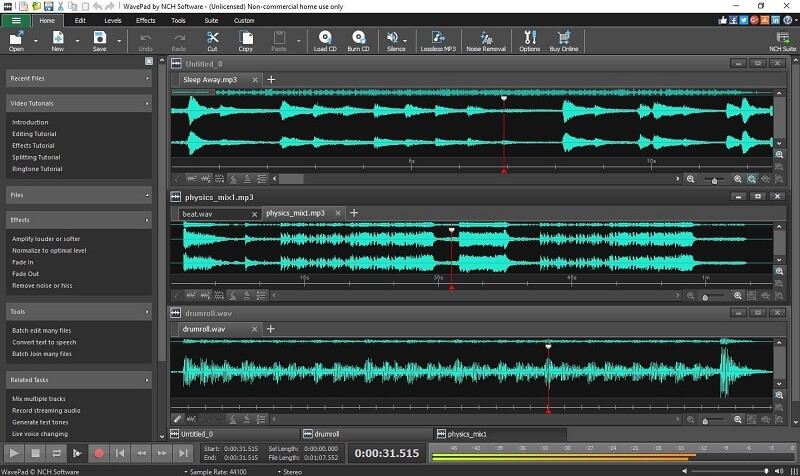 Cockos Reaper created by Justin Frankel was essentially a shareware recording tool rich with a plenty of capabilities. It encourages users to adopt and operate the software free before paying for the license. In this way, users can be quickly familiar with the software's functions and interface. What's more, it is abundant in hundreds of native instruments and allows for the integration of VST plugins. Cockos Reaper is available both in Windows and Macs, so whether what kind of system your computer is, you can learn it for free. The shortcoming is the software is only free for 60 days. After that, you have to pay $60 for it. Even so, it does no harm to its being listed on the top 10 music recording software for Windows. 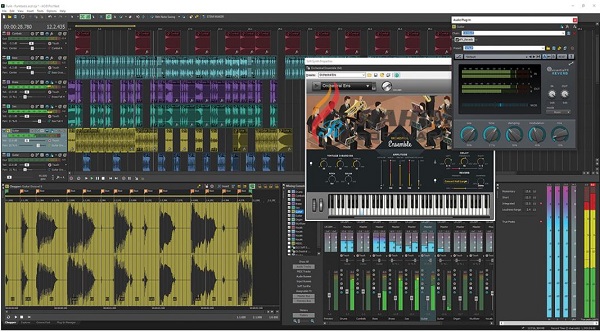 Since Audacity was first released in 2000, it has become one of the hottest free software for its wide range of options for recording audio. What's the most important thing is that it offers free charge for everything. What's more, its layout is supper simple that facilitates users to operate it. It has toolbars for editing and mixing a track. When the track is uploaded, you can see the sound wave forms and select one section to edit. However, every coin has two sides, Audacity is no exception. When you edit a track, the change can't be revoked. For example, when you add effects to a track, the altered sound wave form will change the original sound file, which means you can't go back and undo the operation. This problem matters a lot when it comes to complicated operation like mixing. Moreover, it can't handle files in MP3 format. All in all, as free audio recording software, Audacity performs well in recording audio. 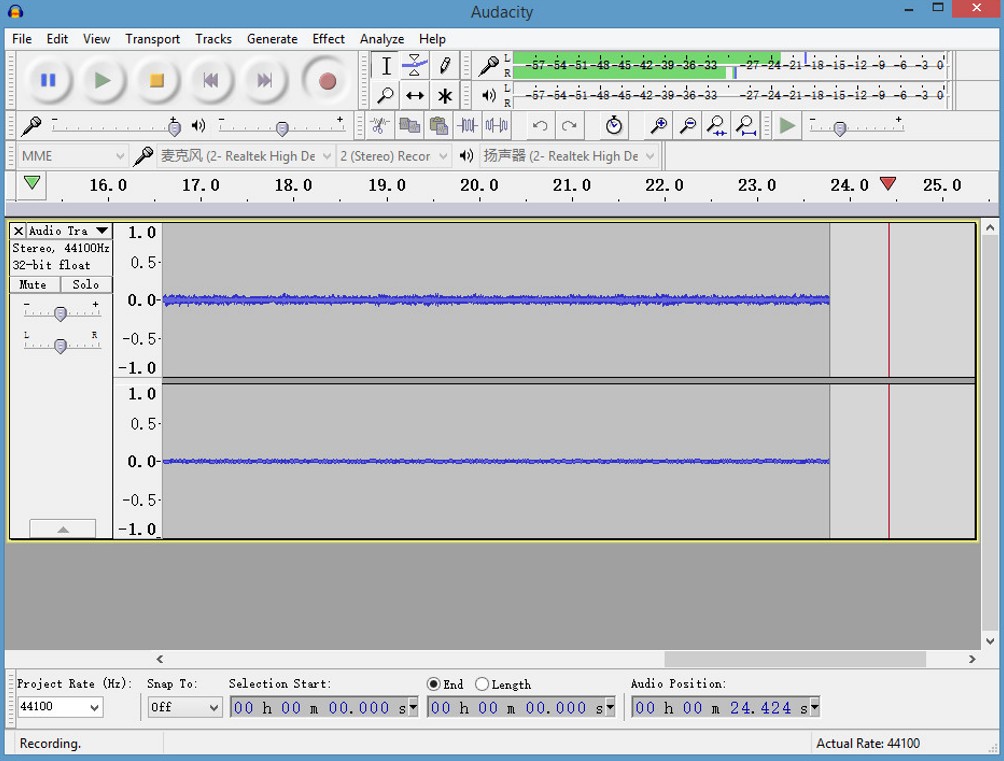 Wavosaur might not have as many features as the complicated software like other audio recording programs do, but it has one thing going for it that others do not have: portability. There are two versions of Wavosaur, one that you can install and another that is portable – which is also only 3.18 MB. You can quite literally simply keep a portable version on your USB stick and use it on any PC you like anytime. Wavosaur also supports a huge range of audio formats, including VST files. It might lack the fancy features that other more complicated software have, but it is a good piece of music recording software you simply want to get something done quick and easy. Ocenaudio is one of the best free music recording software for amateur musicians and podcasters. Though it doesn’t have many professional features like Audacity, it is a decent music recorder for PC for daily audio recording. It is also an audio editor that works on all the popular platforms including Windows, Mac, and various distributions of Linux like Ubuntu and Mint. It is claimed that it has very intuitively-designed interface so that both the advanced users and the beginners can use it without any trouble. 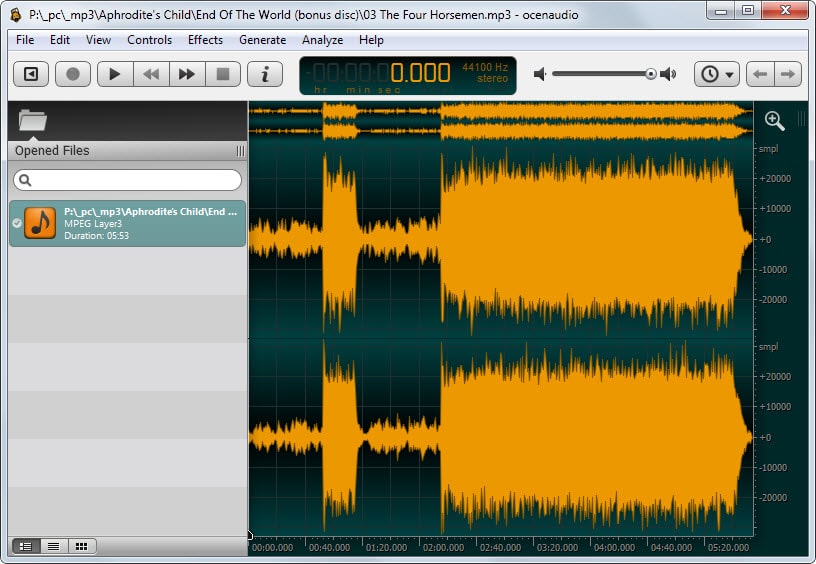 Part 4: How to Use the Best Music Recording Software for Windows to Record Music?

All music recording software mentioned above can be excellent choices, but we think that Leawo Music Recorder is more friendly for beginners, which is also powerful enough. To let you know the specific steps to record music with ease, we will use this best music recording software for Windows to show you how to record music effortlessly and losslessly. This professional and lightweight software allows you to easily record audio from any built-in input audio, computer stream audio and online music, and then save in MP3 or WAV format.

Go to the official site or click below link to download the installation package of Leawo Music Recorder for free, and then install the program on your computer in minutes.

Before you could record music on Windows computer, you need to do some settings. Firstly, click the mini microphone icon on the main interface to set audio source, which represents where the music would come from. You could see 2 options: "Record Computer Audio" and "Record Audio Input" options. The former one represents music on your computer including local drive songs and online music, while the latter one represents built-in music through the microphone. Choose one according to your needs. After setting audio source, open the "Format" tab to choose either WAV audio or MP3 audio as output format to save your recordings. You could even adjust the audio bit rate and sample rate as you like. You also need to open the "General" tab to determine the output directory for saving recordings in the "Output" box. Program UI language is adjustable here as well. With all settings done, click the "OK" button. Click red "Start" button and then start source music playback for recording. This music recording software would start to record music on your computer immediately.

Generally, this software could automatically download and add music tags to recordings if you're recording an exist song. Alternatively, you can right click the recorded song and then choose "Edit Music Tag" to adjust music tags like artist, album, cover, title, year, etc. according to your needs.