New year's eve is all about farewell to the past and moving on with resolution. If you are going to celebrate it with your loved ones, the best way is to watch a comedy movie and laugh together. What else can be better than love and fun with the family? Here we've rounded up some best action comedy movies for New year's eve, don't miss out.

What defines the blending of action and comedy? The mashup is super popular and it usually has more action elements than comedy. Extended fighting and physical feasts sometimes can better bring about the excitement. Now let's check out these fun-packed action comedy movies.

Directed by Ben Stiller, Tropical Thunder is a hilarious action comedy movie that documents a group of actors who are shooting a big-budget movie but get forced to become real soldiers in a warzone. The movie is a hysterical satire and packed with toilet humor. From the main cast to supporting and cameo roles, the movie has pulled together many big-name actors, which is also part of the reasons that make it popular over the years.

Directed by Matthew Vaughn, Kingsman - The Secret Service is one of the best action comedy movies that are worth taking a look at for New year's eve. Following the recruitment and training of Gary, the street kid who grows into a secret spy organization, Kingsman is packed with the action series and twists you will find in the spy movies. Plus the authentic and twisted British humor, Kingsman is subversive, stylish, and all fun!

Directed by Edgar Wright, the famous British comedy filmmaker, and starring Simon Pegg, who is Edgar's best partner in comedy filmmaking, Hot fuzz always stays on the list of the best action comedy movies for years. At the first glance, Hot Fuzz is a parody of a buddy cop movie that covers a London police's exploring of dark secrets in a small town, but it's a prime example that is loaded with thrilling action and humor.

Centering on a murder investigation in Beverly hills, the movie is one of the most dramatic action comedy movies of all time. As a buddy cop movie that applies the same formula - a cop pursues a murder case and entangles himself into dark secrets, Beverly hills cop brings out unbridled comic energy and dramatic thrilling elements. The movie is an immediate blockbuster and is the highest-grossing film of 1984.

Admittedly, superhero movies are not about action and big-name cast, but also the comic influence. Starring Ryan Reynolds, Deadpool is a hilarious superhero comedy that presents unmatched fighting scenes and funny jokes that are oddly relatable. The wisecracking mercenary consistently breaks the 4th wall and throws out the funniest quote ever. The mutant antihero is a subversion of the classic formula of superhero movies and his joke is just immortal as himself.

When it comes to action movies, there is one element that can never be neglected, that is, martial arts. Imbued with the Chinese traditional culture and philosophy, the fighting and action scenes usually characterize a touch of oriental aesthetics. Here are the best action comedy movies in Asia that might be ideal for your New year's eve celebration.

Compared to Jackie Chan's previous work, the movie is packed with more comedy elements that aim to win over all the audience, especially the west. Set in the Bronx area in New York City, Jackie Chan is the random guy who is forced to fight against the local mob with martial arts. Rumble in the Bronx is Jackie Chan's attempt at a Hollywood breakthrough. The work is one of his best action comedy movies that are packed with elegance and grace as well as humor to the choreography of fighting scenes.

The Hong Kong police Jackie Chan teams up with the reckless and loudmouthed LAPD detective Chris Tucker to stop a dangerous crime and rescue the Chinese Consul's kidnapped daughter. Rush hour has Jackie Chan's most entertaining action sequences ever. Along with Christ Tucker, the two have made an effective comic duo that racks up the hilarious moments of the movie. The film is formulaic at some point with enough humor and fun.

Journey to the West: Conquering the Demons(2013)

Directed by Stephen Chow, the movie is a loose adaptation of the Chinese literary classic - Journey to the West. Following how Tang Sanzang protects a village from demons and his complex relationship with Miss Duan, the movie has served up a dazzling action sequence along with love and romance. Journey to the West is packed with Stephen Chow's famed exaggerated comic style, which is ridiculous, sweet, and silly at the same time. Well received by critics, the work is one of Stephen Chow's best action comedy movies.

So where to watch these best action comedy movies for free? Check out these best free sites where you may find many popular movies around the world.


Sony Crackle is a streaming site where you can find the best action comedy movies. The site offers a great number of movies and TV shows, ranging from thriller to Sci-Fi and Comedy. You can either watch it through a web browser or mobile device. If you are a fan of action movies, then Crackle is the one you don't want to miss.


Popcornflix is an ad-supported streaming service that offers tons of movies and TV series, especially mainstream productions like action comedy movies. Designed with a clean UI, Popcornflix is easy to use and you can find the genres and languages on the page. Popcornflix supports web, mobile, and smart devices.


Yidio is a streaming website that covers a great variety of movies and TV shows in different genres and languages. The site is more like a search engine for free movies, and you can find the free movie resources simply with one click. If you want to watch action comedy movies for free, check out Yidio.


Vudu is an online streaming platform that contains a wide variety of catalogs of movies and TV shows. You can surely find the best comedy movies here. Vudu is an ad-supported platform and it offers free content that is available for some time. You may get Vudu subscriptions and enjoy movies on PC or stream via smart devices.

Enter the URL of source action comedy movie into the address bar, and the program will automatically detect all downloadable sources in the page. Here we will take YouTube as the example. 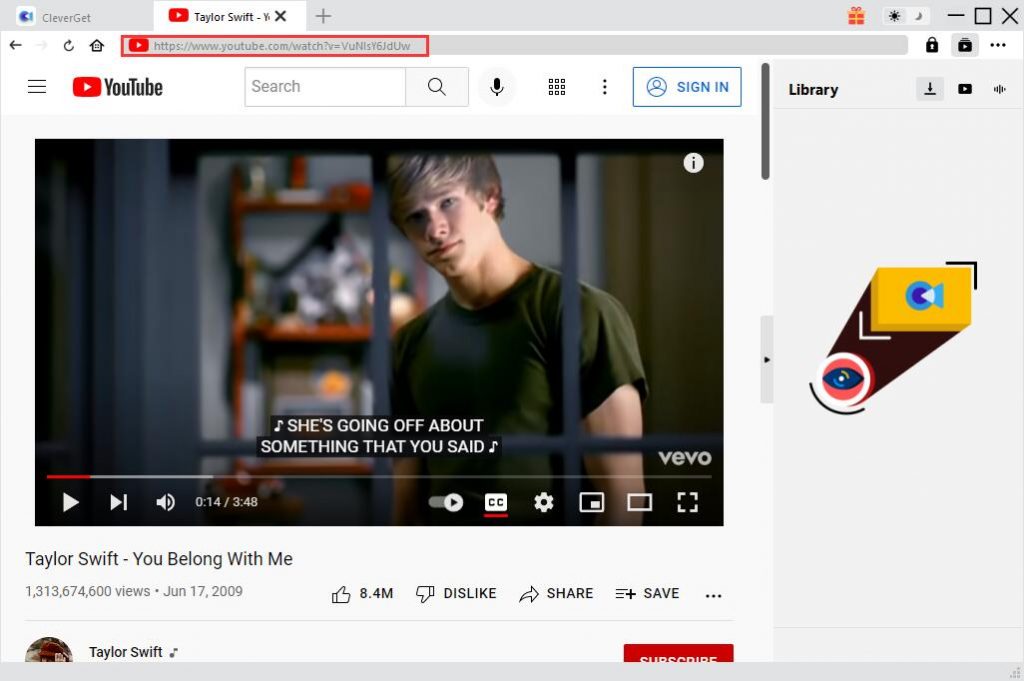 After analysis, several available videos and audios with their quality, size and format alongside will be listed out. You can choose the desired action comedy movie to download accordingly. 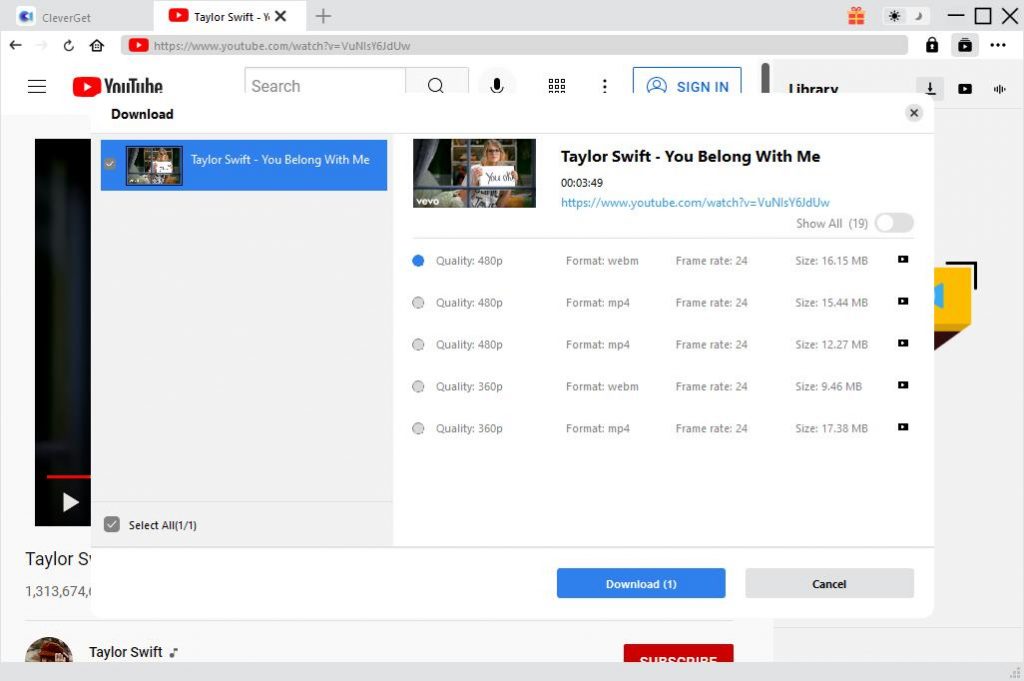 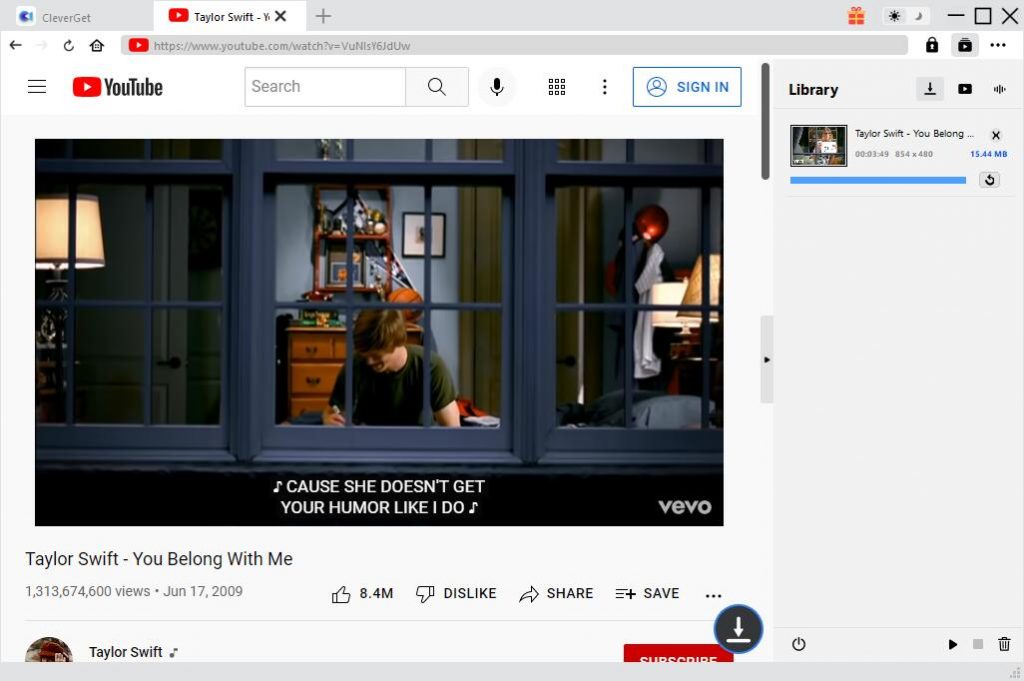 Video quality is always the priority when watching your favorite action comedy movies. Here comes Leawo Blu-ray Player, the best free video player on the block. If you want to play downloaded action comedy movies more smoothly with various settings adjustable, you can use Leawo Blu-ray Player. Just click the "Download" button below to download and install this software on your computer. Most importantly, it's 100% free!

Leawo Blu-ray Player can satisfy all your needs for media playback. From Blu-ray disc to DVD to HD video(4K) to BDAV movie folder and Blu-ray ISO image files, it simply plays all. For fans of 4K, DVD, and Blu-ray, Leawo Video Player is the best choice for premium video quality and incredible cinematic experience.