Country rap appears to be having a moment. In addition to the enduring popularity of “Old Town Road”, country rap artist Blanco Brown’s another song “The Git Up” also reached the top position on Billboard’s Hot Country Songs chart. Blanco Brown is now included among a limited number of country artists to ever hit No. 1. The blending of country and rap is not new, however. Artists have combined elements from the two genres for decades, producing quite a few popular songs along the way.

1. Morgan Wallen – “More Than My Hometown” "More Than My Hometown" is a song co-written and recorded by American country music singer Morgan Wallen. It was released on May 27, 2020 as the lead-off single from his forthcoming second studio album. Wallen co-wrote "More Than My Hometown" with Michael Hardy, Ernest Keith Smith, and Ryan Vojtesak, and it was produced by Joey Moi. Lyrically, the song talks about small town love and finds the narrator drawing the line at moving away from his hometown to follow his girlfriend's big city dreams. "One Margarita" is a song recorded by American country music singer Luke Bryan. It is the third single from his seventh studio album Born Here Live Here Die Here. Bryan's bandleader Michael Carter wrote the song with Josh Thompson and Matt Dragstrem. The song peaked at number 19 on the US Billboard Hot 100, making it Bryan's first Top 20 in the United States since his 2014 hit "Play It Again", which peaked at number 14. "Hard to Forget" is a song by American country music singer Sam Hunt. It is the fourth single from his second studio album Southside. Hunt wrote the song with Ashley Gorley, Josh Osborne, Luke Laird, and Shane McAnally. The song contains a sample of Webb Pierce's 1953 hit "There Stands the Glass", whose writers Russ Hull, Audrey Grisham, and Mary Jean Shurtz are also credited. "I Love My Country" is a song recorded by American country music duo Florida Georgia Line. It was released in March 2020 as the first single from their upcoming fifth studio album. The duo released the song on March 27, 2020. Corey Crowder co-wrote the song with Ernest K. Smith and Charlie Handsome, and also produced it. USA Today referred to the song as a "country-rock jam tailor-made for summertime." "God Whispered Your Name" is a song recorded by New Zealand-Australian country music singer Keith Urban. It was released on 2 March 2020 as the second single from Urban's upcoming eleventh studio album The Speed of Now Part 1. American Christian musician Chris August co-wrote the song with Shy Carter, Micah Carter, and James T. Slater. Urban co-produced with Dan McCarroll. Of the song, Urban told Nash Country Daily, "absolutely spoke to me and tells my journey in such a profound way going through a season in life of being very lost and lonely and confused and not knowing how to get out of that".

Follow the below steps to learn how to record and download these top country rap songs for offline listening. Firstly, download and install Leawo Music Recorder on your computer. Click on "General" in the same window and choose a destination folder by clicking on the folder icon. In the same interface, you can change language as you like. Afterwards, head to "Format" where you can choose MP3 or WAV as the output format. Besides, change bite rate and sample rite to adjust your sound quality. Usually, the increase of bit rate and sample rite means the enhancement of sound quality. The step is optional. Leawo Music tag is capable of downloading music tag automatically. You can right click the recording in the Recording interface to choose "Edit" or enter Media interface to right click the recordings to choose "Edit Music Tags". At that time, a window will appear where you can edit music tags like year, genre, name, etc. Simply change music tags as you like.

Isn’t it simple to record and download country rap songs with Leawo Music Recorder? Actually, Leawo Music Recorder is a helpful assistant in recording any kinds of music in high quality. You could also record music from YouTube, download Groove music, get Spotify songs, etc. You could actually get any sound your computer could capture into either MP3 or WAV file. When the download completes, you will get MP3 audio files off YouTube and then listen to the downloaded country rap songs offline freely. 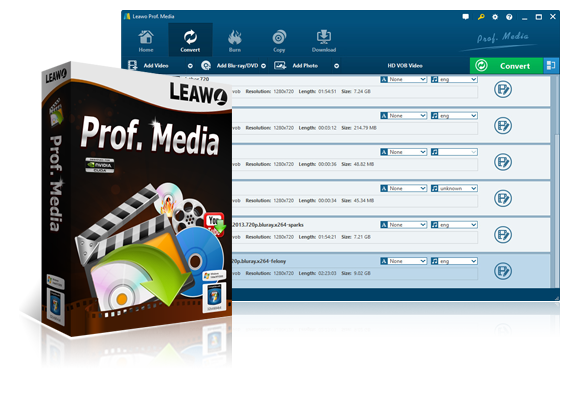