How to Convert and Burn MKV to Blu-ray with Subtitle

"I have an LG Blu Ray burner model WH14NS40. I knew ahead of time it comes without software. I have tried getting several different programs to burn these files to a Blu Ray disc, but either they fail or the trials are junk. Can you recommend a good (free or paid) program to create blu ray discs?" – from Jerry Wilson on tomshardware.com.

Part 1: How to Burn MKV to Blu-ray with Subtitle

Preparation for burning MKV to Blu-ray:

How to Burn a MKV File to Blu-ray: 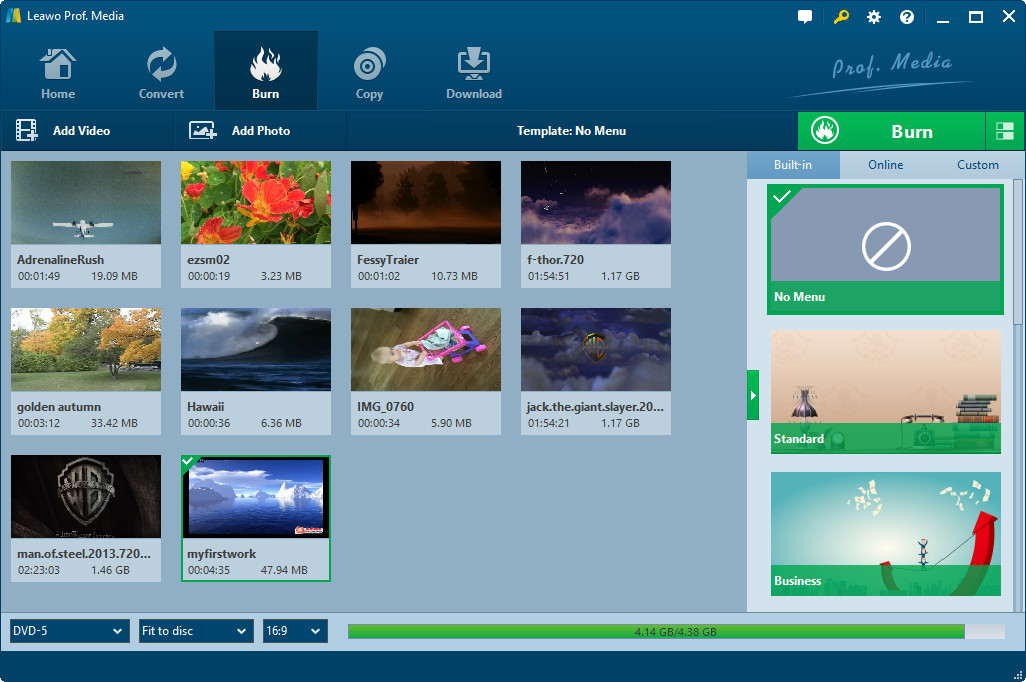 Directly drag and drop source MKV files, or click "Add Video" button to browse and add MKV videos into this MKV to Blu-ray converter. After loading, you could play back loaded MKV files, select desired subtitles and audio tracks from source MKV files, set output disc type (between BD25 and BD50), and bit rate at the bottom. This MKV to Blu-ray converter allows you to edit MKV videos to get customized Blu-ray content. Right click the loaded MKV video and select "Media Edit" icon to enter the video editing panel, where you could "Trim" video for exact length, "Crop" video for proper size, "Effect" video for the best display, "Watermark" video with image or text and add 3D effect. 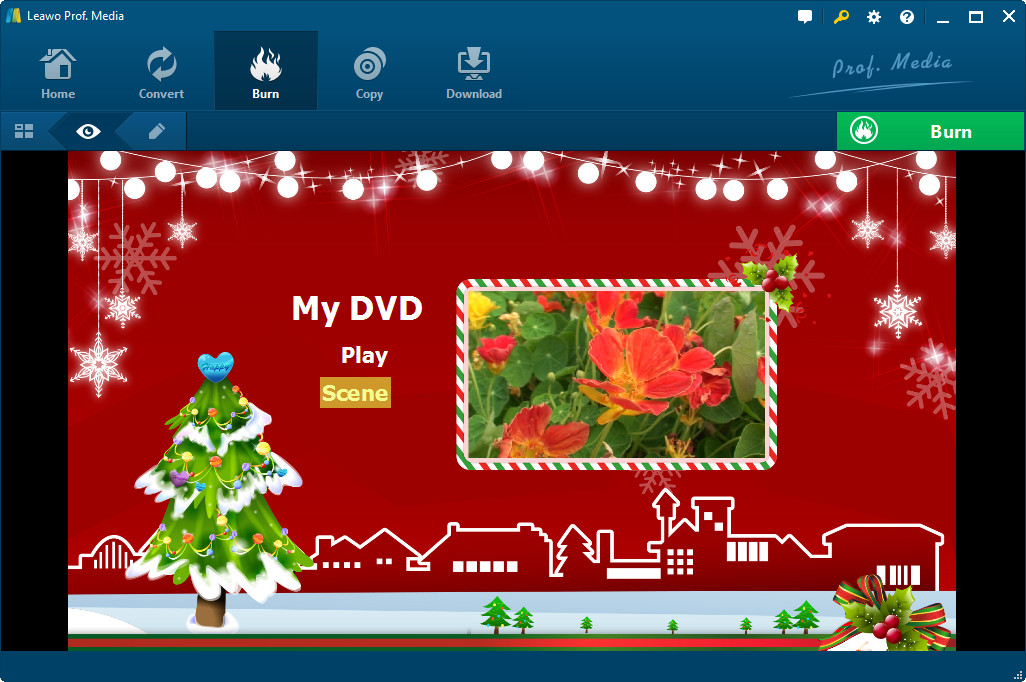 Select a disc menu from the preset disc menu templates from the right sidebar of this MKV to Blu-ray burner's main interface. Click the eye icon in the middle of the menu template to get a preview and edit selected menu. If you don't need to add disc menu, click "No Menu" template. 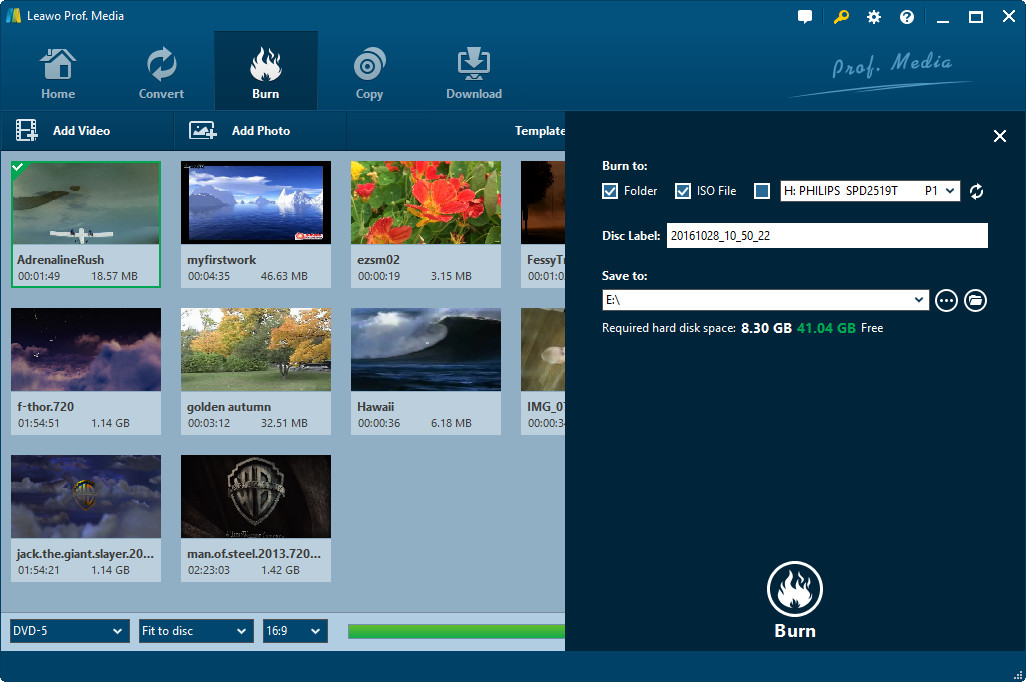 Click the big green "Burn" button to enter the "Burning Setting" panel, where you can choose to burn MKV to Blu-ray disc, ISO File, or/and Blu-ray folder, input "Volume Label", choose saving destination in "Save to". You could choose multiple targets under the "Burn to" option. 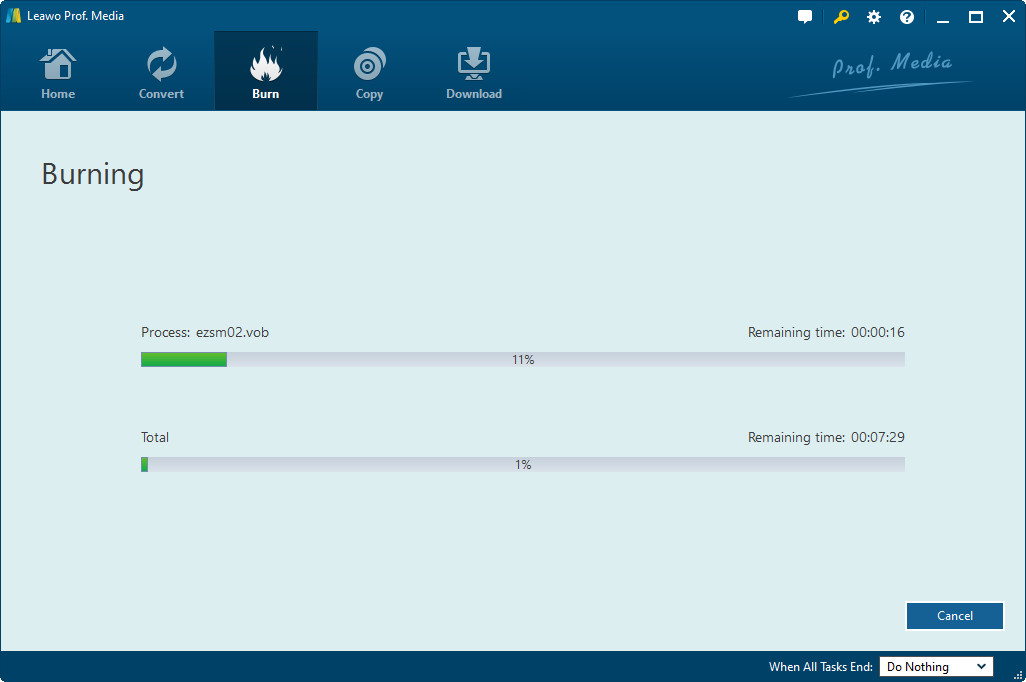 Finally, after all settings, simply click "Burn" button on the setting sidebar to start burning MKV to Blu-ray. On the burning interface, you could see all burning progresses and set after-burning operations.

What is MKV? Contrary to popular belief, MKV files are not an audio or video compression format. In reality, MKV files are actually multimedia container formats. This essentially means that it is a container that can incorporate audio, video, and subtitles into a single file even if they use a different type of encoding. For instance, you could have a MKV file using VP8 video with Vorbis audio, or more commonly, using H.264 for video and something like MP3 or AAC for audio.

MKV container files were designed to be future proof, meaning that the files would not become outdated. For this reason, Matroska developers included several key features. These include fast seeking, chapter, menu, and metadata support, different selectable audio and video streams, online streaming compatibility, subtitle (hard-coded and soft-coded) support, and error recovery (allows for playback of corrupted files). The container itself also supports almost any audio and video format, which makes it highly adaptive and easy to use. Because it isn't an industry standard, not all media players support it yet, even though support is rapidly growing. There are two main options for playing MKV files. These include, using an MKV compatible media player or downloading the appropriate codecs.

Part 3: How to Play MKV Videos on Mac and Win

To play MKV videos on Mac or Windows computer, you need to use MKV compatible video player. The native media players of Mac OS and Windows are not particularly friendly with MKV. You could refer to the below solutions: 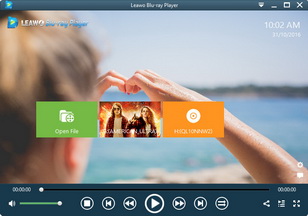 Another fine software in this list is VLC Media Player. It lets you play MKV video files quickly and easily. It has an easy to use user interface. Apart from MKV it can also play a variety of file formats e.g. MP3, WMV, WebM, H.264, DivX etc. It is a cross-platform application and is available for Mac OS, Linux and Windows. VSO Media Player lets you play digital video discs, Blu-ray discs, and MKV video files easily and also plays them in full screen mode. It has an attractive and easy to use interface. This tool is available in many different languages. It also gives you the option to manually adjust the contrast, brightness, saturation and gamma of the video. Part 4: Convert MKV Video on Mac and Win for Playback 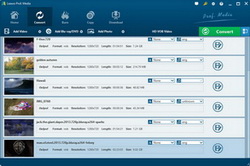 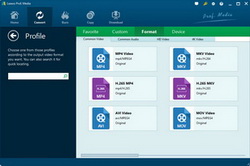 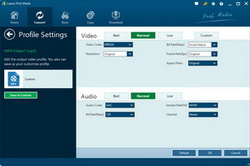 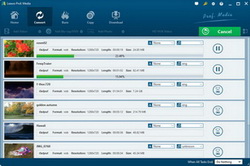 1. Open Leawo Video Converter, under the "Convert" panel, click the "Add Video" button to browse and add MKV videos into this MKV video converter.
2. Click the drop-down box before the big green "Convert" button and then choose "Change" option to enter Profile panel. Choose a profile as output format according to your device.
3. Click the drop-down box and then select "Edit" option to enter the Profile Settings panel, where you could set parameters of selected profile, including: codec, bit rate, aspect rate, frame rate, etc.
4. Click the big green "Convert" button on the main interface. Set output directory in the "Save to" box and then click the "Convert" button at the bottom to start converting MKV videos.