4K UHD has become ubiquitous these days since the growth of streaming services as well as advanced video codec. Here in this post, we'll talk about what is AV1 codec and draw a detailed comparison among AV1, HEVC and VP9 codec.

Developed and finalized by Alliance for Open Media (AOMedia) consortium, AVI is an open-source yet royalty-free video coding format with an improved compression algorithms that enhance efficiency without compromising video quality. AV1 codec supports up to 120 FPS in 8K resolution, including bitrates up to 800 Mbps. Bit depth for color is defined in 8, 10, and 12-bit variants and by color sampling down to 4:4:4 full pixel levels. 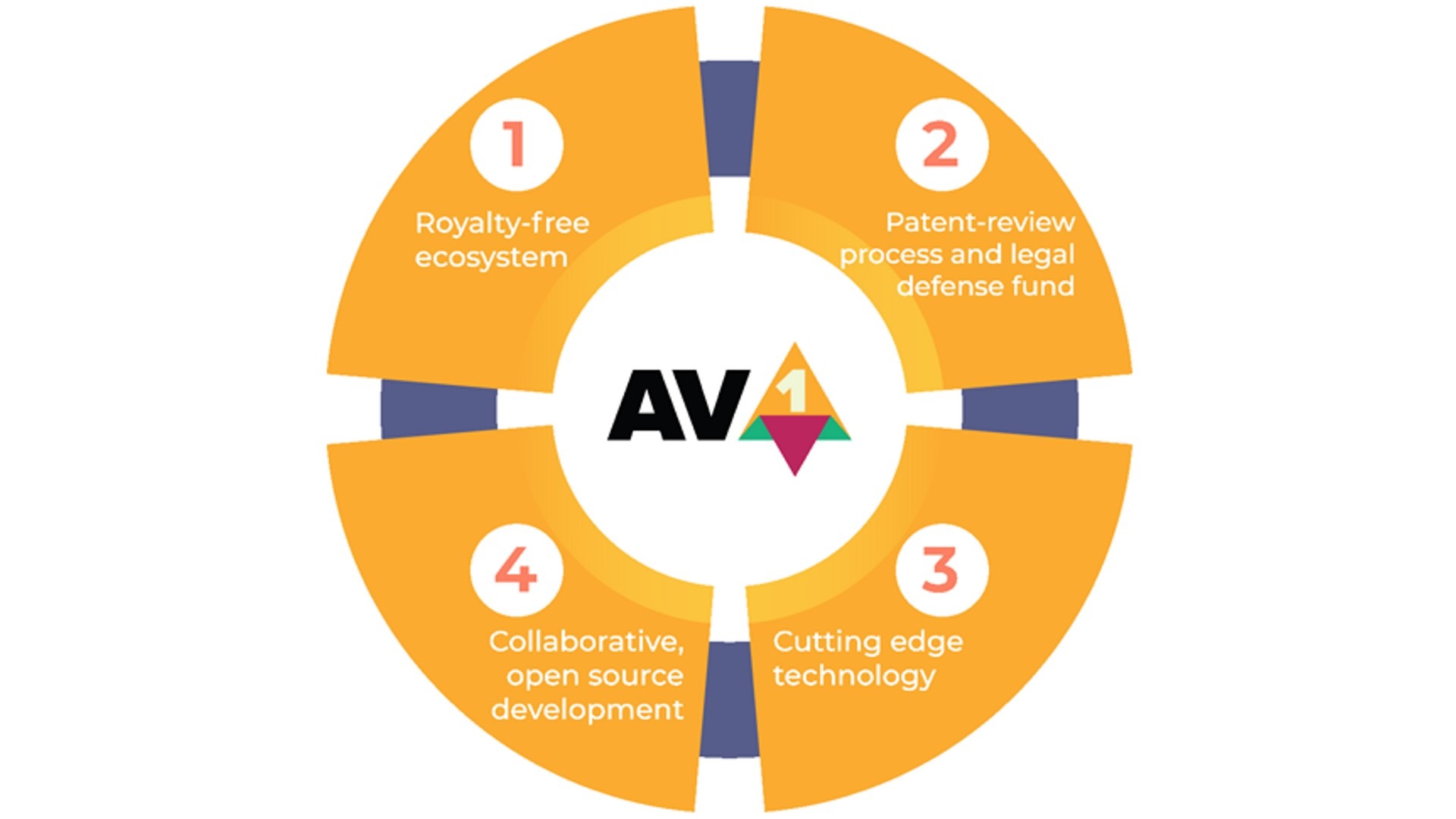 Streaming providers apply mostly H.265, HEVC, VP9 or a combination of those codecs, such new codec like AV1 helps deliver faster frame rates, a more sophisticated color contrast with lower bandwidth costs. For instance, Netflix started streaming AV1 content to the Android app as a way to lower costs for Android customers. The Netflix "Save Data" feature on Android devices prioritizes AV1 streams with smaller data volumes when possible. The company also pledged to fully use AV1 codec in the future.

“AV1 is setting a new standard for video compression and delivery over the web, and will greatly improve the quality and availability of content streamed on our platform to global audiences,” said Naren Venkataraman, SVP of Technology at Vimeo. Vimeo has adopted AV1 in the streams of its "Staff Picks" channel. Twitch is targeting 2022 or 2023, with general support expected by 2024 or 2025.

As a general-purpose compression standard, there are many uses other than video streaming, such as gaming, video conferencing.

AOMedia declare AV1 codec offers 30% compression than HEVC, which means that AV1 codec can reduces the bitrate by 30% but remain the same quality for 4K UHD video. However, though AV1 is better at video compression than other codecs, it takes longer to encode content, around 3 times that of HEVC.

As the efficiency and performance of VP9 are pretty similar to AV1, it is often termed as AV0 (an earlier version of AV1). In terms of compatibility, modern browsers (except the previous version of IE9) all support VP9 video encoding, and of course the WEBM video format. Undoubtedly AV1 comes with better performance as the successor of VP9, it focuses on the encoding and compression of ultra-high-definition videos, including support for higher bit rates, wider color spaces, and faster frame rates, in an attempt to play 4K60P videos directly in the browser.

Given that AVI is becoming popular these days, people might wonder how can they watch AV1 video on PC with ease. In this part, we’d like to share several proven ways to enjoy AV1 codec video, go ahead and check them out.

Step 1: Go to the official page to get AV1 Video Extension
Step 2: Click on “Get in Store app” button in blue, and hit the “Open Microsoft Store” once the message box pops up on page.
Step 3: Select the “Get” option in the Microsoft Store, then it will download the AV1 codec and install it automatically.
Step 4: Restart Windows.

2. Use a versatile media player application

To terminate the file format problems, the last method is to use some top video converter tools to decode the AV1 videos and transforming them into diffusely used media formats like MKV/MP4 files. Here I’d like to recommend Leawo Video Converter, which is a powerful program to convert files between 180+ formats, such as Video_TS to MP4, MOV to MP4, AVCHD to MP4.