How to Screen Record with Audio on Windows?

How to Record Audio from Computer?

Leawo Screen Recorder, as the first recommendation, is the most cost-effective choice in this post. This software is more than a screen recorder, which can also act as a webcam recorder, audio recorder, and screen capture. Each module can be activated individually, or can be enabled as a supplement to another running module. In addition, you can freely add annotation, real-time drawing, narration, mouse click effects, cursor animation, watermark, and more to your recordings. The following will introduce the detailed steps on how to screen record with audio on Windows using Leawo Screen Recorder.

Click button below according to your computer system to download and install the latest version of Leawo Screen Recorder on your computer.

Before screen recording with audio, you can first set output parameters like output directory, format, quality, frame rate, etc. Click the three-bar icon in the top-right corner and choose Settings option to bring up the Preferences panel. Then, click Output tab to set screen recording parameters. Click OK button after settings to go back to the main interface 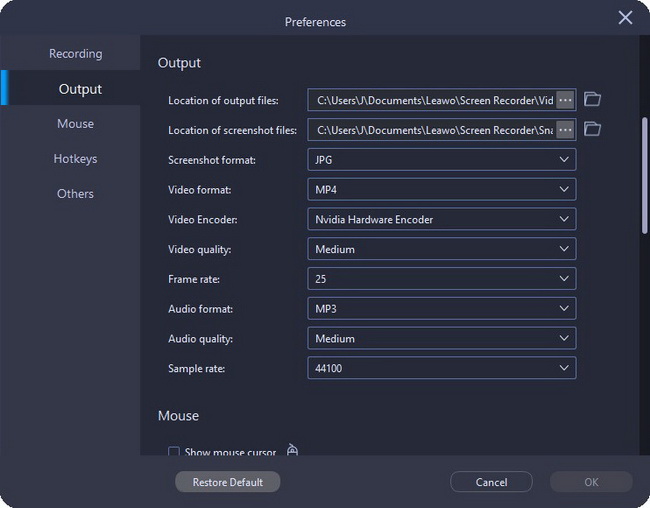 Click the REC button at the right to start screen recording with audio. Alternatively, you can press the default hotkeys to start recording – Ctrl + Alt + S. 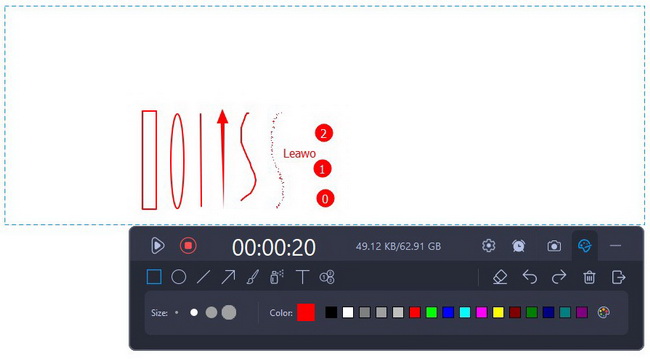 Once the screen recording is complete, click the Stop button to stop recording. Then, on the Record History panel, you can manage all your recordings without efforts.

Part 2: How to Screen Record with Audio on Windows Using Xbox Game Bar?

Xbox Game Bar is a built-in feature on Windows 10. It was originally designed for gamers to record game that is played on PC or streamed from Xbox console. Apart from basic screen recording feature, it can also help you access and control all kinds of useful things during gameplay like sound controls, performance statistics, or frame rate. However, it can be used to record screen with audio from other open desktop software. To use this feature, first you need to make sure your PC supports one of the following encoders – Hardware Requirements for Capturing on Windows 10. 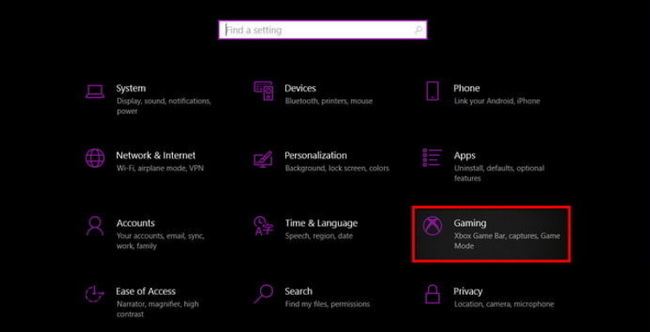 In the Xbox Game Bar panel, toggle on the first button to enable Xbox Game Bar feature. Then, click the Captures tab in the left column, where you can set output directory and audio recording source. 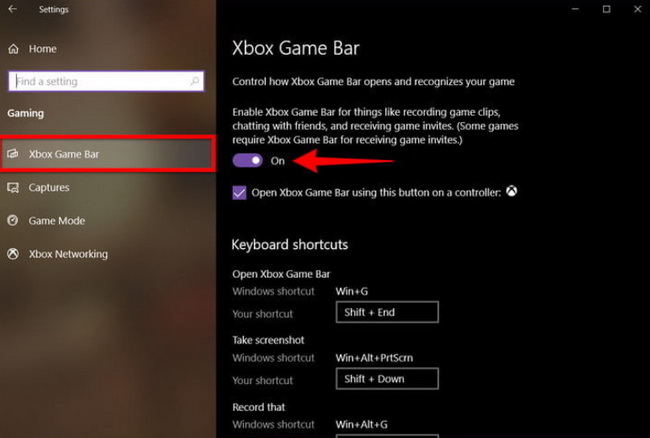 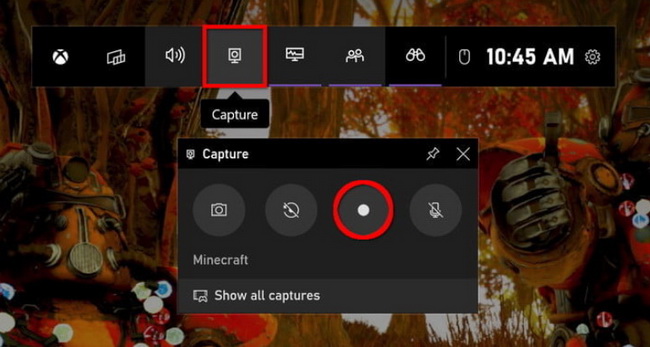 Part 3: How to Screen Record with Audio on Windows Using Camtasia?

Produced by TechSmith, Camtasia is one of the most influential screen recorder. It is actually a software suite that allows you to record any screen activity as screencast, and then edit the record by adding notes and annotations to draw attention to areas of the screen. Nevertheless, Camtasia is not free. For beginners, once the 30-day free trial period ends, it may be expensive - the latest version of this software costs $299.99. But if you are a regular user to make instructional videos, the price may be reasonable. Because it allows you to create tutorials and presentations with various powerful tools and features, including animated backgrounds, graphics, and so on. 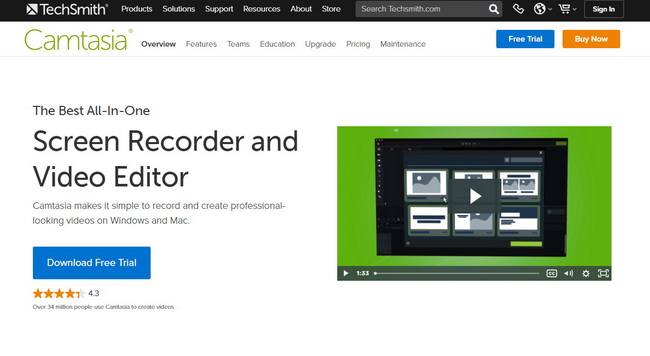 Launch Camtasia after installation, and you will be led to its Editor window. Click the Record the screen button in the top-left corner to create a new screen recording project.

A screen recording frame will automatically pop up with a control widget. By default, it will record the full screen. You can drag the white squares on each edge, or enter specific dimension to adjust the recording frame. Furthermore, to screen record with audio, you can click the triangle button next to Audio off option to choose audio source.

Click the rec button to start recording. Once the countdown appear on the screen, you will not be able to perform any operations on your computer. Finally, click the Stop button or press F10 on keyboard to stop recording screen. A previewer will pop up and you can view the recording. If everything looks satisfied, click the Save and Edit button, and you can then edit the recording with Camtasia video editor.

Part 4: Comparison of 3 Methods to Screen Record with Audio

The above three methods can all record screen with audio particularly well. If you only have the most basic needs, then you can totally rely on Xbox Game Bar. But if you have more advanced needs, such as adding annotations, real-time drawing and voiceover to the recording, then Leawo Screen Recorder and Camtasia will be better choices. Compared to Camtasia, Leawo Screen Recorder has almost the same functions as Camtasia while the price is only one-tenth that of Camtasia. Therefore, we believe that Leawo Screen Recorder is the most cost-effective option among all screen recorders. Below is a comparison table between 3 methods to screen record with audio. You can pick an ideal fit according to your personal needs.