"Just got my Game of Thrones full box set in and while watching the Blu Ray I’ve noticed season 7 episode 2 isn’t full hd instead it’s 1680x1048. Why is that? Everything else is full 1080p besides this episode. I’m using MakeMKV and handbrake. All episodes are full 1080p besides the one mentioned. Anyone else have this issue?" - Posted by u/imJGott on Reddit.

Have you ever encountered the same problem while ripping the GOT Blu-ray (purchased) for playing flexibly? Here today I’ll show you guys how to rip Game of Thrones 4K Blu-ray/Blu-ray to lossless video format that is supported by mainstream devices, let’s get started!

Part 1: What to know before ripping Game of Thrones

Being one of the most popular TV series produced by HBO, Game of Thrones went viral since it aired in 2011 with a fantasy plot and amazing scenes. Game of Thrones series is adapted from a novel named A Song of Ice and Fire, first published by award-wining author George R.R Martin in 1996. The name of TV adaption is inspired by the title of the first book in Martin’s series.

Back to 2019, HBO released GOT completed series Blu-ray, which contains all 8 seasons of GOT as well as 2 bonus discs. Even though the Blu-ray set provides a digital copy code to redeem on iTunes, Vudu and Google Play, people may still need access to playing the TV series on any other devices such as tablets, mobile phones. It’s not a facile task to rip the GOT disc to common video format as the Blu-ray set comes with copy protections, which means you can’t rip the GOT collection with regular Blu-ray ripper software. Thankfully, Leawo offers proven solutions to rip GOT disc collection, including regular Blu-ray and 4K UHD. 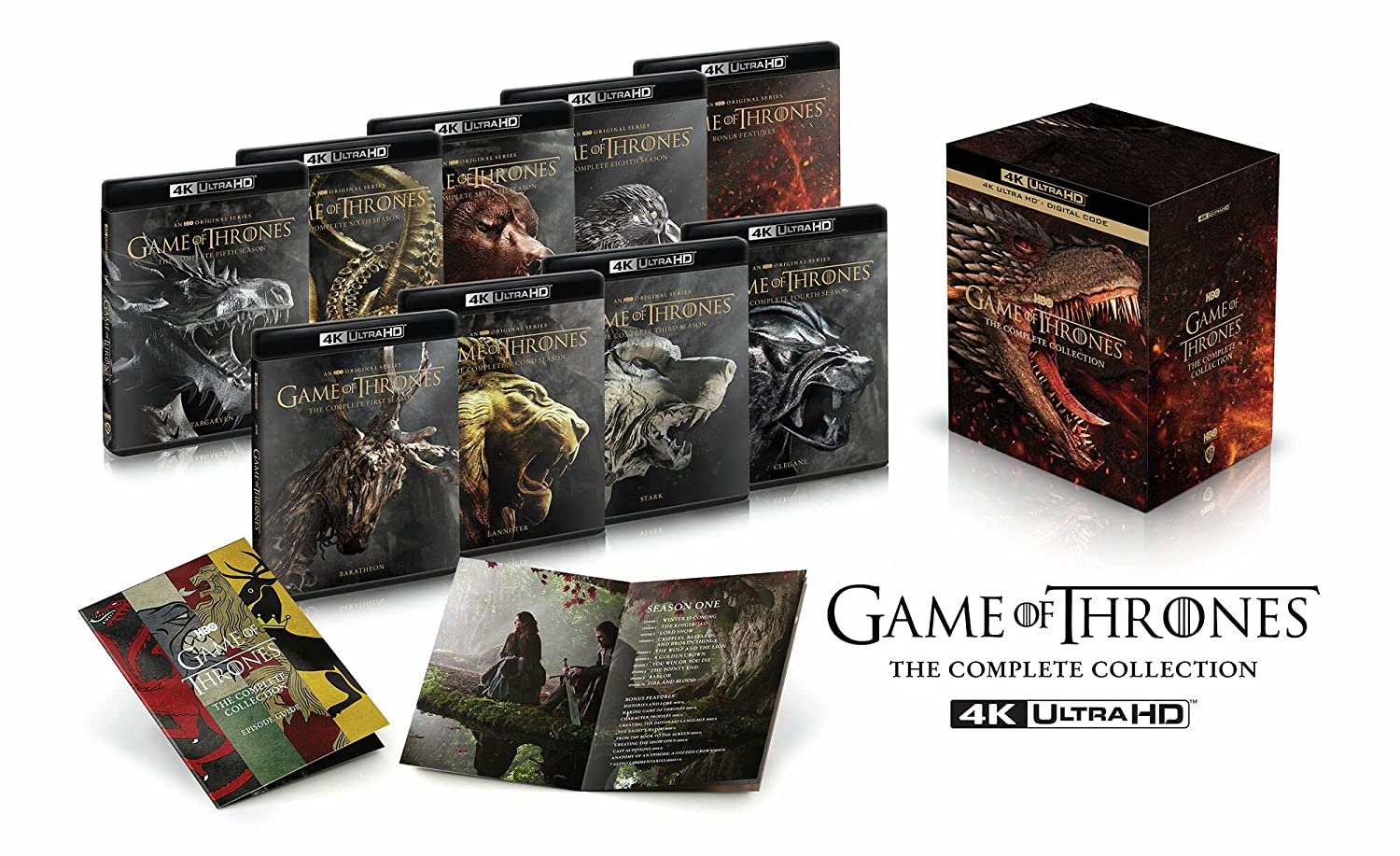 Part 2: How to rip Game of Thrones Blu-ray for playing on other devices

Part 3: How to rip Game of Thrones 4K UHD Blu-ray for playing on other devices

The Game of Thrones completed series arrives on 4K Blu-ray on Nov. 3, 2020, featuring 73 episodes along with bonus content. The digital copy is also contained in the set but only available in the US. In such scenario, Leawo UHD Ripper helps convert the purchased 4K Blu-ray disc and makes it possible to play 4K Blu-ray offline or on any other devices. More than that, you are allowed to edit the import 4K Blu-ray files to gain customized video contents, for instance, trimming video length, cropping video size, adding an image or text watermark, adjusting video effect, merging files into one, applying 3D effect for source 3D/2D UHD Blu-ray.

How to use Leawo UHD Ripper? Click the drop-down box next to the "Add Photo" button and then click "Change" button to enter the "Profile" panel. Then, open the “Format > Lossless video” group to choose “Multi-track MKV” as output format. This will help you convert 4K Blu-ray to lossless video. Click the green "Convert" button to set the output directory in the “Save to” box on the popup sidebar for saving the output lossless MKV files. You could see the required space here as well. After that, click the “Convert” button at the bottom of the sidebar to start converting 4K Blu-ray movies within Leawo UHD Ripper. Then you only need to wait for the conversion to complete. Once the conversion completes, you could then stream the converted 4K Blu-ray GOT to other devices as you usually do.