How to Convert MOD Files to iMovie Effectively?

I have a bunch of MOD files which were recorded using my Canon camcorder. I truly enjoy these precious memories that I want to make a small movie clip via iMovie on my Macbook. I meet troubles importing them to iMovie. What should I do now?

The above is a frequently asked question. To solve this issue, we need to convert MOD to iMovie compatible format using a reliable and powerful program. Before getting a step-by-step guide on converting MOD files to iMovie, we'd better try to understand the issues that users frequently encounter and why MOD files fail to be imported to iMovie.

Issues about importing MOD files to iMovie vary. Some users say that when they try to import videos from their JVC, MOD files fail to work with iMovie which prevents the MOD files from being imported to iMovie. Some report the issue of not being able to edit MOD files on iMovie due to some playback errors after import. Similar issues also occur for Panasonic camcorders. All these problems prevent users from editing the MOD files on iMovie and bring much trouble to them. In short, iMovie seems not compatible with MOD and does not recognize MOD files, which cause inconvenience to edit MOD files on iMovie. Many users feel puzzled and may ask why iMovie cannot support MOD files for editing. In the following section, this question will be answered in details.

Part 2. Why MOD file cannot be imported to iMovie?

To explain the situation here, let's see what formats are supported by iMovie first. iMovie only supports the file whose video codec is DV/HDV, MPEG-2, MPEG-4, H.264, or AIC. MOD files are used and were created by Panasonic and JVC for digital video recording with tapeless camcorders. MOD video can be viewed on a computer with a player that is capable of reproducing MPEG-2 video. If an MOD video contains an incompatible video codec, the file will either not import into iMovie or will exhibit playback issues after import. In this case, you may need to convert the video file to iMovie compatible video format. In the following, I will introduce an amazing video converter to you for converting MOD to iMovie compatible format.

Leawo Video Converter is a widely used program for converting files of more than 180 formats from one to another. With powerful editing features such as adding watermark, 3D effect, trimming or cropping files, it offers users a lot of opportunities to personalize the output file based on their own requirements. Besides, conversion speed via Leawo Video Converter is 6X faster than its rivals. That's why this program is highly recommended to convert MOD to iMovie here. Here I would like to show you the detailed guidance on how to convert MOV to iMovie supported on Mac with Leawo Video Converter for Mac.

Step 2: Import an MOD file to the program.

Launch the program, click Add Video or directly drag the file to import it to the Convert page. Note that you can add a bunch of files at a time by clicking Add Video Folder. 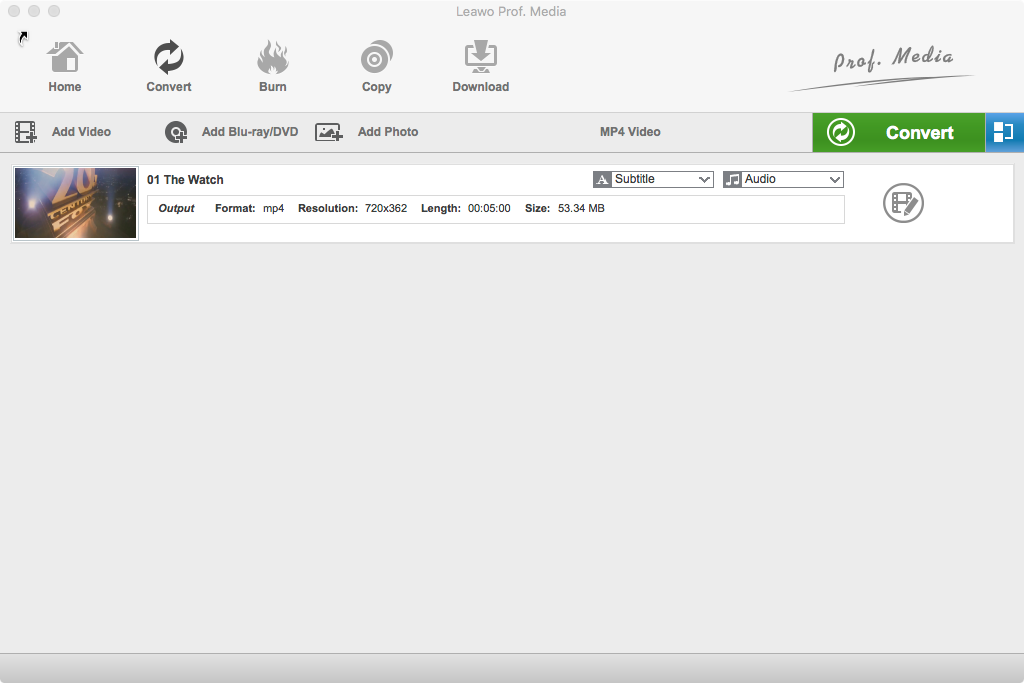 Choose "Format" > "Common Video" to locate the target format or search MP4 from the quick search box on the left. MP4 is an internationally recognized format and widely used by iMovie so we choose it as an example in this article. 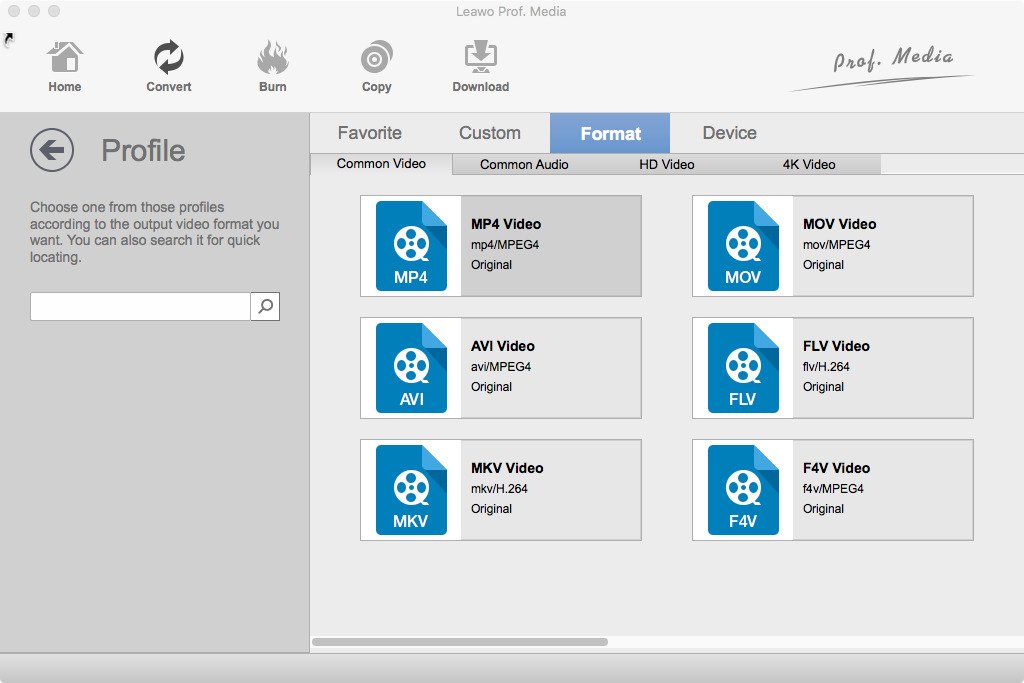 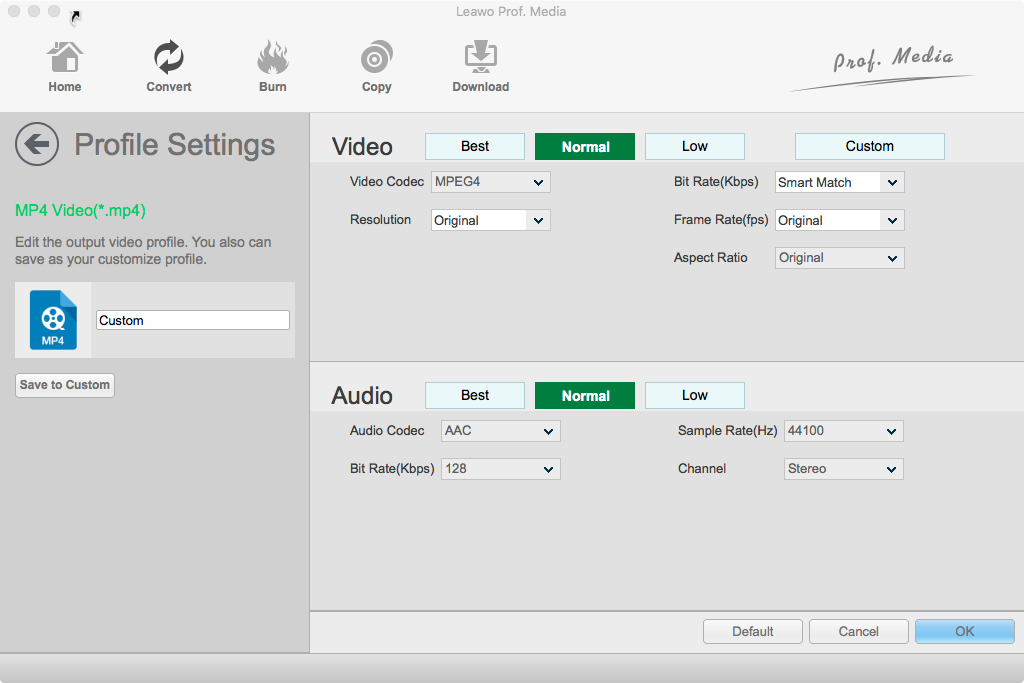 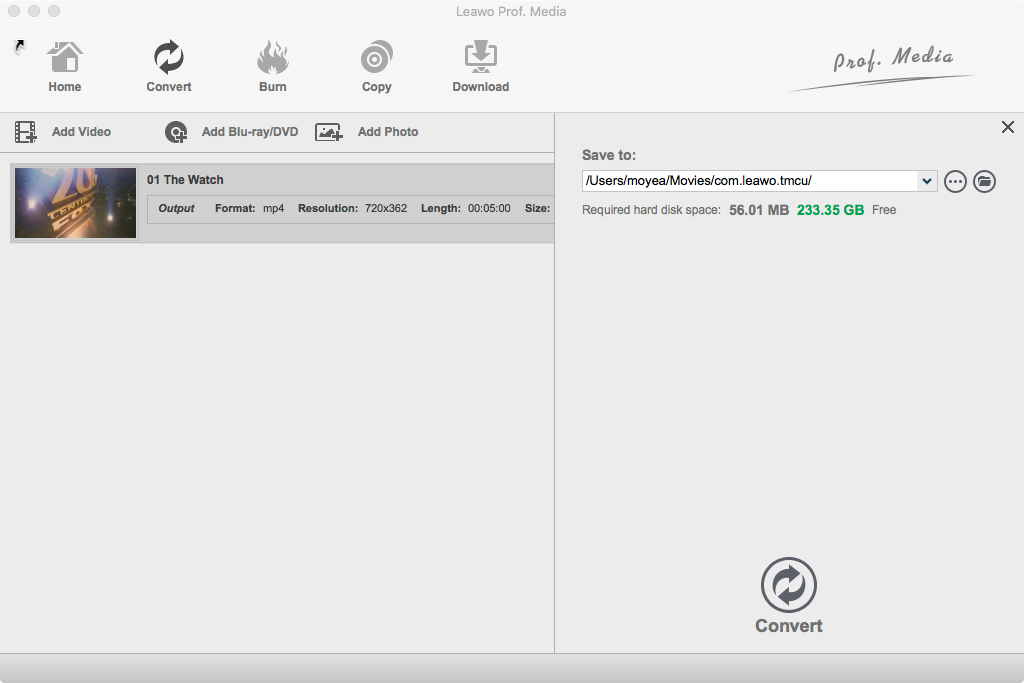 After the conversion completes, you will get your converted MOD file and it is ready to be imported to iMovie smoothly. You are free to do any editing on iMovie now.

Thanks to Leawo Video Converter, many issues concerning file conversion can be solved effortlessly. The all-in-one video converter incorporates convert, burn, and download into one program, which greatly facilitates users to convert files to whatever format they desire. With regard to convert MOD videos to iMovie for editing, Leawo Video Converter perform extremely well and users are able to edit MOD files before the conversion using the built-in features such as removing noise, adding watermark, 3D effect, trimming, and cropping. With this program, you can convert as many files as you like for free. Why not have a try?