Comparing to DVD, Blu-ray movies always obtain higher quality that you can see from the original video file. However, the Blu-ray discs on your shelves, most of the time, can be hard to travel through so many places. Or, in some cases, your Blu-ray discs may be lost or damaged due to scratches, fingerprints, breakage, etc., which will cost much more than making backups. The solution is to copy the movie contents onto your laptop or other portable hard disks, which also enables you to enjoy Blu-ray movies on the go. Thus, the Blu-ray copy application is born to be put into this position. A Blu-ray Copy program is capable of backing up your Blu-ray collections to hard drives with digital copies or other blank discs. This post lists 10 best Blu-ray copy software for Blu-ray backup.

Part 1: What Do You Need for Blu-ray Backup?

In comparison, copying Blu-ray discs are much more complex and comprehensive than DVD discs. In order to make an accurate copy of Blu-ray content, you have to make everything ready so that all the Blu-ray copying process can be completely finished in the perfect way. What do you need to copy Blu-ray? The following list can be your references. Thanks to advancements in technology, Blu-ray copy software makes cloning or backing up your Blu-ray Disc possible, despite the strong encryption that comes with them.

Coming in the first place of the best Blu-ray copy software, Leawo Blu-ray Copy can decrypt anti-piracy protections easily, letting you watch everything you want ignoring the region automatically. In addition, this program concentrates on processing subsequent encryption issues. For example, it will approach the internet and send reports for further analysis then fetch the feedback solutions every time when you read a new video on Blu-ray disc. Every single piece of copies made by Leawo Blu-ray Copy software is of 1:1 quality as the advanced technology preserves all the meticulous details from the original Blu-ray files. Moreover, it supports different modes for entering the copy process with a 6X higher speed, assisting users to optimize time management. Additionally, you can feel free to put subtitles and audio tracks into your backup so that no language barrier will occur. 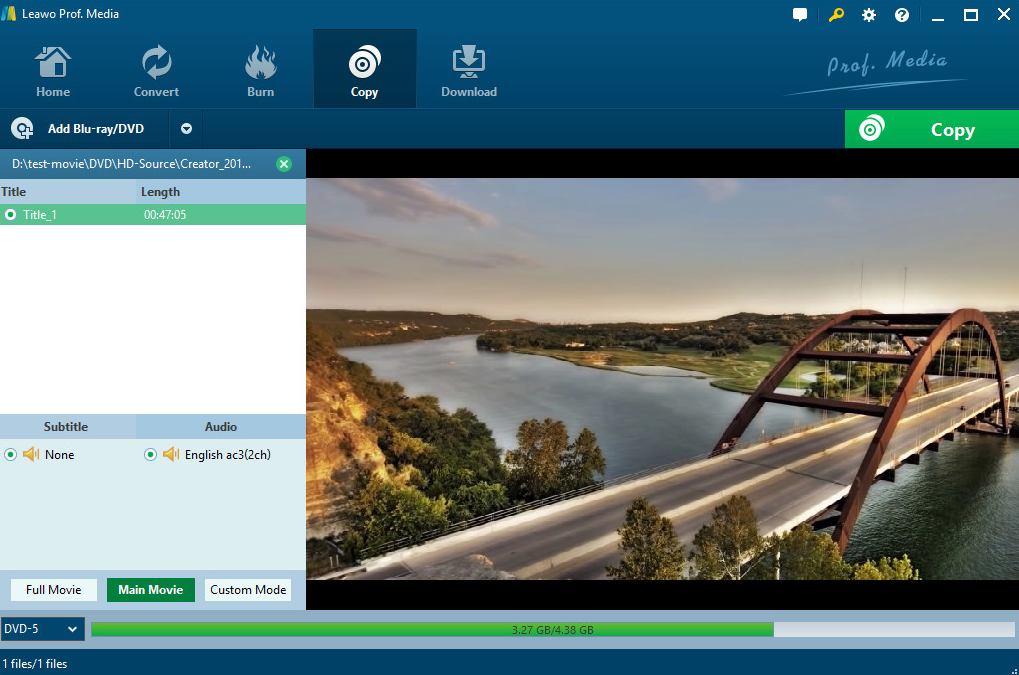 The second Blu-ray copy recommend is Leawo Blu-ray Ripper. Technically, it’s a Blu-ray ripper for users to rip movies off of Blu-ray discs, but the video you get from the program can also be consider as a backup. The most important reason to recommend it is that it can rip your Blu-ray collection with original quality retained. While you have a video file that has all the data in the original disc, all you need is a suitable disc burning program like Leawo Blu-ray Creator to help you create a new copy of the original disc with original quality. Also, lossless MKV is not the only output format the program provides, you can also create a backup of your Blu-ray collection in formats like MP4, which would allow playback on mobile devices. 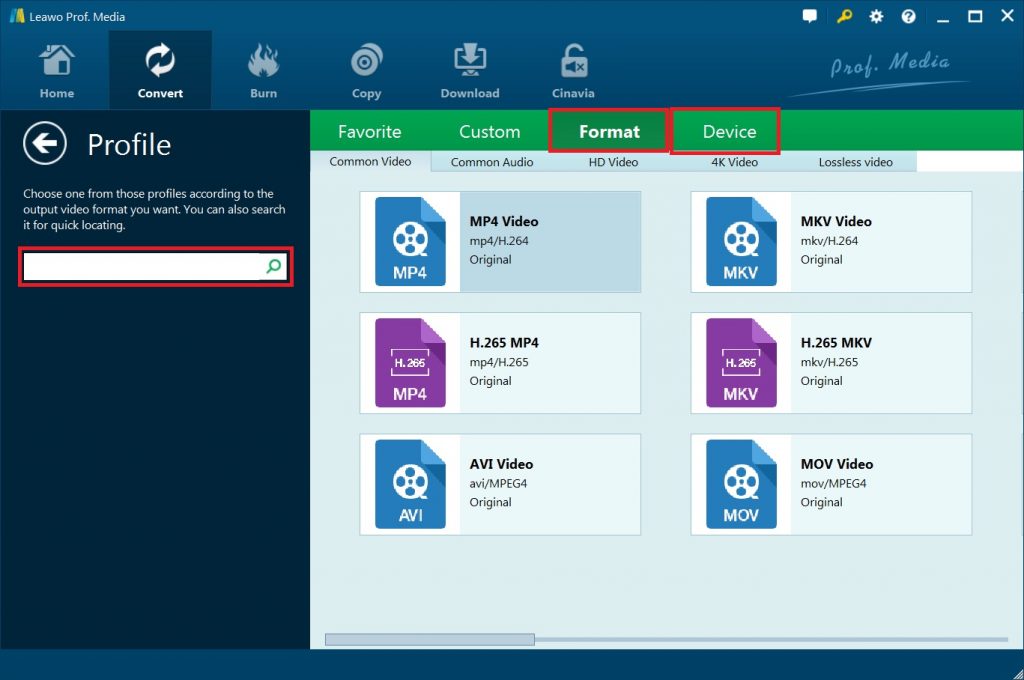 BurnAware is a family of full-featured and free burning software to create CD, DVD and Blu-ray discs of all types. Home users can easily burn bootable discs, multisession discs, high-quality audio CDs and video DVDs, make, copy and burn disc images. Power users will benefit from BurnAware's advanced options, including control of boot settings, UDF partition and versions, ISO levels and restrictions, session selection, CD text for tracks and discs, data recovering, and direct copying. However, it could only copy and back up unencrypted Blu-ray discs. 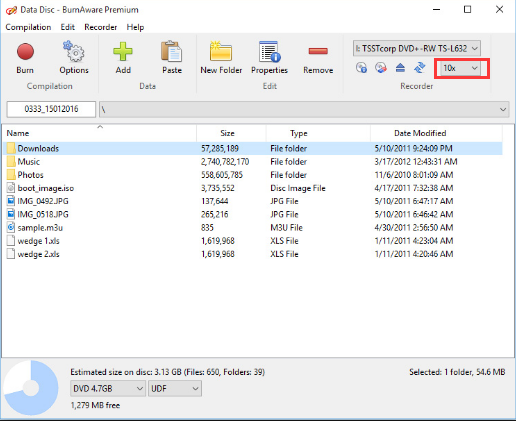 HandBrake is a piece of lightweight small extreme practical video conversion software. The interface is simple and clear while it can guarantee the convenient and fast operation. HandBrake supports Win / Mac / Lin operating systems, hundreds of converting video formats, and comes with compression function. No special skills are required to use handbrake to directly convert DVD and Blu-ray movies into AVI / MPEG4 format, as well as MP4 and OGM output, AAC and Vorbis encoding. What’s more, it is also a video transcoder or converter program intended to both rip and convert video files to work on a number of supported devices. The downside of HandBrake is it does not decrypt commercial Blu-ray/DVD discs, as it only supports non-commercial discs for this task. 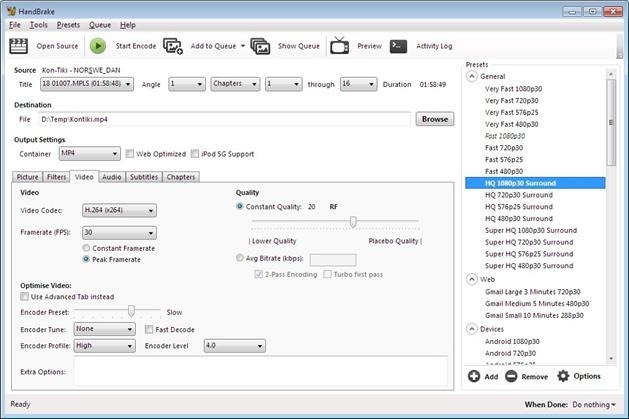 Blue-Cloner maybe not as popular as others in the market, but it is really excellent in the high copying speed. With this copying program, you can make Blu-ray or DVD copies and burn backups of your original discs with ease and accuracy. You are allowed to select the chapters, titles from the disc and also, you can choose the content from two discs and finally merge them into a full one without any quality loss. If you have the basic copying speed, you can only turn to the Express version which is simpler and easier. But this expert will be more proper who those who have higher requirements. The copying program's speed is also very high which will not spend you too much time in loading and writing the disc. 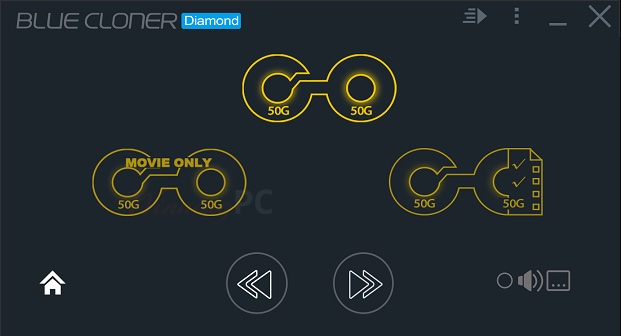 FilePop HD Platinum is another excellent Blu-ray Copy software, which enables you to copy or back up your Blu-ray Discs to your computer or another blank writable disc. With options like 1:1 copy, main movie copy and custom copy, you can create a disc with the content you want. The program has some technical jargon that can be tricky to understand at first, but it is a fully functional Blu-ray burning software application to consider. More important, FilePop HD has the capability to bypass Cinavia, a digital watermark. Unfortunately, it only supports Windows, and it will set you back $89.99 to get the license. 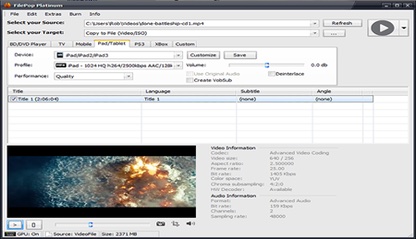 CyberLink Power2Go is actually an all-inclusive media solution combo that enables you to burn and create CD, DVD and Blu-ray discs, convert video and audio files for transferring to multiple portable devices for on-the-go enjoyment, back up and recover Windows system files and data, download online videos like YouTube for offline enjoyment any time as you like, etc. Though this it lacks commercial Blu-ray disc decryption function (which could be done with a third-party plugin), the program is user-friendly and easy-to-understand, which is a decent choice for backing up data and personal media such as photos. 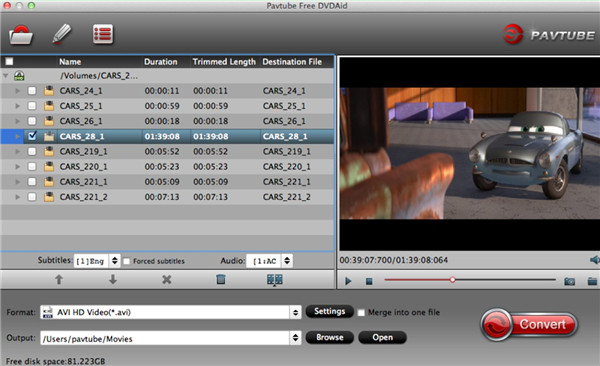 Nero is one of the biggest names for anything to do with CD, DVD and Blu-ray Disc ripping, copying and burning. It has a built-in Gracenote Technology, and the SecurDisc 4.0 Technology which allows you to encrypt the discs you burn. Moreover, it can help you to span large files over multiple discs, just in case you have data that is too large for a single disc. However, it doesn't have decryption functionality. Therefore, it can only copy noncommercial discs and help you do basic edits to produce the kinds of discs you want. The software can span large files over multiple discs so that you don't have to worry about limited space. 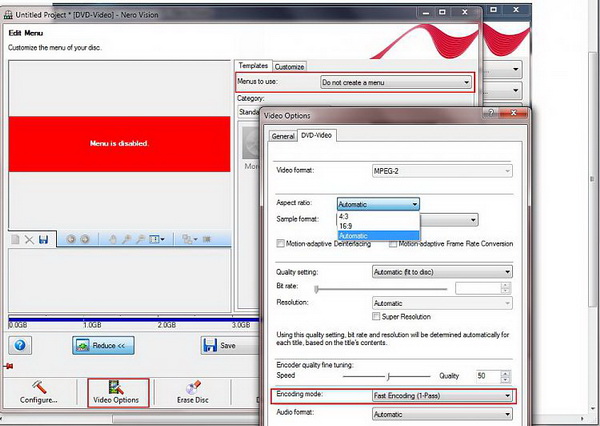 MakeMKV is mostly known as a Blu-ray ripper, which can also be regarded as the best Blu-ray copier tool. It is capable of creating lossless MKV videos from your Blu-ray Discs for backing up on your PC. It also provides you with a one-month period to use the program for free. However, this software only supports MKV for output. Moreover, it has no disc burning capabilities, since it essentially functions as a ripper. Additionally, it has been years since it last received an update. It is available as a trial. 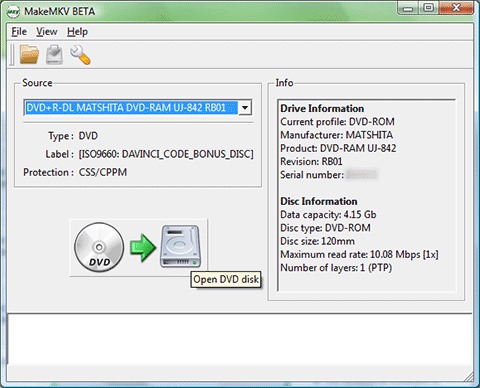 Just as its name implies, CloneBD is a powerful Blu-ray copy tool that allows you to copy any unencrypted Blu-ray disc to your hard drive or any blank Blu-ray disc. With just a few clicks, you can specifically copy the selected movie theme, soundtrack and subtitle file, or fully copy your original Blu-ray disc. CloneBD can perfectly copy Blu-ray disc with compression function, which enables users to compress BD-50 into a single BD-25, BD-9 or BD-5. CloneBD can also convert your Blu-ray disc to all popular file formats, such as .mp4, .mkv, .avi, etc. But this copying program is limited in compressing Blu-ray to fit onto smaller capacity discs or DVDs. 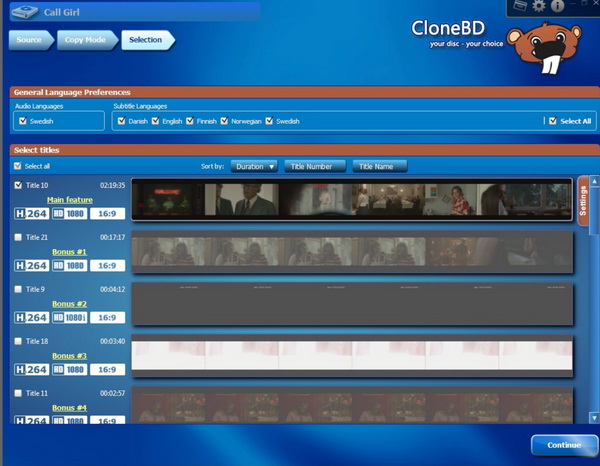 Part 3: How to Use the Best Blu-ray Copy Software to Copy Blu-ray?

After reading 10 best Blu-ray copier software, it’s not difficult for you to find that Leawo Blu-ray Copy is the best among them. Because it can not only copy Blu-ray to blank discs, but also copy Blu-ray to hard drive in digital formats. In addition, you can also use it to decrypt and back up any protected commercial Blu-ray disc with ease. For how to use this best Blu-ray copy software to copy Blu-ray, read on for detailed steps. Once the Blu-ray disc has been imported to the program, then you can find a lot of options for you, including video titles, audio tracks, and subtitles. Also, you can be able to select the different copy modes listed below, including "Full Movie", "Main Movie" and "Custom Mode" which respectively represents copying the whole disc, the longest video and preferred videos based on your own needs. At the bottom of the main interface, you can choose the purposed DVD formats, like "DVD-9" and "DVD-5". Once all parameters are set, you can click the big green button “Copy” on the top-right corner. But you should confirm “Copy to”, “Disc Label”, “Save to” options first. After all of them have been selected, then you can click “Copy” button to start copying Blu-ray.