All You Need to Know About Dolby TrueHD

Quite recently, Dolby TrueHD has been grabbing public's attention for its quality-lossless feature. Developed by Dolby Laboratories, Dolby TrueHD is a lossless multi-channel audio codec used in home-entertainment such as Blu-ray Disc players and A/V receivers. This quality-loss audio is often used as the audio standard for the BD-Video format while its predecessor Dolby Digital (AC-3) surround sound codec is used as the audio standard for the DVD-Video format. Here I am going to show you almost everything about Dolby Digital TrueHD to give you a clear mind about what Dolby TrueHD is.

Part 1: What Is Dolby TrueHD Audio?

Dolby TrueHD audio is one of the two best surround sound formats found in today's Blu-ray-based home theater systems. This lossless surround format is identical to the sound heard at the theater and comes across best via HDMI connection from Blu-ray players. Dolby TrueHD is a lossless audio format, which means there is no fidelity lost when encoded onto Blu-ray. A Dolby TrueHD bitstream can carry up to 16 discrete audio channels. Sample depths up to 24 bits/sample and audio sample rates up to 192 kHz are supported. Like the more common legacy codec Dolby Digital, Dolby TrueHD bitstreams carry program metadata. Metadata is separate from the coding format and compressed audio samples, but stores relevant information about the audio waveform and provides control over the decoding process. On the main interface of Leawo Blu-ray to MKV Converter, click “Add Blu-ray/DVD” button at the top left of program interface to pop up a drop-down box, and then click "Add from CD-ROM" to browse and load Blu-ray disc. Alternatively, you can directly drag and drop source Blu-ray files into the program. 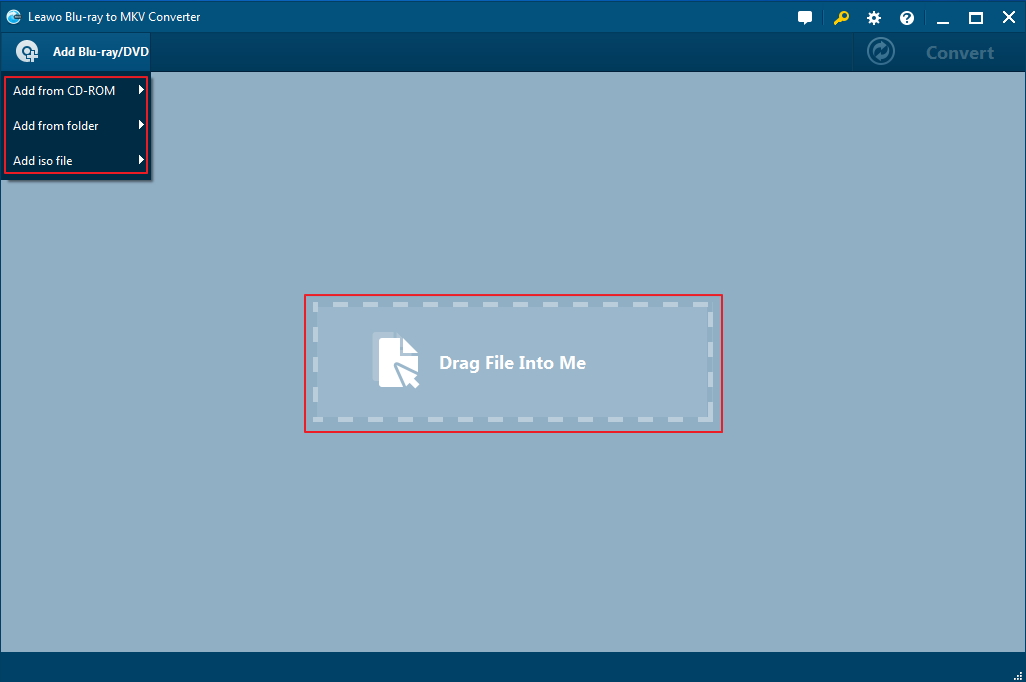 Once source Blu-ray content is selected, you will be provided three options for you to import Blu-ray file(s): Full Movie, Main Movie and Custom Mode. 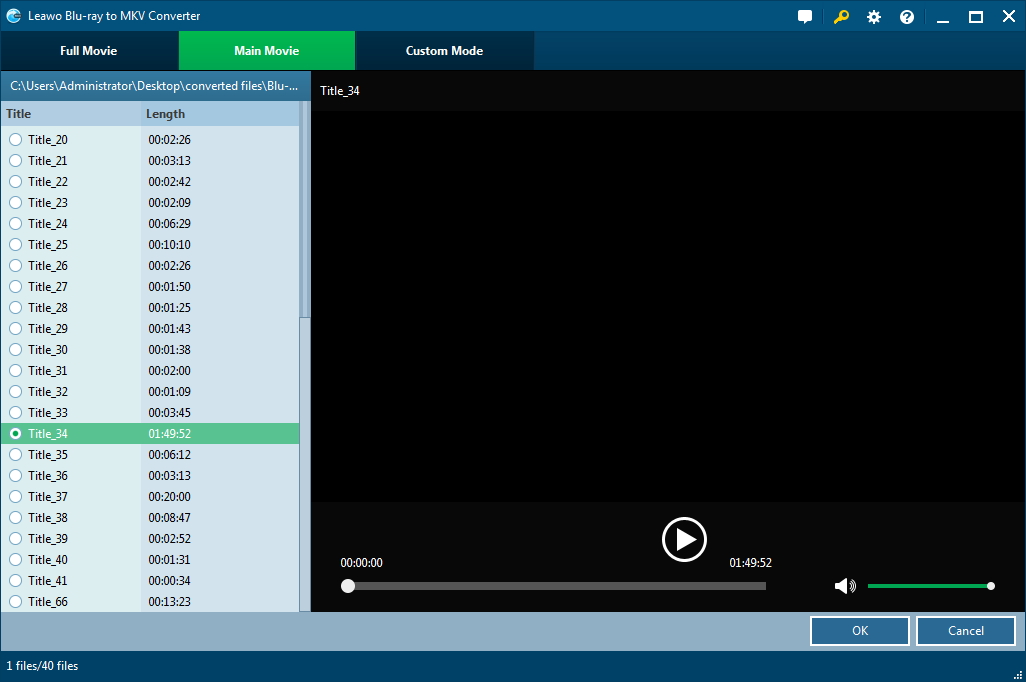 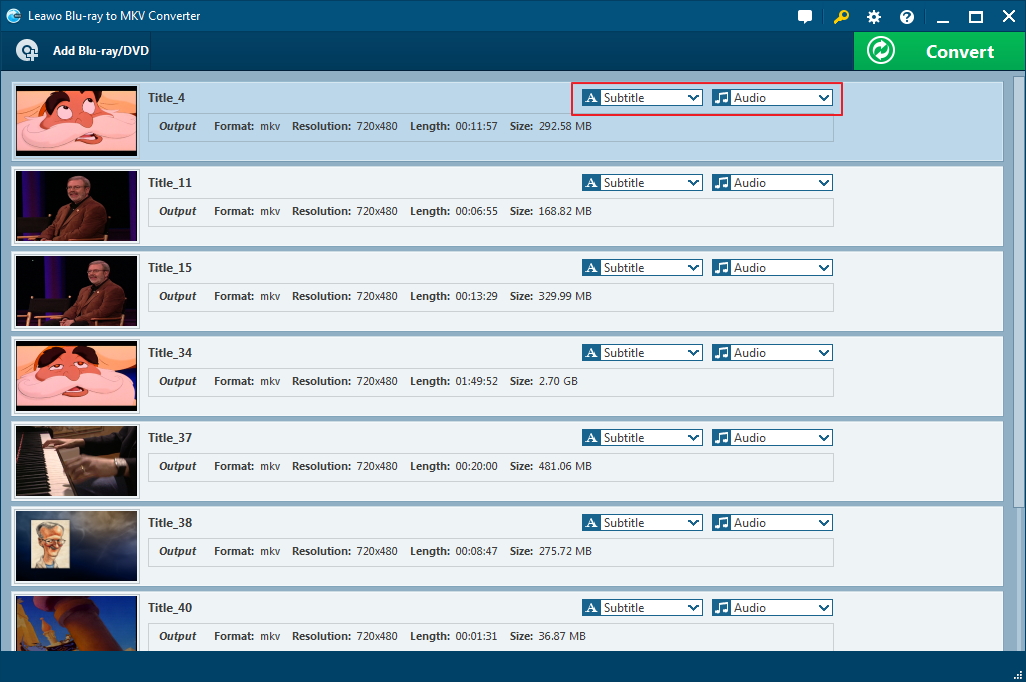 On the main interface, click the green “Convert” button at the top right to pop up a sidebar, where you need to set an output directory to contain converted MKV files in “Save to” box. 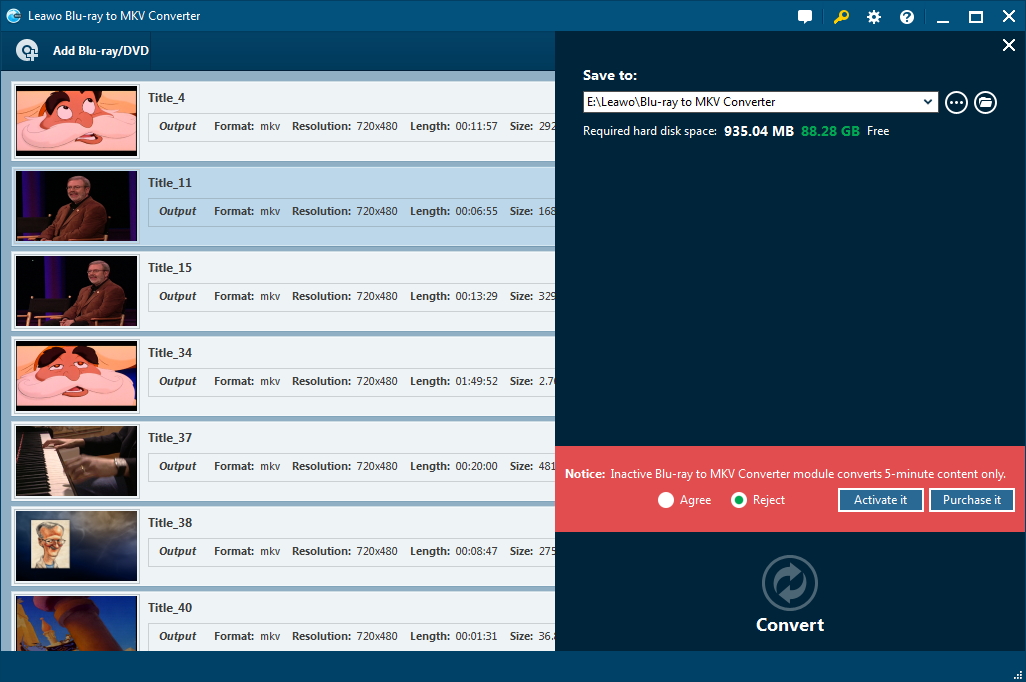 Click "Convert" button at the bottom to start to convert Blu-ray disc to MKV with Dolby TrueHD. Once the “Convert” button is clicked, you will be returned to the main interface, where you can preview, pause, or cancel the conversion process, and at the same time, you can set after-conversion settings as well. 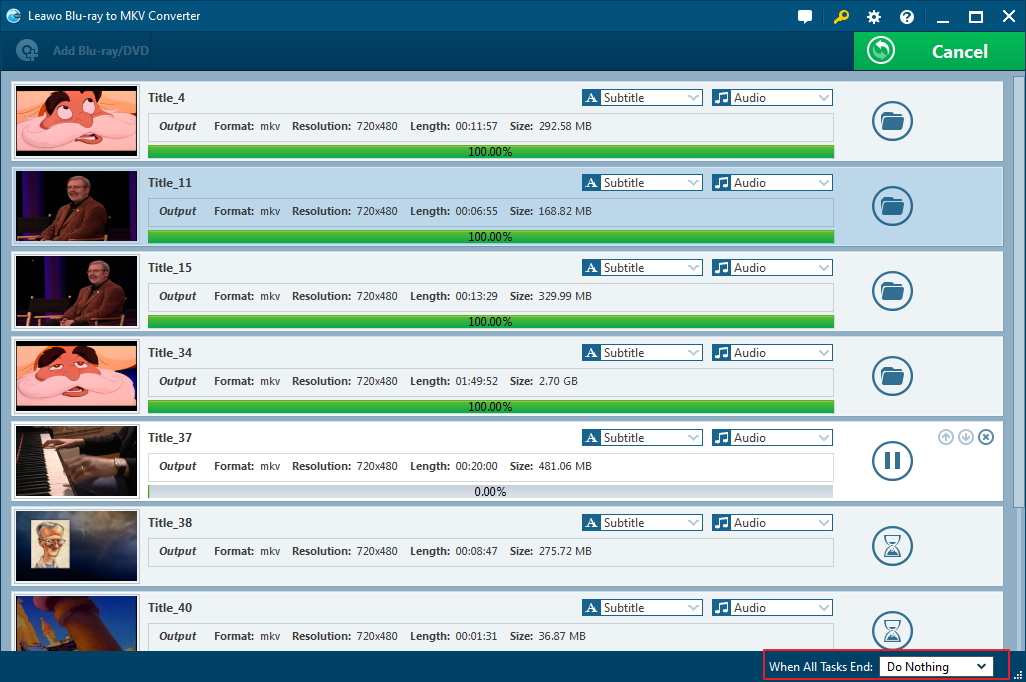 In conclusion, Dolby TrueHD is a quality-loss audio track resembling to that heard in movie theaters, and it is very common in Blu-ray disc. You can make use of a Blu-ray converter to rip and convert Blu-ray disc while keeping and preserving Dolby TrueHD.