As we are living in a modern digital world, 4K MP4 videos have brought improved movie experience for its high-quality image and large screen display. However, as a rising media type, many people have no idea how to play 4K media files and how to get the best quality of it. If you want to know more about 4K, there is a reference for What is 4K for detail. If you want to find a wonderful solution to play MP4 4K video on your computer, the below content would offer you 3 different ways to serve 4K MP4 contents.

4K MP4 video or MP4 4K video actually means videos of 4K resolution and of MP4 format. It's an MP4 file but the resolution is up to 3840×2160 pixels or 4096 x 2160 pixels. Designed as a brand new resolution standard for digital files, it is widely used for cinema and computer graphics as well. You could get 4K MP4 download from various 4K video sites. However, if you are going to play 4K MP4 video contents, you could make use of a professional 4K video player software that contains the process of decoding 4K video MP4. At current, there are very few 4K video player software apps available online. Leawo Free Blu-ray Player is considered as the best 4K video player by far.

What users can benefit the most from this best 4K MP4 player is the superior 4K video MP4 solution technology that delivers the 4K contents in its original way. Not only does it work for the 4K MP4 videos but this universal application can also support this a vast number of other formats, including AVI, MPEG, WMV, ASF, FLV, MKV, 3GP, VIVO, PVA, NUV, NSV, and so on. As a region free Blu-ray player, Leawo Blu-ray Player can play discs of any region code so users won't ever need to be bothered by the region code issue that has bugged a lot of player users.

According to your computer system, download and install the right app on your computer. It's free and clean to download. During playback, you could do some playback settings like select subtitles, set video and audio, click for full-screen playback, add another 4K MP4 video onto the playlist, etc. To get to each of those settings, you can right click on the main interface then choose the corresponding options. As you may have such doubt about why this classical tool cannot offer the MP4 4K video. Well, there is nothing to complain about the player itself. Yet the system was originally designed without the MP4 4K codec. Microsoft may not want to spend too much extra workload on the growing demand for 4K video MP4 since the encoding and decoding procedure can be a technological challenge. However, in this case, you are still able to play MP4 4K video on Windows Media Player. The key is to install the best MP4 4K codec packs for Windows as the compliment. You can get those from downloading K-Lite Codec Pack or Media Player Codec Pack, which is simply a package of many different codecs, all rolled into one for convenience.

We will take the K-Lite Codec Pack as the target codec to be put into the Windows Media Player and present the following step as to play 4K MP4 download.

Step 1: Download the K-Lite Codec Pack from the website. Since it is a virus-free tool, users will get it safely. While four versions are available, you can decide what to download including Basic, Standard, Full and Mega respectively.

Step 2: Install the K-Lite Codec Pack. Double click the icon after downloading successfully. You can see the interface of the setup. In this setup panel, users are free to select the components they like. If you are an expert, you can customize particular codec for some raw formats. Next, you can click the install button for completing the installation. Step 3: Now you can just open the Windows Media Player directly to play 4K video MP4 files. Because the codec pack is well built into the WMP, so there is no need to run the MP4 4K codec again.

In addition to the two 4K MP4 players above, if you want to try something else, then this section will introduce another 3 video players.

DivX Player is usually depicted as a 4K MP4 media player with high quality. The new version includes the playback of any media content file up to 4K in resolution. A large number of users are likely to choose this popular one to enjoy 4K video movies. Moreover, this software contains the support of HEVC video data and other formats with plenty of plugins. There are a couple of special features users would give excellent comments to this 4K MP4 player application. For example, it has the function to provide subtitles in different languages during playback, flick through different soundtracks or the motion picture in another language when available. This program can be familiar with some users who like to play media contents in daily demand. At the same time, this KMPlayer can be also seen as a capable 4K MP4 player. Even though it is lightweight, its small body allows users to playback 4K video data smoothly on Windows. More than videos contents, audio soundtracks are also offered. When your playlists consist of a large number of distinct file formats, such as AVI, ASF, WMV, AVS, FLV, MKV, and many more, this program can play them all without issues. Also, the KMPlayer can generate a tiny desktop footprint tool, which is like the minimalist interface that ensures playback of 4K video MP4 is quick and hassle-free. The last recommendation goes to the CyberLink software. When you have heard of this affordable and robust 4K MP4 player, there must be some impression about its features. That comprises the powerful playback of DVD discs and some video editing process. What's more, the PowerDVD can deal with the 4K Blu-ray and Ultra HD video resolution. If you have any new Blu-ray discs just released in the market, give it a try with this professional MP4 4K codec software. The specialized TrueTheater Lighting technology is able to improve image detail and colors while the TrueTheater Surround feature would bring you expanded stereo output options. While the sections above recommend a few good 4K MP4 players, most streamers won't let you download 4K video from them, which might get you into trouble. Fortunately, here we will recommend a video downloader capable of downloading up to 8K - CleverGet Video Downloader. Not only that, but it also supports more than 1000 websites, including YouTube, Twitter, TikTok, etc., which makes you want to enjoy 4K MP4 videos without any worries. In addition to MP4, it can also save videos in MKV, WEBM, and M4A, which also gives you a few more options. What's more, for efficient video download, it supports batch download and hardware acceleration, which makes download speed 6 times higher. Next, you will learn how to use this software to download 4K MP4 videos to your computer.

Download CleverGet Video Downloader and install it on your computer.

Input the target 4K MP4 video in the address bar and hit “Enter” on your keyboard. Once the video is played, the software will automatically start analysis. 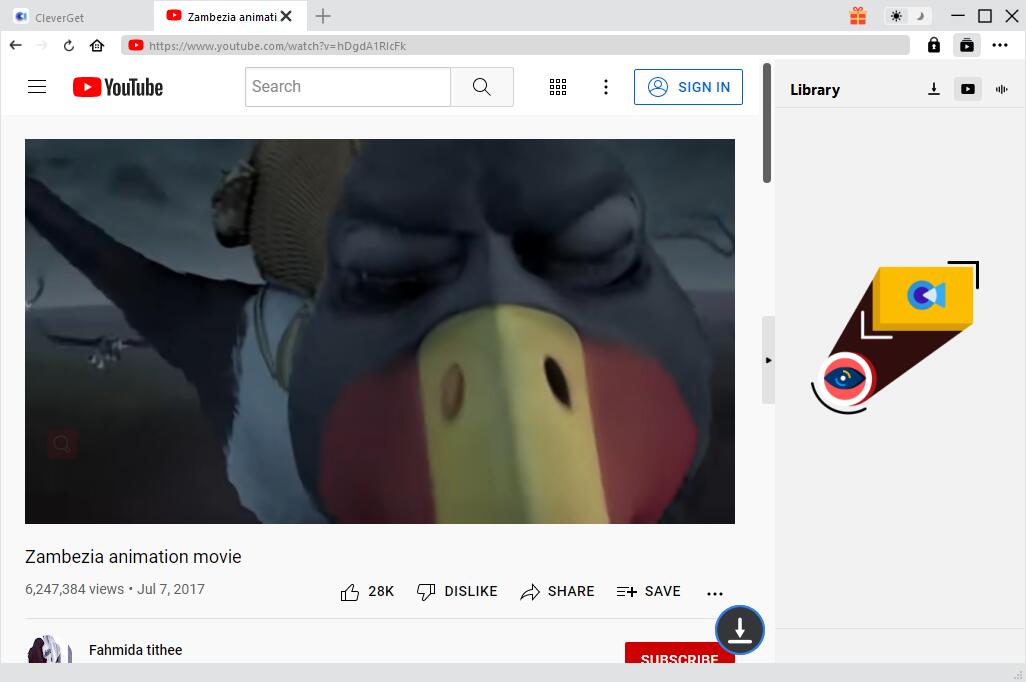 Within a few seconds, all downloadable videos will be listed in different sizes, qualities and formats on the pop-up window. You can choose the option you want to download and click the blue "Download" button to download 4K MP4 videos. On the "Library" sidebar, you can also manage downloading tasks and downloaded videos. 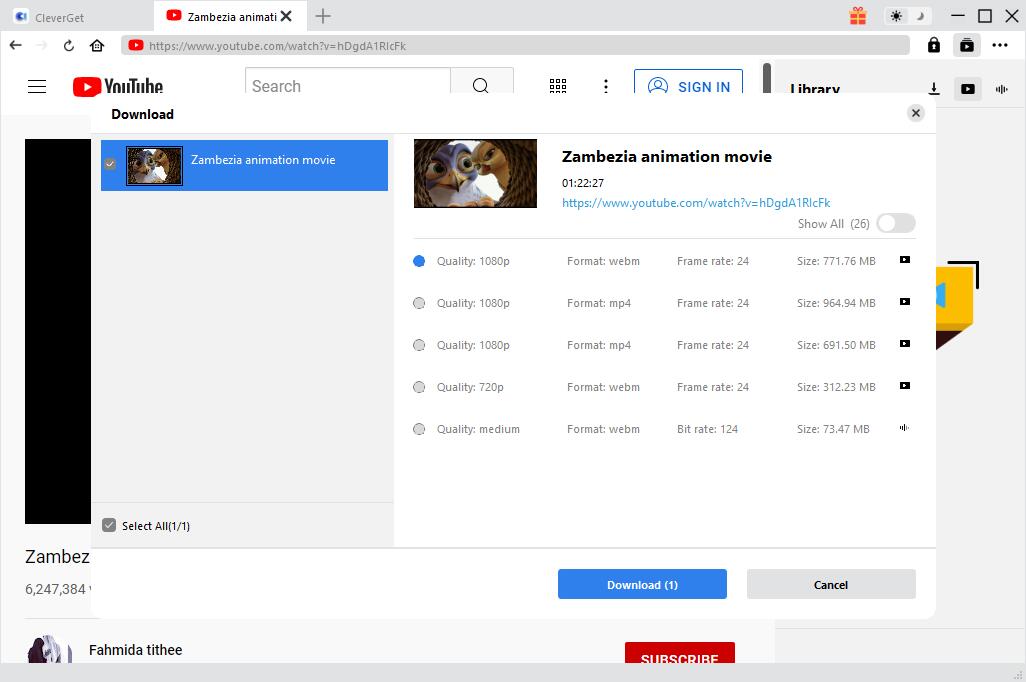 If you already have a video downloaded on your computer and you want to convert it to 4K MP4 video, then you can try the methods introduced in this chapter. Also, since MP4 is the most popular video format that is accepted by most media players, you could try to convert video to 4K MP4 video, no matter your source video files are a 4K video or not. A 4K video converter should be able to retain the original video quality, or even up-convert 2K, 1080P video to 4K video MP4 format. As one of the top video converters, Leawo 4K Video Converter is such kind of 4K video converter app.

Click the button below according to your computer to download Leawo Video Converter. Then, install and launch it. Click the drop-down box next to the "Add Photo" button and then select the "Change" option to set the output format. Choose a format from "Format > 4K Video" group as output format. Currently, there are only 2 4K video formats available: 4K MP4 and 4K MKV. You're suggested to choose 4K MP4 as output format. After setting the output format, click the big green "Convert" button and then set output directory in the "Save to" box on the popup sidebar. Make sure the target folder has enough storage. After conversion, the converted video would now be in 4K MP4 format saved on your computer. You could then take advantage of Leawo Blu-ray Player to play back the created 4K MP4 video easily since this is a free 4K player and an MP4 player.

In the days of 4K MP4 digital media, the trend of making use of 4K TV and 4K video streaming sources to enjoy 4K movies is getting in a main way. Picking up a good 4K monitor can be tricky, but you can always have the best software to solve the problems of watching MP4 4K video. To the most extents, Leawo Blu-ray Player is the top option you can trust in terms of the 4K MP4 player. Besides, if you want to download 4K MP4 movies, CleverGet Video Downloader is always the firm choice. Also, for advanced video contents of 4K MP4, the conversion process could be very easy and fast by utilizing Leawo Video Converter on your device. In this way, enjoying the MP4 4K movies would be happening in everyone’s home. 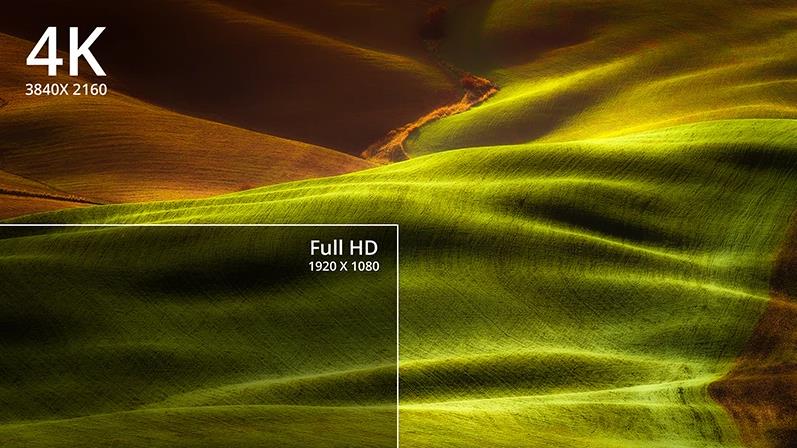