With the spreading popularity of 3D movies, the combination of 3D and Blu-ray has been the mainstream for movie watching. 3D on Blu-ray is the only way to get full-resolution images for each eye. As die-hard HD movie fans, it would be amazing interest to collect HD movies, especially 3D Blu-ray discs. There are times when we need to copy and backup 3D Blu-ray discs for either sharing or safekeeping. This would not be difficult once you choose the right tool and solution. This guide would show you how to copy 3D Blu-ray disc on Mac and PC.

The main source of high-quality 3D is via 3D Blu-ray discs. There are a growing number of titles, though these still number in the dozens, not hundreds. Worse, many of the most desirable titles are brand exclusives. So in order to get "Avatar" in 3D, you need to buy a Panasonic product. To get "How to Train Your Dragon" you need to buy a Samsung product. But all these disc work on any 3D BD player.

So how does 3D on BD work? The logical assumption is that each eye's content is encoded on the disc sequentially (the frame for the left eye, then frame for the right eye), just as how it's shown on the TV.

All Blu-ray 3D content is encoded at 1080p/24. However, the two frames are stacked on top of each other. In a rare example of simple nomenclature, this is called frame packing.

Because of extra data included with the two frames, the total amount of bits is slightly more than if it were a true 1080p/48 (1080p/24 x 2) signal. It is, as you see above, a 1,920x2,205p/24 signal. Because of this, a theoretical full resolution 1080p/30 3D signal would require greater bandwidth than 1080p/60. True, the HDMI spec can handle this extra bandwidth, but that doesn't mean the current generation of HDMI transmitters/receivers can. In order to get 3D to the market in a reasonable amount of time, the choice was made to limit the frame rate to 24p (nearly all movies), rather than incur the extra development time and money on chips that could handle an increased bandwidth to handle higher 3D frame rates. So it goes. The most important thing to understand is that because 3D from Blu-ray is actually less data than 1080p/60, you probably don't need some "3D-capable" HDMI cable to get 3D to work. It's very likely your current high-speed HDMI cable will work. All the ones I have do. Check out my article on why all HDMI cables look and sound the same for more on this and why cheap HDMI cables work great.

Known to all, due to frequent insert-and-eject in disc drive, Blu-ray discs (including 3D Blu-rays) are easy to break. Meanwhile, Blu-ray discs are quite fragile upon lightly strike or unitentional drop onto the floor. Scratches could be easily printed onto the Blu-ray disc faces. To keep 3D Blu-ray discs safe, most people are in need of a perfect 3D Blu-ray backup solution.

In addition, compared to the high price of 3D Blu-ray disc, people could get a copy of original 3D Blu-ray disc with a far lower priced blank writable Blu-ray disc, less cost for either making the copy as a backup or sending it to friend for movie sharing.

How to Backup 3D Blu-ray Disc on Mac with Leawo Blu-ray Copy for Mac: 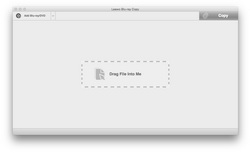 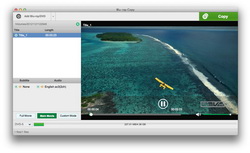 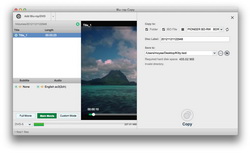 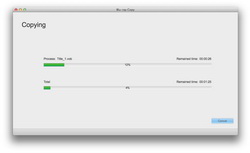 1. Insert a blank writable Blu-ray disc into another Blu-ray recorder drive and then choose it as target under "Copy to" option. If you only get one Blu-ray recorder, choose to create "ISO file" first and then follow the below steps to copy created 3D Blu-ray ISO image file to Blu-ray disc.
2. It is noted that you need to choose "Full Movie" mode in case of destroying 3D movie structure.

If you want to copy 3D ISO image file to writable blank Blu-ray disc, check the below steps: 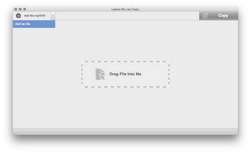 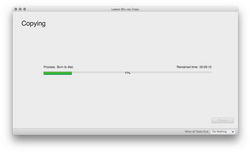 In December 2009, the Blu-ray Disc™ Association (BDA) finalized the specification for 3D content on Blu-ray Disc™. BD 3D delivers full HD 1080p resolution to each eye, regardless of whether that display uses LCD, plasma, or LED technology.

Do I have to wear glasses? What kind?

The viewer still has to wear polarized glasses, but in Blu-ray™ 3D, the glasses have LCD active shutters that are synchronized with signals from the TV. The shutters rapidly block the right- and left-eye views alternately so each eye receives the correct image. This technology provides higher resolution than simpler X-Pol glasses because in Active Shutter technology, each eye sees all the lines in the video, whereas in X-Pol each eye sees only half the lines.

Do I need a new screen to watch Blu-ray™ 3D?

Do I need a special Blu-ray™ Player?

Yes. 3D – compatible Blu-ray Disc™ players will be marked with the BD 3D logo. These are known as Profile 5 players.

What kind of video file is used for 3D Blu-ray™?

The Blu-ray Disc™ Association has chosen the Multiview Video Coding (MVC) codec to store 3D, so that even though it provides a full 1080p frame for each eye, it will only require about 50% more storage space compared to the 2D version, and all 3D discs will be fully backward compatible, in 2D, on existing players.

Do I need to shoot stereoscopic video to create Blu-ray™ 3D?

You can create original content in stereoscopic 3D, or you can add the 3D effect to 2D video by creating an offset image in post production.

The basic authoring concepts for Blu-ray Disc™ carry over from 2D to 3D. Sony Creative Software’s DoStudio and Blu-print have support for 3D authoring.

Are Blu-ray Disc™ menus in 3D?

The BDA defines a specification for 3D menus in HDMV mode and BD-J.