As of now, all the X-Men movie series have been available in both Blu-ray and DVD disc on Amazon and other stores. X-Men is the first REAL attempt at bringing a Marvel Comic to life on the silver screen. These well-written figures not only leave enough cheese and in-jokes for fans of the comics, but also cheer up newbies with excellent plot. With the Blu-ray and DVD release of X-Men movie series, you could purchase X-Men Blu-ray disc and X-Men DVD disc freely to watch X-Men movies at home with your home theatre system. This post would introduce you more detailed information about X-Men movie series and effective solutions to backup X-Men Blu-ray/DVD discs.

The X-Men film series consists of superhero films based on the Marvel Comics superhero team of the same name. 20th Century Fox obtained the film rights to the characters in 1994, and after numerous drafts, Bryan Singer was hired to direct X-Men (2000) and its sequel, X2 (2003). Singer left the potential third and fourth films, leaving Brett Ratner to direct X-Men: The Last Stand (2006).

After each film earned higher box-office grosses than its predecessor, several spin-off films were released. X-Men Origins: Wolverine (2009), directed by Gavin Hood, features Wolverine's origin story. X-Men: First Class (2011), directed by Matthew Vaughn, focuses on the origins of Professor X and Magneto. The Wolverine (2013), directed by James Mangold, follows Wolverine after the events of The Last Stand. The seventh film, X-Men: Days of Future Past (2014), featured the return of the original trilogy cast and Singer as director, serving as a sequel to both X-Men: The Last Stand and X-Men: First Class. With seven films released, the X-Men film series is the 14th highest-grossing film franchise of all-time, having grossed over US$3 billion worldwide. It is set to continue in 2016 with the sequel to X-Men: Days of Future Past entitled X-Men: Apocalypse, along with two spin-off films, Deadpool and Gambit, with a third Wolverine film following in 2017. 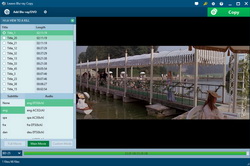 Click the big green "Copy" button. On the popup sidebar, set "Copy to", "Disc Label" and "Save to" options. After these settings, click the "Copy" button to start copying X-Men Blu-ray/DVD disc. 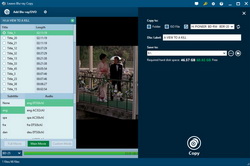 How to Rip and Convert X-Men Blu-ray/DVD Disc

After loading X-Men Blu-ray/DVD disc, on the main interface, right before the big green "Convert" button, click the drop-down box and then choose "Change" option. On the Profile panel, choose a profile as output format. 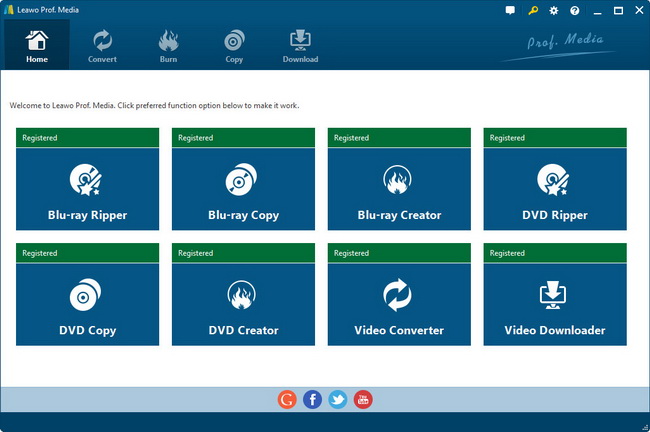 It could convert between video, audio and Blu-ray files in almost all formats. Converting Blu-ray to video or burn video to Blu-ray would be just a piece of cake. This Total Media Converter Ultimate could copy and backup Blu-ray/DVD movies to hard drive or blank discs, allowing BD50 to BD25 or DVD-9 to DVD-5 compression. Besides, this total video converter program also provides user-friendly and practical features, like making photo slideshow, burning slideshows to Blu-ray/DVD, editing video, specific parameter settings, 2D to 3D conversion, disc templates DIY, etc.