Some Beautiful Country Songs about Sisters

Living in the world, all people should have appreciation and respect for their parents. Thus, we have a lot of beautiful and meaningful poetry, articles and music in honor of our parents. In a family, the parents have a great influence on the children, and their parenting for every child is important and not able to be ignored. But, do you know, the sibling relationship in a family is also important as it is everywhere around us and accompanied with us during the process of growth. So, is it also necessary to express our gratitude to our siblings? Sometimes, we can hear some songs about siblings, they can be songs dedicated to sisters or brothers. It can be great if you have the talent to write a song yourself for your sibling, but it doesn’t matter if you can’t. If you have sisters, why don’t you choose the best song for sisters and express your love for them?

In this article, we will introduce you some good sister songs and some music groups who are formed by sisters.

In this part, we have five sister country singers groups to introduce to you.

It is a country sisters group from Texas, and they perform a mix of swing, country, and western music. Three sisters Grace, Sophia, and Hulda formed this band. The sisters launched their first album in 2003, “Texas Fiddlers”. And in 2007 and 2014 they also recorded the second album “Timeless” and third album “Every Which-A-Way”. Their third album ranked #38 on Billboard’s Jazz Albums chart in March that year.

It is a country sisters group from Texas, and they perform a mix of swing, country, and western music. Three sisters Grace, Sophia, and Hulda formed this band. The sisters launched their first album in 2003, “Texas Fiddlers”. And in 2007 and 2014 they also recorded the second album “Timeless” and third album “Every Which-A-Way”. Their third album ranked #38 on Billboard’s Jazz Albums chart in March that year.

This group consists of Miranda Lambert, Ashley Monroe, and Angaleena Presley. As an American country music group, they released the first album “Hell on Heels” in 2011. “Annie Up”, the second album was released in 2013. The leading single “Hush Hush” in the album helped Pistol Annies entered the Billboard Hot Country Songs chart at that time.

Three sisters Becky Scott, Emily Fortney, and Joanna Ott formed this American country music group. In this group, all the members are singer-songwriters and vocalists. After many years’ performance at hometown, the three sisters made their recording debut on Jennings’ album “Cowboys, Sisters, Rascals & Dirt” in 1998, which was produced by their father. Their debut single “Young Love” was released at the beginning of 2008, and it had entered the Billboard Hot Country Songs charts. Their second single “Different Breed” was also released in April in the same year.

This was a group consists of four sisters, Mary Fielder, Mary Ann Kennedy, Linda Moore and Pam Rose. After the band formed, the sisters had charted four times on the Billboard Hot Country Singles charts. Some famous songs from them we might know are “Send Me Somebody to Love”, “I’ve just seen a Face”, “Love Wheel”.

Two sisters named Brandon Jane and Leah Crutchfield from Mississippi formed Coldwater Jane. Their first single “Bring on the Love” was released in 2010, and which has charted on the Billboard Hot Country Songs charts. They launched an album “Marionette” in August 2011, which was their first album and received a lot of positive reviews from the public.

The above are five famous country music sisters groups. Actually, country music plays an important role among all music types; therefore, many country music groups and bands have come to the fore over the past years.

Part 2: Recommendation of Some Best Songs for Sisters

When talking about the songs to dedicate to your sister, we might want to know what kind of song is proper. Without doubt, country music is always a good choice. The songs about sisterhood should be warm and tender, and we know that country music is warm and kind, full of placid rhythm. To give best wishes to sisters on her birthday or her wedding, you should pick the most touching sister wedding songs or birthday celebration songs. Here, we have several songs about sisters.

It is a song from the album “Deux” by Megan & Liz, they are twin sisters from America. They are both songwriters, and Megan is the guitarist in the group. Their music career began on YouTube, because they always post original songs once or twice a week. And they’ve received 200 million views on their YouTube channel. “Home Is You” has agile rhythm and warm lyrics, which shows the deep relations between two girls.

The singer is Leighton Meester, yes, the well-known actress. The song “Summer Girl” belongs to the album “Country Strong”, it is about the country life during summer of some girls. The girls all have great time in summer even without boyfriends. They enjoy parties, beach and the sea. They have common topics and hobbies, care and concern for each other, all of these make them more like sisters.

This song is also from Megan & Liz. It’s mainly about the positive energy of sisters’ life. They encourage each other to live a better life, and forget the cheat of boys.

Bomshel was an American country music group from Nashville, Tennessee. It was founded in 2005 by Buffy Lawson and Kristy Osmunson. “19 and Crazy” was one song from their album “Fight like a Girl”. It mainly tells that the sisters’ life at the age of 19, it was crazy and free. It is a happy and energetic song.

Look, if you would like to find something that can express your love for sisters, the sister song is appropriate.

Part 3: How to Download Country Music for Siblings for free on Mac via Music Recorder for Mac

When you find those adorable songs, of course you want to download them to save on your own devices. But, we all know that some music have copyright, it’s not able for you to freely download music on some mainstream music download sites. However, if you don’t need to purchase them one by one, you can seek help from a tool, Leawo Music Recorder. It is a useful music recording program that lets you record music freely from built-in input audio, computer audio and online music sources. All of the recorded music files can be saved as MP3 or WAV format. It can be regarded as a great music download tool. Leawo Music Recorder has Windows and Mac version. Even on a Mac computer, you can use it without restriction. Now, you can follow the ways to use Leawo Music Recorder for Mac. 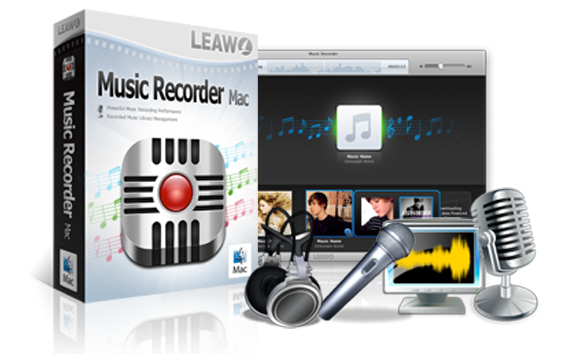 Step1. Download and install the Mac software on your Mac computer and then launch it. Click the little microphone icon on the interface, and then you’ll see the “Audio Source” panel. Choose the “Record Computer Audio” option. Step2. Go to “Leawo Music Recorder > Preferences > Format”, and set the output format. After that, go to “Preferences > General” to set output folder to save recorded songs on your Mac. Tap “OK” button to save settings after all these steps. Step3. Click the red “Start” button at the bottom left corner to record music when you’re playing them. To access to the Scheduler tab to set the start time and duration, you just need to click the second icon near the “Start” button. Click the red button again to finish recording on Mac. Step4. Leawo Music Recorder for Mac allows you to add music tags of the recorded music on Mac computer. You can adjust audio tags by entering “Library > All Recordings” to choose the audio recording and give a right click of it to proceed “Music Tags Edit” option. You can change recording title, artist, and genre. Still have hesitation? Come on and have a try, you can really download music from internet freely with Leawo Music Recorder for Mac.