How to Convert AVCHD to MPEG

Whether you like it or not, the age of camcorder card storage has come. It's not hard to find out that the majority of camcorders on the market are now using the card storage technology. It's not about whether the brand of camcorder you use. If you are an owner of SONY AX2000E, EA50 or Panasonic AG-AC160A, you should be familiar with the camcorder's memory card because without memory stick or SDXC/SDHC memory card your camcorder won't work for you.

When it comes to memory card, you must think of a video format that's closely related to it-AVCHD, a file-based format for the digital recording and playback of high-definition video. AVCHD is not a common video format on a computer or other mobile device because it is designed specially for camcorder. To make it easy to edit or play on a computer, we need to convert AVCHD to other formats. Therefore, in this post I will take MPEG as an example to show you how to convert AVCHD to MPEG.

Part 1: Know about AVCHD and MPEG

First of all, we should know some information about AVCHD and MPEG. As is known to all, AVCHD is the abbreviation of Advanced Video Coding High Definition, a high quality video compression technology developed jointly by Sony and Panasonic. AVCHD was initially used in 2006 for high definition consumer camcorders. It uses the MPEG-4 AVC/H.264 standard and supports 3D video resolution. For its high standard media presentation and perfect compression quality, AVCHD has been used as one of the most commonly used camcorder video formats.

MPEG is known as the Moving Picture Experts Group, a working group of authorities formed by ISO and IEC, is used to set standards for audio and video compression and transmission. You might be a little weird if just say MPEG, but you won't be unaware of MP4, the most useful format that is also called MPEG4 and it is one standard of MPEG. In addition, MPEG1 and MPEG2 are very popular with photography lovers and video makers because they are easy to edit and transfer. From above we know that ACVHD is not designed for computer, that's the reason why we need to convert ACVHD to MPEG.

After rough understanding of the two video formats, what I'm going to do is recommending the best AVCHD to MPEG converter for you-Leawo Video Converter.

Leawo Video Converter is a professional video to video converter in this world. It is an all-in-one converter which supports more than 180 different formats including MPEG, AVI, FLV, MKV, MP3, AVCHD etc. With it you can easily convert videos and audios between popular formats like converting MP4 to MKV. So you just need to trust the task to Leawo Video Convert and I promise that it can help you to convert AVCHD to MPEG without any quality loss.

Download and install Leawo Video Converter on your computer and then follow the guide below to convert AVCHD to MPEG.

Open Leawo Video Converter to enter the main program interface, and load your source AVCHD video which you want to convert by clicking the "Add Video" button. 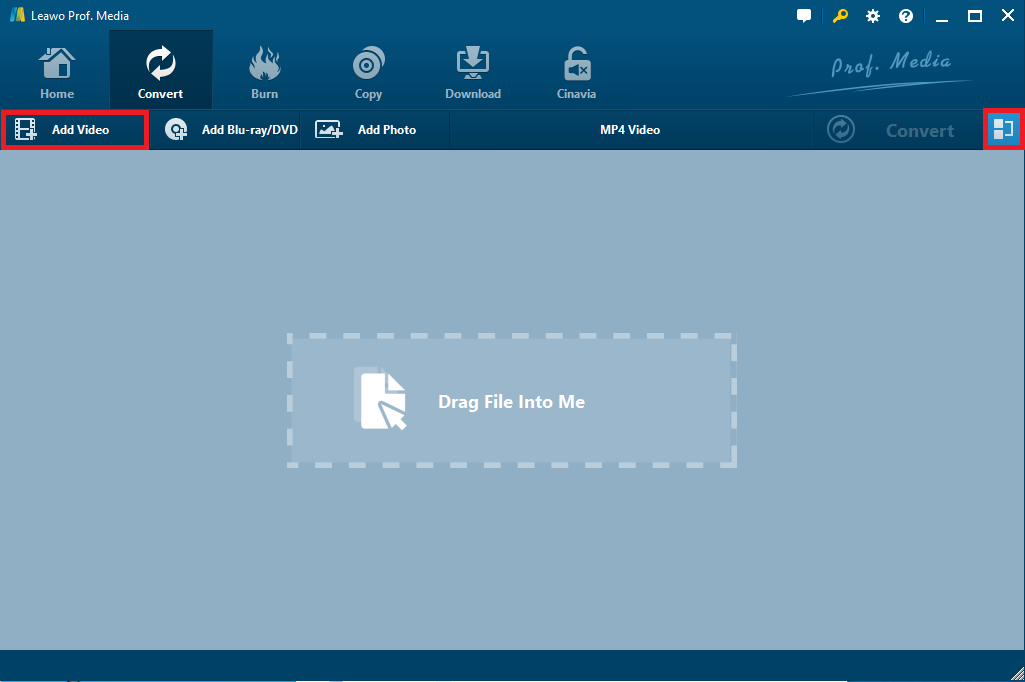 Click the drop-down box next to the "Add Photo" button and select "Change" option on the list. Then the child window you can find the "MPEG" format from the "Format" column. In this step I will take "MPEG2" as an example and select the "MPEG2" as the output format. 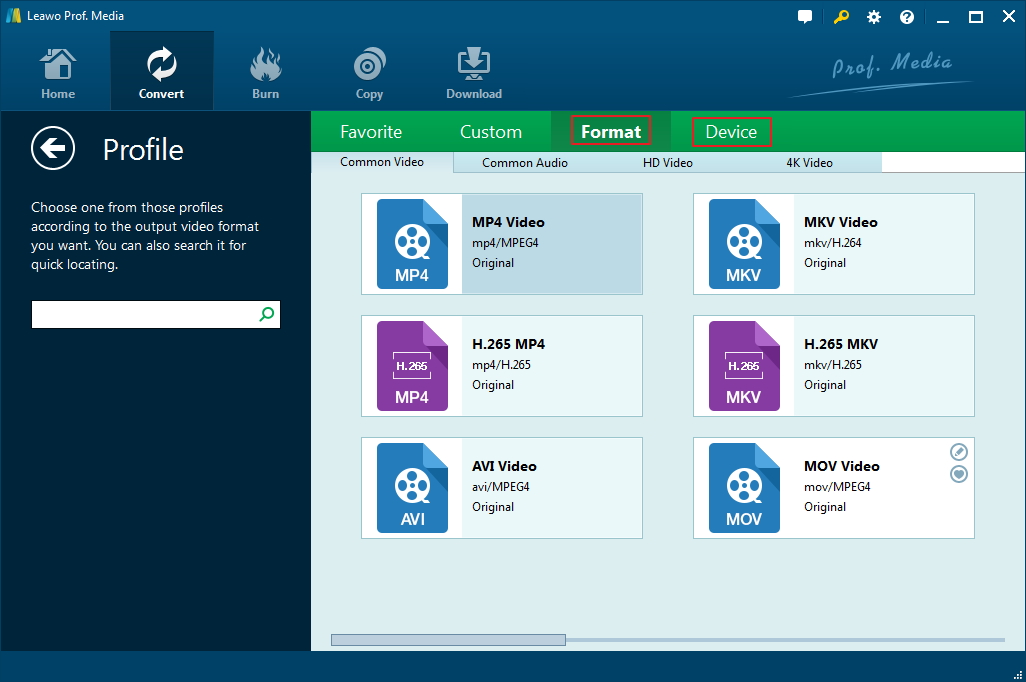 Note: If you find it hard to seek out "MPEG" format，you can use the searching box and input "MPEG" to find this format. 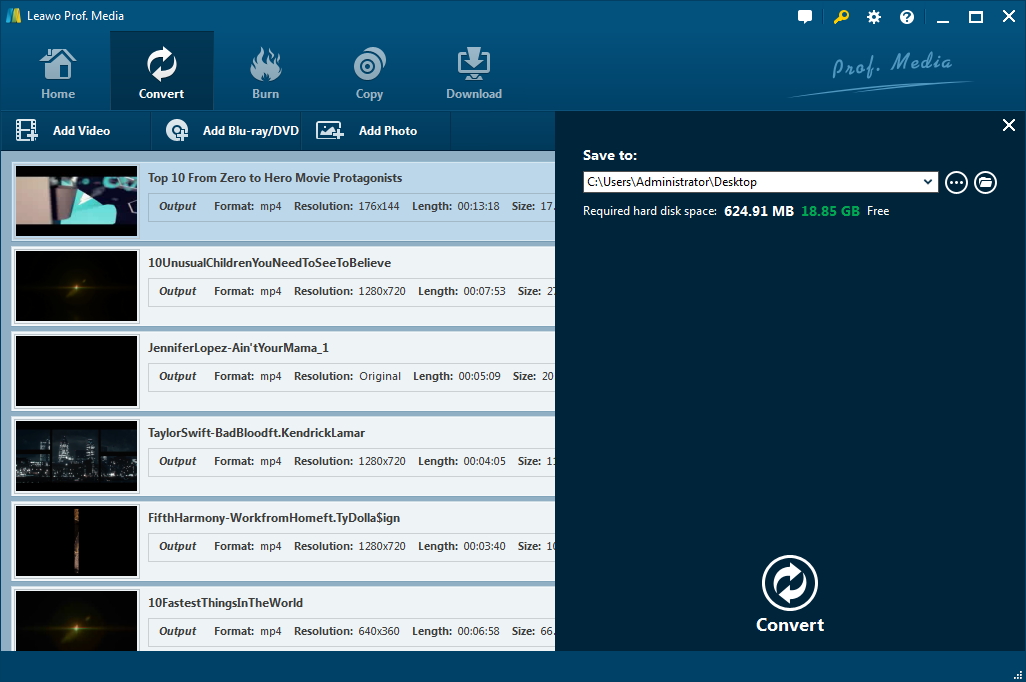 As you can see, Leawo Video Converter has been able to perfectly satisfy almost all of your conversion needs. If you still want to know some other free AVCHD to MPEG converter on the Internet, I think Freemake Video Converter is also a good choice to convert AVCHD to MPEG.

Freemake Video Converter is also an all-in-one video converter and it is as easy as Leawo Video Converter to use for its simple operation interface. After installing the program, follow the steps and get to start the conversion. Step 2: choose the "MPEG" as the output format and get start converting

Select the "Convert to MPEG" button on the bottom of the interface and then click the "Convert" button to get the work done. After the introduction of these two converters, if you are hesitating about choosing which one to use, I will make a comparison of the two converters for your reference.

From the above introduction and comparison table, it is not hard to see that Leawo Video Convert has more humane functions and a reasonable charging mechanism. Even using a free trail you can still enjoy most of the utility functions. As far as I'm concerned, Leawo Video Converter is better than Freemake and it is worth using for any video conversion.